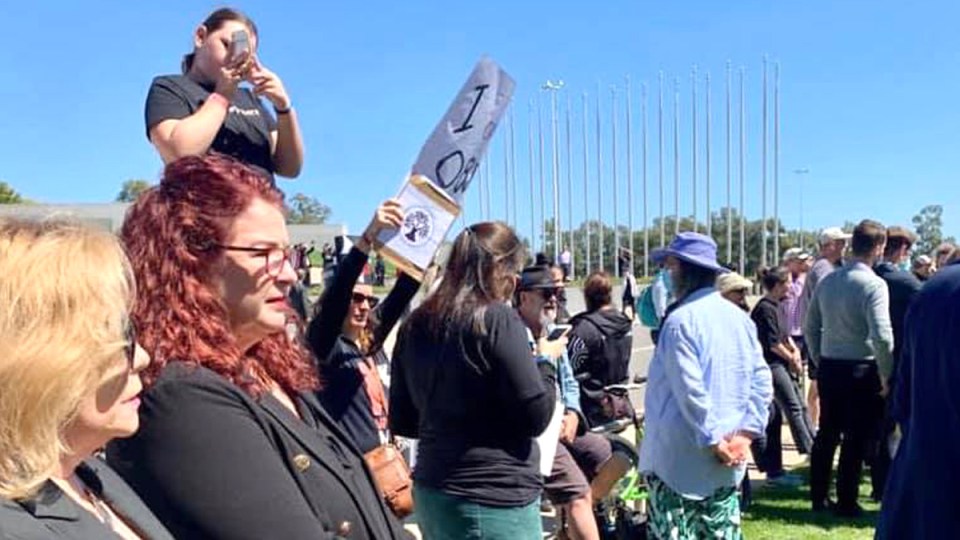 A senior Morrison government minister has spoken out against sexual violence and harassment, saying they are problems men need to fix.

“Let me be clear – this is a bloke problem, not a woman problem,” she wrote in The Australian on Friday.

“It is men who need to be better.”

Ms Price said she was not interested in a “man bashing” exercise and there were many good, respectful men who were horrified at the way women were often treated.

“But as a government, we recognise women are angry. We are listening. We are taking action,” she said.

“We know these are serious issues many workplaces and communities in Australia are challenged by.

“Everyone deserves to be safe in their workplace and our national parliament should aim to be a model workplace.”

The government has launched an independent review into workplace cultures in Parliament House, to be led by Sex Discrimination Commissioner Kate Jenkins.

Political staffers are being given extra legal protection to come forward with complaints of sexual harassment or abuse.

The federal government is making legislative changes to ensure information given to the review remains confidential.

Draft legislation was quickly introduced and passed by the Senate on Thursday night to ensure the information cannot be accessed through freedom of information requests.

The swift passage ensures the House of Representatives can pass the bill next week.

Leader of the government in the Senate Simon Birmingham said the bill would protect information provided to the inquiry.

“This review is a historic opportunity to ensure our workplace is an exemplar for the nation in terms of the way in which it prevents bullying, sexual harassment and sexual assault,” he said.

“And the way it ensures we have leading practices not only for the prevention of such acts but also for the handling of them when they occur.”

Labor senator Don Farrell had a simple message for the party’s staff.

“This is your workplace, you deserve nothing but a completely safe and supportive environment,” he said.

“As Labor parliamentarians we have a special duty to you, our staff, to fight for you internally just as hard as we fight for every worker externally.”

Greens senator Larissa Waters said it was important people shared stories to the review without fear sensitive information could be released.

“I’m hopeful that this legislative fix will remove any chilling effect that might otherwise have applied,” she said.

“We want this review to be as fulsome and comprehensive as it can be.”

Crossbench senator Rex Patrick raised concerns the changes would cover the government’s submissions to the review, urging the coalition to table any submissions it makes while blocking out sensitive personal information.

The government assured senators the review itself would be released.