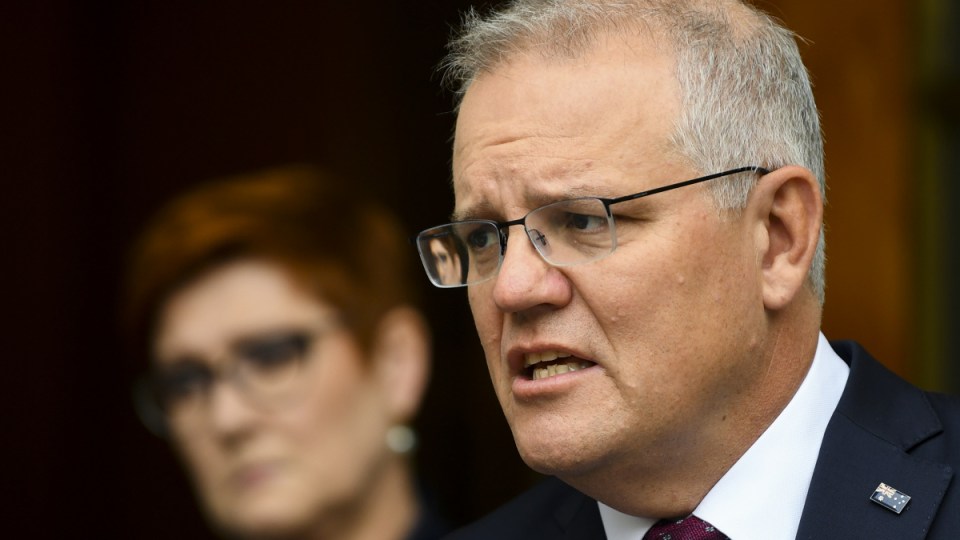 Scott Morrison has taken aim at Labor and lobby groups for doing nothing to stop sexist abuse aimed at Nicolle Flint. Photo: AAP

Prime Minister Scott Morrison has accused the Opposition of deliberately “standing by” as Liberal MP Nicolle Flint endured sexist abuse and stalking from left-wing lobby groups during the 2019 election.

In an emotional speech to the House of Representatives on Tuesday, Ms Flint recounted harassment she said she had endured in politics, and criticised political opponents, including Labor leader Anthony Albanese and lobby group GetUp!, which campaigned to unseat her at the last poll.

Responding to Ms Flint’s speech on Wednesday, the PM said: “She endured one of the ugliest campaigns I’ve ever seen waged against, not just a woman, but anyone in this country”.

“Her determination to stand up to that in the face of the most vitriolic of abuse, stalking and threats to her own public security was absolutely appalling and I just am amazed at the Labor Party and the unions and GetUp! just standing by to let that happen,” Mr Morrison said.

He then went a step further, claiming that not only were his opponents “aware” of the abuse endured by Ms Flint, but that “they were happy to be advantaged by it”.

In a statement on Wednesday, GetUp! said it had investigated the allegations and that none of its staff or members had harassed Boothby MP Ms Flint during the 2019 election.

“We campaigned in the seat of Boothby and other key seats with hard-right Liberal MPs, but it is simply wrong to characterise our campaign as harassment or misogyny,” it said.

Ms Flint, the Liberal member for the marginal South Australian seat, announced in February she would quit politics at the next election.

No woman should endure the systematic abuse, harassment & misogynistic attacks to which she was subjected by Labor, with @SenatorWong in charge, Getup & the unions.

Shortly before the PM’s comments further escalated the situation, Mr Albanese and Senator Wong hit back at Ms Flint’s claims the opposition was involved in the campaign against her. They said the ALP was also targeted by the same groups, and claimed not to have known the full extent of the abuse.

“I wasn’t visiting Boothby in those last couple of weeks. Anytime that I got asked about behaviour, I would have said exactly the same thing.”

Mr Albanese – who wasn’t opposition leader at the 2019 election – said the same progressive campaign groups that Ms Flint criticised, including GetUp! and Extinction Rebellion, had also campaigned hard against him and other opposition members.

“I stand with Nicolle Flint. [It] is appalling that that sort of behaviour was directed at her.”

Senator Wong, Labor’s most senior SA member, said she was appalled by the abuse aimed at Ms Flint, but said it was “unfair” to blame Labor.

“What Ms Flint reports happened to her is utterly unacceptable,” she said on Wednesday.

“I would say to Ms Flint, I agree with you, let’s try to make this a better place for women, let’s use our positions to make things better.”

“Women have the right to be safe.”

It’s not the first time Senator Wong has been forced to defend herself over the mistreatment of Ms Flint.

Facing the same accusations from the Coalition MP in September, Senator Wong said: “I look forward to similar support from Ms Flint the next time I am subject to abuse for being Asian, gay or a woman”.

She called on Ms Flint to “meet her own standards and publicly condemn the behaviour of her close friend, ally and campaign manager Sam Duluk, who she continues to campaign with”.

Senator Wong said she hadn’t heard the full story of the alleged abuse until after the 2019 election, and also flatly ruled out any involvement. She also invited Ms Flint to meet her and other Labor women to discuss the issues.

“Let’s have a discussion about how we can work, use our positions of privilege to improve the situation of all women,” she said.