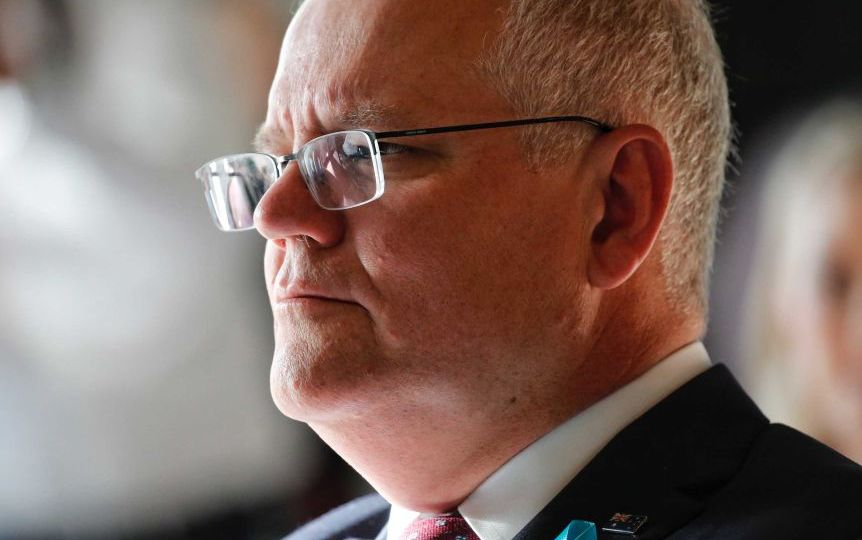 The PM is under pressure to investigate the matter Photo: ABC

A rape allegation against one of Scott Morrison’s own Cabinet Ministers has been referred to federal police after a letter was sent to the Prime Minister detailing the allegations.

The alleged sexual assault dates to 1988, before the unnamed senior minister entered politics.

The victim, who was 16 at the time of the alleged crime, took her own life last year.

The letter came with a detailed statement prepared by the complainant for her lawyer and was shared with the ABC’s Four Corners program by a friend of the alleged victim.

It was forwarded to AFP Commissioner Reece Kershaw by Labor’s Leader in the Senate, Penny Wong, and Greens Senator Sarah Hanson-Young, who were also recipients.

The latest allegation comes a day after Commission Kershaw urged all federal politicians to refer such allegations to police “without delay” in the ongoing reaction to former Liberal staffer Brittany Higgins speaking out about her alleged rape.

“I’m presuming our Prime Minister’s going to be told the name of the alleged person who this poor woman is saying raped her when she was just a young girl,” Dr Stone told ABC’s Radio National.

“Then it’s a matter of character, and yes, the party should be looking at this person in terms of their ongoing preselection.

“The party itself must be satisfied that there isn’t a further history of inappropriate, disrespectful behaviour.”

The Morrison government has been under intense pressure over its response to allegations Ms Higgins was sexually assaulted by a former colleague in Parliament House in 2019.

There are four inquiries under way including a multi-party investigation aimed at ensuring Parliament is a safe working environment.

Meanwhile, a female South Australian MP who has previously been the target of sexist treatment has announced she will not be recontesting the next election.

Nicolle Flint, the Member for Boothby, has not given a reason for her decision but The Weekend Australian reports she could no longer tolerate the pressures of political life as a female MP.

Ms Flint was the target of a vicious election campaign in 2019 and has spoken out about her experience of misogyny and abuse as a woman in politics and hit out at men who criticised her appearance.

Responding to the letter alleging rape, a spokesperson for Mr Morrison on Friday evening said any allegations should be referred to the Australian Federal Police.

On Friday night an AFP spokesperson said in a statement the force would “not be commenting” on the latest matter relating to the Cabinet Minister.

Four Corners says the woman reported the alleged rape to NSW police in February 2020, but took her own life in June after informing them she no longer wanted to proceed with the complaint.

NSW Police said in a statement on Friday night that a report of alleged historic sexual violence was received in February 2020 and detectives commenced an investigation under Strike Force Wyndarra.

“After strike force investigators were advised that the body of a 49-year-old woman was located at a home at Adelaide by South Australia Police (SAPOL) on Wednesday 24 June 2020, the investigation was suspended,” the statement said.

Senators Hanson-Young and Wong both released statements saying they had contacted the AFP about the letter.

Ms Hanson-Young said the information she had received regarded a “disturbing and a very serious allegation of a criminal nature against a senior member of the government”.

Senator Wong said it was her understanding the complainant, who was 16 at the time of the alleged attack in Sydney, reported the assault to NSW Police and South Australia Police.

Dr Stone was a minister in the Howard Liberal-National government and told the ABC sexism and bullying were rife in parliament.

Dr Stone said she recalled a group of men in parliament who called themselves the “swinging dicks” and actively blocked Liberal MP Julie Bishop’s leadership aspirations.

“It was a very gendered thing obviously when you call yourself that, and you’re all men in the group,” she said.

“Women were considered shrill and hysterical if they raised their voices, or if they shed a tear they were weak.”

Dr Stone said it appeared little had changed since she left parliament four years ago.

“This whole secret men’s business has to stop. It has to be about fairness, justice, equity”.

Federal coalition MP Nicolle Flint says she will not recontest her South Australian seat of Boothby at the next election.

The second-term Liberal MP and deputy whip has been vocal about problems facing women in parliament, calling out what she described as sexist “rubbish” they too often faced.

“It has been an honour to represent the people of Boothby over two terms and I am grateful to them, and to my Liberal Party members, for giving me this opportunity,” Ms Flint said in a statement.

“I will continue to work hard to serve my local community until the election.”

Prime Minister Scott Morrison issued a statement on Friday night saying Ms Flint had been an “invaluable member of the Liberal team and my government”.

“The public attention from being a parliamentarian does sometimes attract unacceptable behaviour, and I have admired Nicolle’s efforts to stand against the bullying and nastiness of particular groups and individuals,” Mr Morrison said.

“I wish her all the best for what comes next.”

Ms Flint’s Boothby electorate is held by a margin of 1.4 per cent.