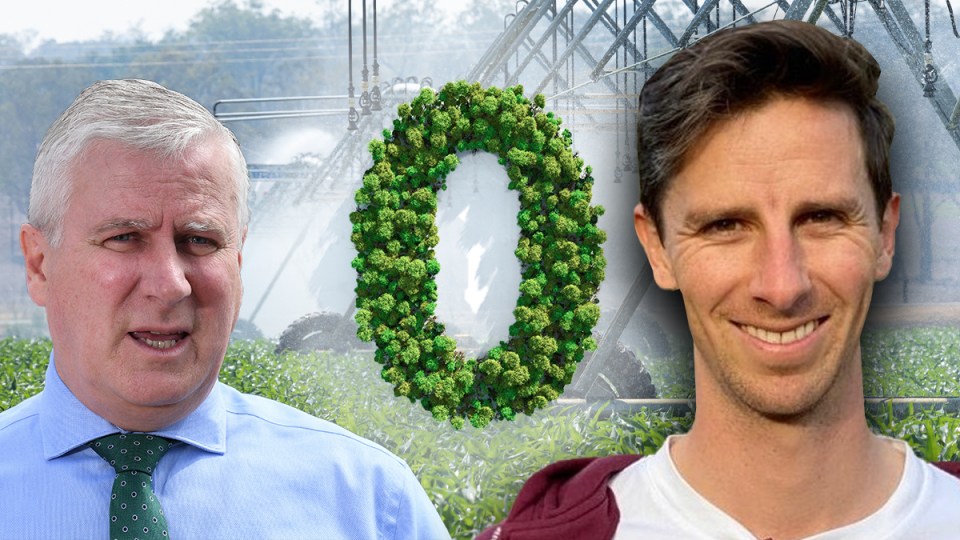 The Nationals' push to ‘exclude’ agriculture from a net zero by 2050 target is misguided, writes Byron Fay.
analysis

Last week saw the Nationals out again doing their best to slow the momentum building for Australia to join most of our major trading partners and adopt a target of net zero emissions by 2050.

If the government moves to formally adopt the target, as it is expected to do in coming months, the Nats want agriculture ‘excluded’, and mining and manufacturing ‘protected’. There was even talk of ‘crossing the floor’ to stop any net zero enabling legislation.

Aside from the ludicrousness of the latter claim, given the ALP, the Greens and almost the entire crossbench support net zero, the Nats’ positioning is misguided on a number of levels.

Farmers will be winners from net zero

Farmers stand to be amongst the biggest beneficiaries of net zero. That’s precisely why the National Farmers Federation supports it as a 2050 target. Excluding agriculture will prevent farmers from realising the upside opportunities, and leave them exposed to the very real downside risks.

The term ‘net zero’ emerged in acknowledgment that most countries will struggle to completely eliminate their emissions, but an equivalent zero emissions state can be achieved using carbon sinks, like reforestation and enhancing carbon absorbed in soils.

So, if Australia were to adopt a net zero target, emissions from hard to decarbonise sectors, like aviation, would need to be offset. The land sector is the obvious candidate to do this, placing farmers in the box seat. Landholders have already recognised this opportunity, registering over 75 per cent of the emissions reduction projects under the government’s $2.55 billion Emissions Reduction Fund.

A net zero target would also turbo-charge our renewable energy industry. Here again, farmers stand to benefit as owners of the land on which much of our renewable energy infrastructure will be built. Renewables also give farmers an opportunity to diversify their income streams – many see them as a way to ‘drought proof’ their properties by ensuring a steady stream of income even when times are tough.

With Japan, South Korea and China all committed to net zero, the future for our coal and gas exports is bleak. Those countries alone took 60 per cent of our coal in 2019 and 85 per cent of our gas in 2020. China has already stopped accepting our coal.

The Nats will try to tell you that it’s not a problem because demand from other countries will fill the void. Wishful thinking. Thanks to the precipitous cost declines of solar and wind energy, the IEA is now forecasting that coal will decline from 58 per cent of electricity generation in the Asia Pacific today to just 9 per cent in 2040.

Furthermore, several countries, like the US, UK and EU, are actively pursuing plans to impose border carbon taxes on imports from countries that don’t have comparable climate targets. The policy is designed to ensure that domestic industries aren’t at a disadvantage when competing against imports from countries with lower emissions targets.

If Australia fails to jump on the net zero train, we will be in their sights. That would mean that our emissions intensive exports, like steel, aluminium, and even beef, could be hit with additional taxes, eroding their competitiveness and further undermining the viability of our domestic industries.

Our renewable resources are our competitive advantage

In a world full of net zero commitments and border carbon taxes, plentiful low-cost renewable energy is your best friend. Fortunately for us, Australia is home to some of the biggest and best renewable resources in the world.

That’s why a $50 billion green hydrogen project is planned for the Pilbara, and Twiggy Forrest is talking about turning Australia into a ‘green steel’ manufacturing hub. Far from needing ‘protection’ from net zero, net zero is the key to revitalising our domestic manufacturing industries and setting them up to prosper for decades to come.

While we twiddle our fingers, our international competitors are getting on with it. The United Arab Emirates just signed an over a €100 million deal to provide solar power smelted aluminium to BMW for use in their electric vehicles – a contract that should have gone to Australia.

We have no time to lose. We should be aggressively pursuing the numerous opportunities that net zero provides. Instead, the Nationals are, yet again, doing everything they can hold us in the past under the misguided notion that it will somehow protect communities they claim to represent.

The tragedy is that following their advice will do exactly the opposite.

Byron Fay is a net zero researcher at the University of Oxford and a former Paris Agreement negotiator for the Australian Government.