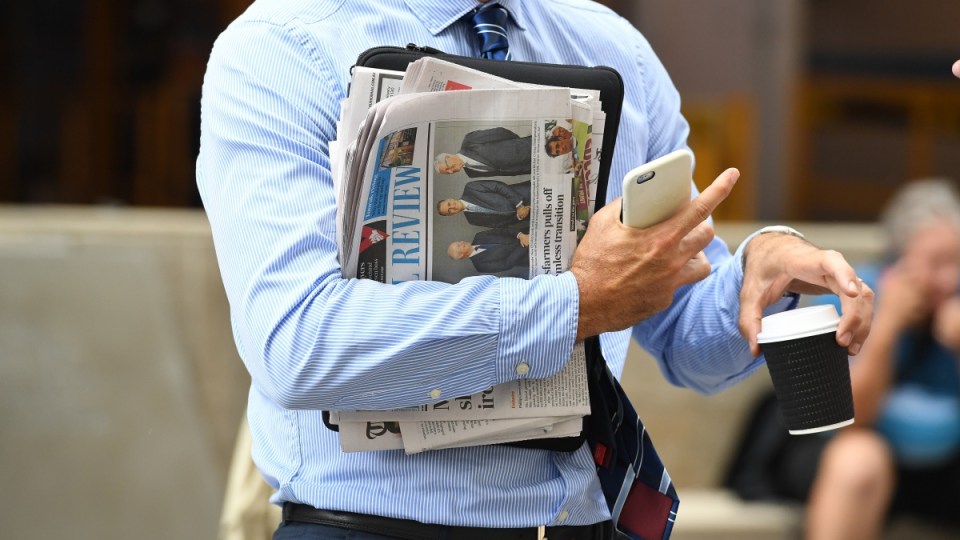 In his judgement on Wednesday, Justice Michael Lee said the pleaded defence of “honest opinion” had not been made out by either Nine’s Fairfax Media nor Aston so Dr Stead was entitled to relief.

“What occurred at Blue Sky was a legitimate (indeed, one might think important) matter of public interest – particularly for a newspaper like the AFR,” Justice Lee said.

“However, given the offensive way that Mr Aston expressed himself, it appears Dr Stead felt she had no choice but to resort to the blunt instrument of defamation litigation.”

The judge said this did not mean opinion or leader writers had to be “mealy-mouthed in denouncing hypocrisy, cant, farce or misfeasance”.

But unless the truth could be proved, opinions needed to be properly based on facts stated in what is written or be otherwise evident.

Dr Stead’s lawyer Sue Chrysanthou SC had earlier told the court that before the AFR articles her client’s reputation was “remarkable,” especially in a heavily male-dominated profession with very few female venture capitalists.

Ms Chrysanthou accused Aston of being misogynistic in his attacks on Dr Stead by using particularly sexist language.

“Mr Aston targeted my client because she is a woman.”

The articles alleged she “recklessly destroyed the capital of business ventures” and Dr Stead was a “stupid” woman “who made stupid investments into worthless companies”.

In one article Aston uses a social media post to link author and high-profile feminist Clementine Ford, who he calls a “feminist cretin”, with Dr Stead who he implied was similar in nature, Ms Chrysanthou said.

In another article, Aston says “venture capital pyromaniac” Dr Stead “set fire to other people’s money” with an investment in an “unviable enterprise”.

Originally Dr Stead sought removal of the articles and an apology, but Fairfax Media stood by the stories.

Justice Lee stood the case over for seven days to deal with any argument on the grant of relief, interest and costs, before making final orders.

An AFR spokesperson said the publication was disappointed by the court’s decision, but Justice Lee found there was a strong public interest in the AFR and Aston reporting on the Blue Sky collapse and the conduct of its executives.

They were the subject of three ongoing class actions.

“The damages awarded of $280,000 are low compared to many other judgements in this area of law. They are dwarfed by both sides’ legal fees which exceed $2 million,” the spokesperson said in a statement.

“Expensive and disproportionate defamation cases like this have a chilling effect on freedom of speech. The proposed reforms to the Defamation Act should go some way toward correcting the imbalance.”