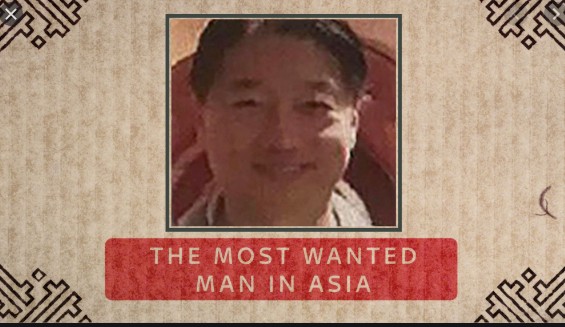 One of the world’s most wanted men, an Asian drug kingpin, has reportedly been nabbed after a covert operation led by Australian police.

Tse Chi Lop, known as ‘El Chapo of the East’, is a drug baron and billionaire allegedly responsible for some 70 per cent of narcotics imports to Australia.

He was apprehended during a flight stopover in the Netherlands after a request by Australian Federal Police, according to Australian media reports.

Dutch police said Tse was arrested without incident after a request from Australia and was expected to be extradited after appearing before a judge.

The AFP will push to have Tse extradited to Australia to face trial.

“He was already on the most-wanted list and he was detained based on intelligence we received,” Dutch police spokesman Thomas Aling said.

Tse is alleged to have links to Australian biker gangs as well as crime groups like the Yakuza in Japan to peddle narcotics such as methamphetamine, heroin and ketamine.

Australian police have been tracking Tse since 2008 and his arrest is considered a major coup after an investigation spanning more than two decades.

In 2020, AFP deputy commissioner Karl Kent said Tse’s syndicate was a “huge threat to Australia … not only in terms of illicit drugs but in terms of people smuggling, in terms of firearms”.

A previous Reuters media investigation paints a picture of Asia’s most-wanted man who is said to be protected by a guard of Thai kickboxers.

A Canadian national born in China, he is the suspected head of a global drug trafficking syndicate formed out of an alliance of five of Asia’s triad groups.

The syndicate is known as ‘The Company’ while police have dubbed it Sam Gor, Cantonese for ‘Brother Number Three’.

Tse was the prime target of Operation Kungur, led by the Australian Federal Police in an international effort involving agencies from Asia, North America and Europe to crack Asia’s drug networks.

His notoriety as Asia’s shadowy drug lord led to Tse being compared to El Chapo, a Mexican drug baron who was once referred to as one of the most powerful in the world.

“Tse Chi Lop is in the league of El Chapo or maybe Pablo Escobar,” said Jeremy Douglas, Southeast Asia and Pacific representative for UNODC in 2019.

“The word kingpin often gets thrown around, but there is no doubt it applies here.”