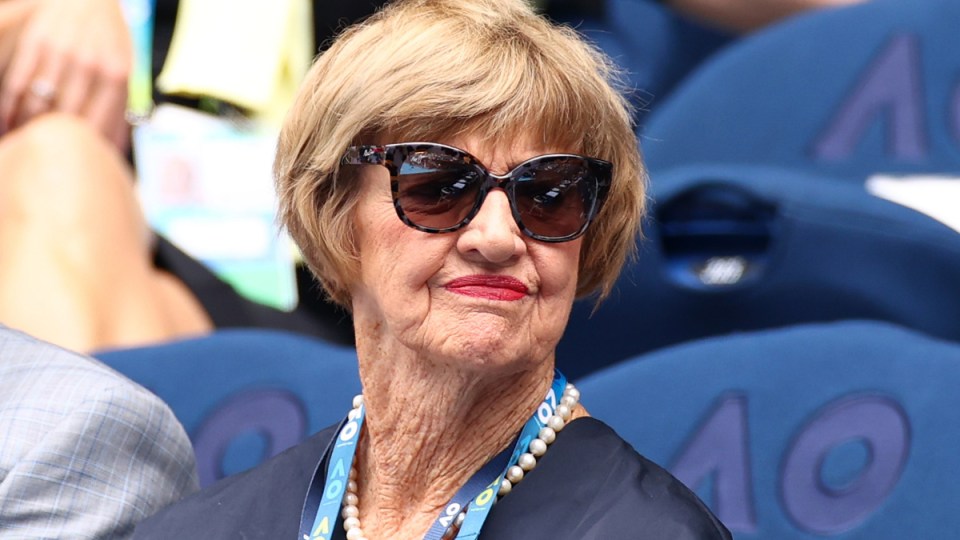 Margaret Court has been widely condemned for her views. Photo: Getty

The list of Australia Day honours recipients is generally kept confidential until January 26, but news of Court’s award was made public on social media by Victorian journalist Justin Smith, who said he had been made aware by “other sources”.

The 78-year-old Court is expected to be made a Companion in the General Division of the Order of Australia (AC).

Court holds 24 major singles titles and is regarded as an all time great of the game, but her legacy has been tarnished in recent years over her critical stance LGBTQ community including her religious-based opposition to same-sex marriage and transgender athletes.

“I don’t believe that she has views that accord with the vast majority of people across our nation, that see people – particularly from the LGBTIQ community – as equal and deserving of dignity, respect and safety,” Mr Andrews told media conference then asked about Court’s honour.

Court, who was named an Officer of the Order of Australia (AO) in 2007 for her services to tennis, also has one of the Melbourne Park tennis courts named in her honour.

Calls for Margaret Court Arena to be renamed are repeated each January as the attention of world tennis turns to Melbourne for the Australian Open.

Current and former players including Andy Murray, Martina Navratilova and John McEnroe have previously called for Court’s name to be stripped from the stadium.

“I am sick of talking about that person every summer,” Mr Andrews said.

“We finish up having this discussion in one form or another every single summer. I would prefer not to be giving oxygen to some of these views.” but you have asked me a question and I have answered it honestly.

The Premier said the decision include Court in the Australia Day honours was not his decision.

“That is not a matter for me. You might want to speak to [the people who made the decision] about why they think those views, which are disgraceful, hurtful and cost lives, should be honoured,” Mr Andrews said.

Tennis Australia invited Court to Melbourne Park at the 2020 tournament to recognise the 50th anniversary of her 1970 calendar grand slam, while saying it disagreed with her “personal views”.