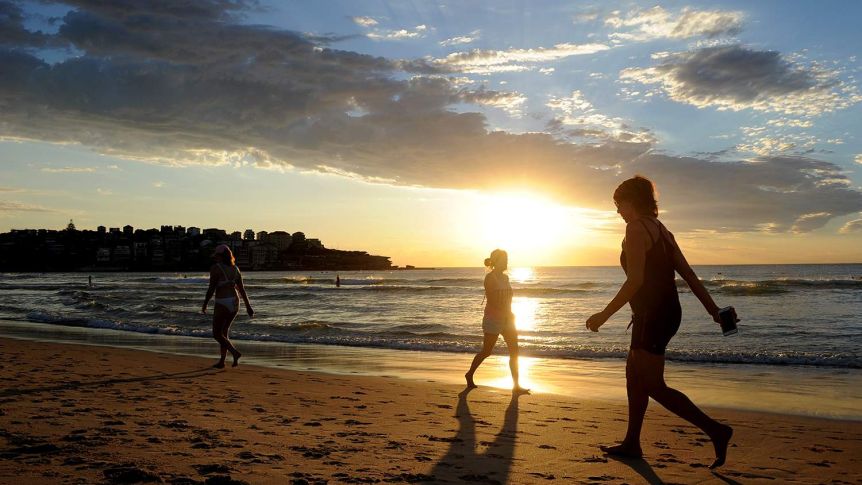 Temperatures in Sydney are set to soar over the next four days. Photo: AAP

Australia’s eastern states are facing a weekend of extreme weather, with heatwaves and bushfire-prone conditions predicted.

New South Wales, Victoria and ACT are all being urged to prepare for soaring temperatures, resulting in elevated fire danger on Sunday and Monday.

NSW is facing temperatures between eight and 16 degrees above average.

The state’s fire service urged residents to use Friday and Saturday to prepare.

“This season we haven’t had these heightened fire dangers but we have now got to be prepared.”

Bega, on the south coast, is expected to reach 39 or 40 degrees on Monday and western Sydney will be in the same range on Sunday and Monday.

The south of the state could reach 45 degrees.

Victoria will feel the burn as well – temperatures in the north of the state are expected to reach 40 degrees, and as high as 44 on the tail-end of the weekend.

Sunday night is predicted to be a sweaty one – the temperature could actually rise after the sun sets, the Bureau of Meteorology says.

There’s a fire danger in northern Victorian throughout this period.

A cool change is due on Monday night, but the states won’t feel its effects until early on Tuesday.

With a unofficial long weekend looming, those in the heat-struck states are being urged to keep abreast of their health.

“Protect yourself during the heatwave by postponing or rescheduling your outdoor activities.

“Reduce the impact of heat by avoiding being outside during the hottest part of the day; keeping well hydrated with water; and looking after vulnerable neighbours and relatives.”