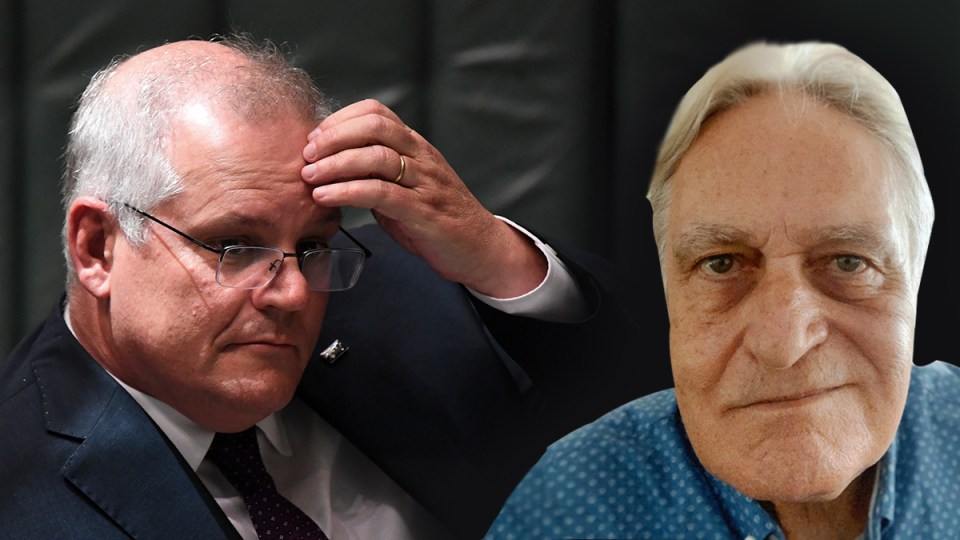 As the Morrison government scrambles to repatriate Australians stuck overseas, the real question is why has it taken so long?
opinion

Scott Morrison’s government faces a swirling storm of anger and dissent about repatriating the estimated 40,000 Australians overseas who are desperate to be back in Australia.

The panic was on display at the weekend when acting Foreign Minister Simon Birmingham announced 20 extra repatriation flights for potential returning expats.

This became an imperative after international airlines, led by Emirates and Qatar Airways, scaled back their capacity into Australia – itself a reaction to the dialling back of the numbers of people going into quarantine after the states worried about the new British variant of COVID-19.

A cluster of stuff-ups and infection scares surrounding the arrival of 1200 players and officials for the Australian Open has worsened the already sour mood among those wanting to return and their family and friends around the country.

The Prime Minister returned from his one week of leave – taken on the New South Wales south coast where bushfires had ravaged communities just 12 months ago – calling in to his favourite radio station 2GB and setting off for a reprise of his debut 2018 Queensland tour.

Back in Canberra his people are working on a solution to the fast-moving repatriation problem and a national response will probably be announced in coming days or, at the latest, in time for the national cabinet on Friday.

The solution will not be that imaginative or creative. In fact, it will be back to the future.

The only real question will be why has it taken the government so long to address what’s been a problem every bit as obvious as the concrete testicles on Rockhampton’s famous half dozen bulls around the state’s beef capital.

In fact, Mr Morrison rolled out the answer to this problem 11 months ago in the first weeks of the pandemic crisis.

In February last year Australians trapped in Wuhan in China – the epicentre of the virus’s outbreak – were evacuated on specially chartered Qantas flights.

The first of these carried 243 Australian citizens, including almost 90 children, were carried from southern China to Christmas Island, where they went into mandatory quarantine.

This was before there was any formal national quarantine policy and the evacuation of Australians was expected to be a one-off, emergency effort.

A short time after those Wuhan escapees were sent to Christmas Island another group of Australians were picked up in Japan, where they’d disembarked from the stricken Diamond Princess cruise ship.

They were flown to Darwin, where they transferred to the former construction workers’ village at Howard Springs, south of the Northern Territory capital.

You can take this to the bank: The Morrison government will announce the general use of places such as Christmas Island, Howard Springs and other regional centres, such as having a Calliope quarantine hub in Central Queensland or centres in Canberra or Tasmania, to deal with the tens of thousands of Australians who are facing swingeing costs to get home.

According to the travel industry, people are paying at least $6235 for economy seats (and as much as $36,000 for a guaranteed, top-of-the-heap first-class seat) for flights from European capitals to Australia.

As these people wait for an email or phone call saying they have a seat on a flight – some of which take a long-way-around route such as London to Helsinki then back to Australia through Dubai and Singapore – they are hearing on the repatriation grapevine of the ease with which the privileged few manage to get into and out of this country.

Former politicians such as Tony Abbott and business titans including Queensland rich-lister Graham Turner can get on flights without any concern, do their time with some publicised whining or boasts of enduring the “hardship” of quarantine, leaving the stranded many in their wake.

Facilities have been available for almost a year and other regional centres could have been organised and used if the federal government had shown any leadership.

The Morrison government has failed on repatriating Australians overseas – many in countries where the virus is out of control as second and third waves break over the local populations.

They have made promises they either didn’t intend or couldn’t manage to keep. In September, Mr Morrison said he wanted to “get as many people home, if not all of them, by Christmas”.

As everyone now knows, plenty of people have made it home.

But there are 40,000 who are still waiting to get home – and Christmas is long gone.

The political trick for Mr Morrison is that he will do in the coming weeks what he should have done months ago – and get away with it.

He will get away with it because his action will dominate the news, rather than the failure that led to what’s now certain to unfold.

The Prime Minister doesn’t deserve the luck he makes – and is given – day after day.

But in politics, deserve has never had anything to do with it (as Clint Eastwood said famously in the allegorical western Unforgiven).

This article was first published by InQueensland and is republished with permission. Read the original article here.