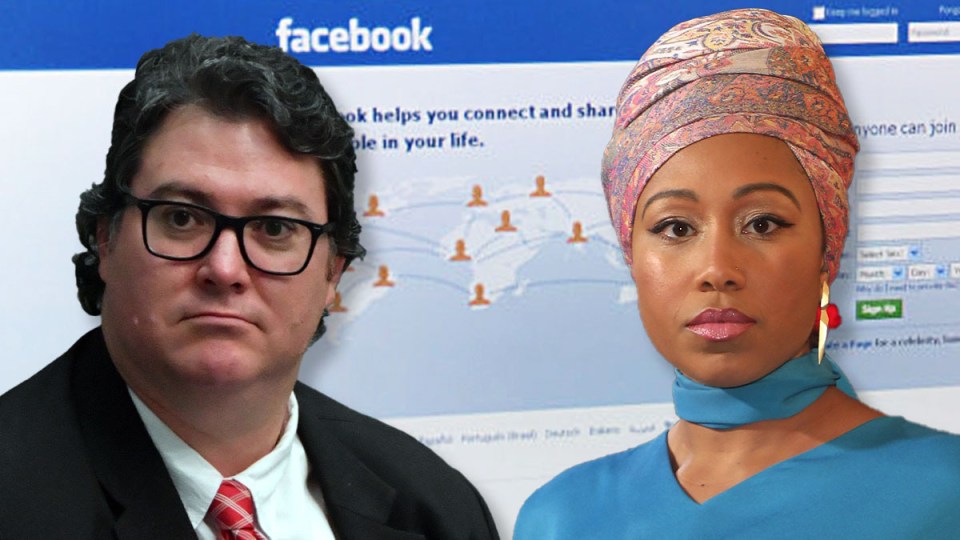 Although the Australian constitution does not explicitly protect freedom of expression, it is widely accepted that all Australians should be free to articulate their ideas and criticise governments without fear of persecution.

Of course, freedom of speech deserves protection – it is a fundamental pillar of democracy.

But in this instance, it’s worth reading between the lines.

That’s because conservative MPs like George Christensen and Craig Kelly, who are outraged by Facebook and Twitter’s crackdown on right-wing extremists, don’t appear to be genuinely concerned about upholding democracy.

If they were, they might consider using their free speech to publicly condemn last week’s insurrection by Trump supporters seeking to overturn a fair election.

And Mr Christensen, as a defender of free speech, wouldn’t have called for the sacking of Yassmin Abdel-Magied in 2017 following the ex-ABC presenter’s infamous Facebook post on Anzac Day: “Lest we forget: (Manus, Nauru, Syria, Palestine)”.

“Yasmin should no longer be on the public broadcaster’s tax-funded payroll,” Mr Christensen said on Twitter at the time.

“Self-deportation should also be considered.”

In this way, their calls for “free speech” may also function as a dog whistle to right-wing groups and fellow Trump sympathisers.

The term ‘dog whistle’ is a reference to high-pitched dog training whistles that can be heard by dogs, but not by most humans.

In politics, it is shorthand for a phrase that may sound harmless to some people, but communicates something more insidious to a group in the audience.

And it’s not the first time politicians have used them.

When One Nation Senator Pauline Hanson moved a motion in 2018 saying “It’s OK to be white”, we all knew exactly what she was really saying.

The controversial Senator, known for her overtly racial views, was trying to appeal to her voter base by implying white Australians were becoming victims of mixed race immigration.

“I appreciate there are a lot of people out there who are being a bit bleeding heart about this, and who are confecting outrage, but they should know that those lives matter too,” Mr McCormack told reporters.

But the term has been criticised as a thinly veiled attempt to undermine the Black Lives Matter movement and its genuine calls for racial justice.

Similarly in October, Queensland Senator Matt Canavan came under fire for posting a photo of a ute stamped with the phrase ‘Coal Lives Matter’ in what appeared to be an attempt to co-opt the Black Lives Matter movement slogan.

Axel Bruns, a digital media researcher at Queensland University of Technology, said it was “problematic” that Australian politicians like Mr Christensen were crying “free speech” after big tech companies cracked down on pro-Trump conspiracy groups.

“It’s concerning that an Australian MP would essentially make a common cause with a president who has obviously been involved in leading an insurrection against the organs of state in the US,” Professor Bruns told TND.

“The other question is, will Facebook and other platforms act against George Christensen? The fact they haven’t really is a sign that the enforcement of their own rules tends to be quite uneven.

“They’ve acted against Donald Trump and many supporters in the US, but there are still plenty of people like George Christensen here who are very vocally supporting Trump on these mainstream platforms.”

Professor Bruns added the free speech argument wouldn’t stand up against big tech companies, who are allowed to control content on their platforms.

“You can stand yourself on the street corner and shout into the wind if you want, but there’s nothing in the US Constitution that says a newspaper or TV station must carry what you’re saying,” he said.

“Facebook and Twitter have no obligation to carry their content in the same way that I can’t go to Fox News and demand to read out a love letter to Joe Biden. That’s not going to happen because they can choose what they put on.”