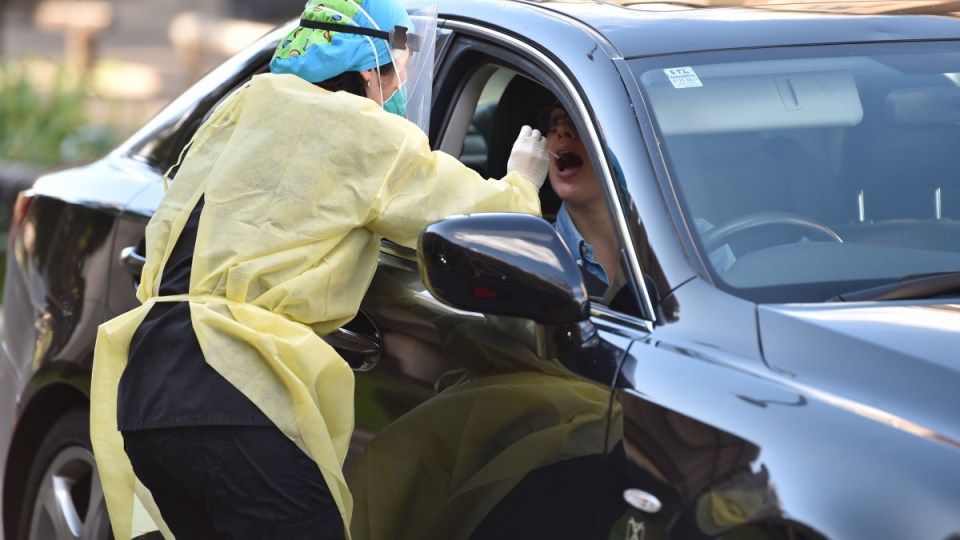 South Australian authorities are pushing for a boost in virus testing after the worrying findings.

The pandemonium caused by snap border closures has increased the pressure on the federal government to create an Australian Centre for Disease Control (CDC) – a national body responsible for research and advice on how to deal with outbreaks.

The New Daily can reveal that a woman who received incorrect and confusing advice from health officials after crossing over the New South Wales-Victoria border was wrongly freed from isolation before being called hours later and told to go back into quarantine.

The news comes at the end of a fortnight that saw frontline workers in Victoria wait more than four days to have their COVID tests results returned and travellers to Tasmania caught in confusing scenes as the border closed to Queenslanders.

Australia is the only OECD country that does not have a national CDC or equivalent.

Geelong woman Ellie Hudson, 25, had been camping with her parents over New Year’s in Bermagui, on the south coast of New South Wales, when they got the message about the Victorian border closure.

“The closest border was two hours, but for us going back home to my parents was a seven-hour drive, we didn’t find out till 5 o’clock,” Ms Hudson told The New Daily.

The family drove home to Albury-Wodonga on January 1 and got tested.

Ms Hudson was told to isolate until she got her results.

After two days, Ms Hudson was called by Victoria’s Department of Health and Human Services (DHHS) and told she could leave.

More than an hour later, after Ms Hudson left home to visit the tip, she was told by DHHS she needed to be back in quarantine.

“We’re at the tip and she’s called me back and says ‘I’m really sorry, I’ve given you the wrong information, you need to keep isolating’,” Ms Hudson said.

Ms Hudsons said she cannot get a clear answer if she needs to have another test before she leaves quarantine – the website says she doesn’t, the hotline says she does.

Her parents, who are border residents, did not have to isolate after getting their test results.

Victorians, including some frontline health workers, waited for four days for their test results last week, as the system struggled to deal with volume.

After not receiving her test result for four days, one frontline worker from Melbourne’s north told The New Daily she called DHHS but could not get through.

“I was trying to call all day,” said the woman, who asked to remain anonymous.

“The information said if you don’t get them [the test results] within two days to call the place where you got tested. I called the Melbourne Showgrounds and it just went ‘line busy’.”

“After that, I called the test results hotline for Victoria. That had an automated message which just said: ‘Due to unforeseen circumstances we can’t take your call’.”

Premier Daniel Andrews announced on Friday that private partner Dorevitch Pathology had experienced an IT outage that delayed negative test results being sent to about 10,000 people.

The New Daily reported earlier this week that there had also been an issue obtaining correct contact details for at least one exposure site in Melbourne.

In Tasmania, the snap border closure plunged travellers into confusion.

Victorian Amy Spires is visiting Hobart with family from Brisbane. They landed in Tasmania on January 7, one day before the border closed to people from greater Brisbane.

After the announcement, they struggled to get a clear answer if they should be isolating.

“First, we couldn’t get through to the hotline. When we were in the queue we got a text saying ‘Don’t call unless you have symptoms and isolate until Monday’,” Dr Spires said.

Her family called the Queensland hotline, while Dr Spires called the Victorian hotline to see what guidelines applied when someone has been been in close contact with Brisbane residents.

“They just said Victoria hadn’t closed their border to Brisbane, so they had no advice,” she said.

“I’m acting like a Brisbane person out of an abundance of caution. But I don’t know if I should catch my flight to Victoria on Monday afternoon.”

The family were happy to isolate, but Dr Spires said they would have liked clear and easy-to-follow information from the start.

“We found ourselves calling the Queensland, Tasmania and Victorian hotlines, and getting differing kinds of information,” she said.

CDC could clear up confusion: AMA

While Dr Moy stressed that the national response has been “very good”, he said it could have been helped along if “a vault” of information on how to respond had been available.

We’ve done well but there has been this inconsistency,” Dr Moy said.

“Early on, the initial advice was if you have come back from China, go and see your doctor. Wander in and make an appointment.

“We should have had nationally consistent information and resources that were available.”

The states have had to put together their own resources for everything, from who should control security for hotel quarantine to how much PPE to stockpile, he said.

Border closures were a key example of why centralised information would be invaluable, Dr Moy said.

“At the moment it’s very patchy. We’ve done well because of goodwill between the states, but there have been holes such as border management.”

There has been reluctance from the federal government to create another governing body, but Dr Moy argued it would help the nation respond to outbreaks of any kind in the future.

“It would mean we would be ready,” he said.

“We can pull out the playbook from the vault and hand it to the states, who can look at it, adjust it if they want, and off we go.”