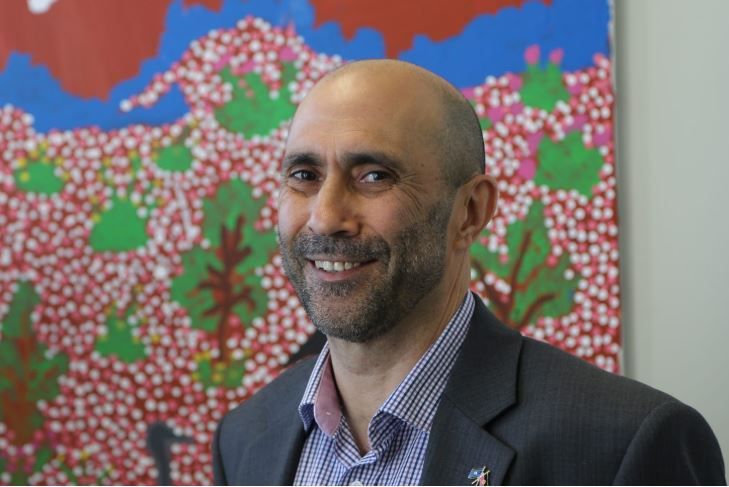 Mr Hamm said the new wording "looks for what brings us together". Photo: Healing Foundation

Prime Minister Scott Morrison says he has been encouraged by the strong response from Australians to a change in Advance Australia Fair that recognises our “timeless land of ancient First Nations peoples”.

From today, the second line of Australia’s national anthem will change from, “For we are young and free” to “For we are one and free”.

“Symbolism is important, real action and change is important. If you do one or the other, you only get half the job done,” he said.

“You do need symbolic change, you do need real change.

“This is an important indication to ourselves as a country as to what our expectations are going forward, and to recognise in our national anthem the continued human occupation of this continent from 60,000 years plus to 1 January 2021, and beyond, is an important change.

A number of state and federal politicians from all sides of politics called for a change to the lyrics, with the most vocal support from NSW Premier Gladys Berejiklian last year.

Mr Hamm said it was “a focal point for that discussion about who we are as a country”.

“We should regard ourselves as a nation that’s bonded, as opposed to being divided, and we should recognise our Indigenous history as part of our Australian history.

“‘One and free’ looks for what brings us together. I think it’s a really good change.”

Composer Deborah Cheetham is a Yorta Yorta woman and said the new wording was long overdue but changing the anthem “one word at a time is probably not the right way to go”.

“It’s an important acknowledgement. The word young has underestimated the lives that have lived on this continent for some millennia,” the soprano and educator said.

“The recognition of all Australians now and the connection we have to the longest continuing culture in the world, that is what needs to be captured in our nation’s anthem and I think one word at a time, I’m not sure that is the way to go about it really.

“What this change brings is an opportunity for conversation. And I hope it’s a conversation that will be respectful.”

Ms Cheetham said there had been “a lot of conjecture around Advance Australia Fair for a long time”, not only because of the lyrics, but due to its large musical range which made it difficult for everyone to sing.

She said singer-songwriter Kutcha Edwards and The Seekers’ singer Judith Durham’s 2009 anthem, Lyric for a Contemporary Australia, was more appropriate.

“It is a beautiful lyric. It may be time for us to write something that captures the spirit of the nation, the strength of the nation and is inclusive of all people who strive and live and die as part of this nation,” Ms Cheetham said.

With his trademark rhetorical question, “How good is Australia?”, Mr Morrison said the country’s anthem should reflect “who we will always hope to be and the values that we will always live by”.

“We are a strong and vibrant liberal democracy. We live in a timeless land of ancient First Nations peoples, and we draw together the stories of more than 300 national ancestries and language groups,” he said.

“I think it’s a great way to start the new year.”

But federal Labor leader Anthony Albanese and Wiradjuri woman Linda Burney, the first Aboriginal woman to be elected to the House of Representatives, said more needed to be done.

“Changing a single word in the national anthem while First Nations people aren’t even recognised in our national constitution is simply not good enough,” Mr Albanese said.

Mr Morrison said he would leave the public debut performance of the new line to “others much better than me”, possibly at the third cricket Test at the Sydney Cricket Ground.

“I think it is a sensible change and I think it will be well received and I look forward to it being sung for the first time,” he said.