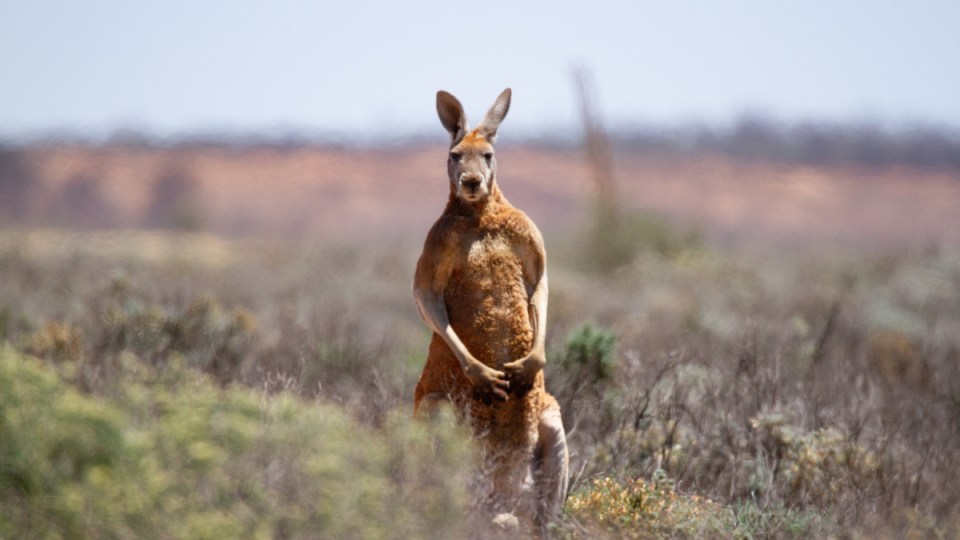 Kangaroos are smarter than we think, shows a new study. Photo: Getty

They’re an iconic Australian animal, known for kicking, boxing and carrying their babies in a handy front pouch.

Now, it turns out kangaroos can “talk” to humans, too.

The scientists wanted to see whether kangaroos could intentionally communicate with humans, so they ran an experiment with 11 kangaroos from zoos around Australia.

The animals were familiar with humans so they weren’t too scared, but were still considered non-domesticated.

During the experiment, the scientists placed a piece of food in a container on the ground and watched the kangaroo find and eat it.

The next time, the scientists closed the container and watched as the kangaroo started grappling around the edges with its claws and snout trying to get to the food.

This is when the interesting part happened.

Ten out of 11 kangaroos tested actively looked at the person who had put the food in the container.

Nine of them went a step further and looked at the container and then back at the person several times.

The scientists concluded the kangaroos used gazes to communicate with humans, a behaviour that is usually expected for domesticated animals like cats and dogs.

“Through this study, we were able to see that communication between animals can be learnt and that the behaviour of gazing at humans to access food is not related to domestication,” said lead author, Dr Alan McElligott from the University of Roehampton (now based at City University of Hong Kong).

“Indeed, kangaroos showed a very similar pattern of behaviour we have seen in dogs, horses and even goats when put to the same test.”

The scientists said they hoped their findings would make people appreciate the “cognitive abilities of kangaroos” and “foster more positive attitudes towards them”.

What’s that Skip? Study shows kangaroos can ‘talk’ to humans