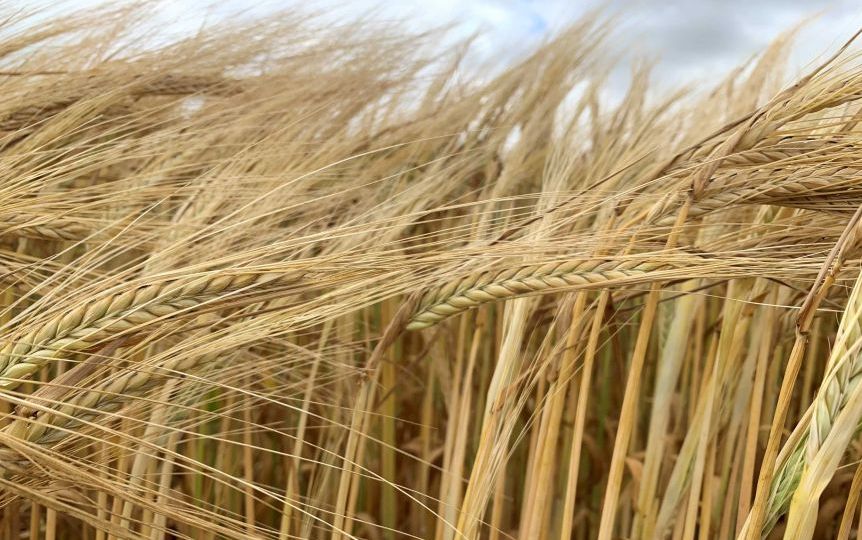 The federal government has confirmed it will appeal to the World Trade Organisation (WTO) over China’s decision to impose huge tariffs on Australian barley earlier this year, threatening $2.5 billion of trade.

It is the first time Australia has referred China to the independent umpire over an agricultural commodity.

“This is the logical and appropriate next step for Australia to take,” Trade Minister Simon Birmingham said.

“We are highly confident that based on the evidence, data, and analysis that we have put together already, Australia has an incredibly strong case to mount in relation to defending the integrity and propriety of our grain growers and barley producers.”

In May, China imposed tariffs of 80 per cent on barley — 73.6 per cent in response to claims of dumping, or selling barley below the cost of production, and a 6.9 per cent tariff claiming Australian growers were subsidised.

The tariffs, which apply for five years, effectively brought the trade, worth $1.5 billion in 2018, to its knees.

The Australian government and grains industry have consistently denied the claims of anti-competitive behaviour and unsuccessfully appealed the tariffs through China’s domestic processes.

Senator Birmingham admitted WTO dispute settlements could take a long time to reach any resolution, but said there was always an opportunity to end them early.

“Just as we have done so in Canada with the wine industry and many others have done so with initiating WTO processes, there is always the ability to pause and resolve these [disputes] through dialogue instead,” he said.

The Trade Minister said how China responded to Australia’s referral of barley tariffs to the WTO would give other industries an idea of its attitude towards solving trade issues, going forward.

“We also hope it provides a systematic check in relation to the way in which this decision and case is handled by China,” Senator Birmingham said.

“And provide greater certainty in the long run for other sectors and ultimately perhaps other countries in relation to how such issues are considered and handled.”

Australia has previously taken Canada to the WTO over issues with wine trade, and India over sugar.

As well as barley, China has imposed a number of official and unofficial sanctions on Australian goods this year as relations between the two nations soured.

Senator Birmingham said the government would consider taking further action in the WTO if solutions on other goods could not be reached.

“We have a series of different actions that China has taken during the course of the year and each come with slightly different criteria for how you might respond at the WTO,” he said.

“The application of pressure on [markets] in the Chinese system where businesses within China are state-owned enterprises, being discouraged from purchasing Australian goods [is one].

“That is a harder point to prove.”

Grain Growers chair and Victorian farmer Brett Hosking said it was important that Australia “refer the case, not China, to the WTO for an umpire’s decision”.

“As a grains industry, we’ve been accused of acting outside of the rules — (growers) feel uncomfortable about those accusations,” Mr Hosking said.

He said the industry did not expect a quick resolution and admitted some exporters were reluctant to support WTO action.

“There’s no doubt this makes a lot of growers nervous, we rely on China for a lot of our export opportunities in agriculture, we don’t want to see anything that might impact that detrimentally, but we can’t predict how China will behave.

“Hopefully what we’ll be able to do is reopen negotiations and restore the trade that has been lost out of that market.”

The grains industry estimates farmers will lose $2.5 billion over the next five years due to the tariffs and, since October, it has called on the government to provide a $20 million industry recovery fund.

While growers are expected to find new markets for their barley, such as for livestock feed in the Middle East, it will not offer the premium prices China had paid for malting barely used to make beer.

Unvaccinated Pauline Hanson has COVID
‘Should have been a penalty’: Boy crash-tackled by PM gives his verdict
Russian Google to file for bankruptcy
Man arrested at NSW school for bestiality
Concern about COVID-19 deaths in aged care
Turkey blocks Finland, Sweden NATO talks
Five ways COVID-19 may have permanently changed the way we live
Today's Stories