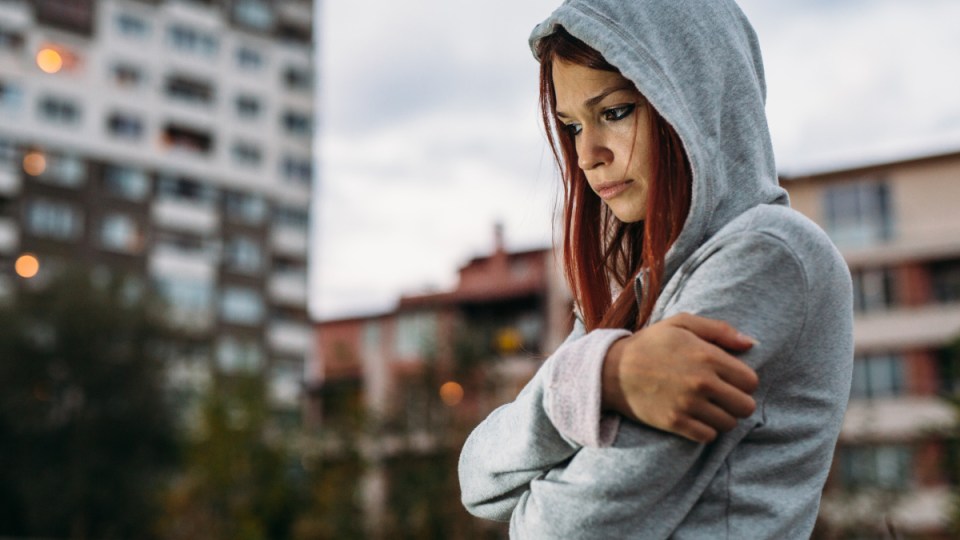 Sammy Birchall was 17 when she left her foster home.

Now 21, Ms Birchall has been trying to find stable housing for the past four years without any luck.

“I recently just had a kid and my partner and I are in a private rental now – just waiting,” she says.

Since leaving out-of-home care, Ms Birchall has been homeless and has jumped around temporary accommodation.

Being in foster care was “difficult and traumatic”, but Ms Birchall wasn’t ready to leave at such a young age.

“I left the system without enough support and a lot of unanswered questions,” she says.

I had absolutely no clue what the next chapter of my life was going to be like – I was never taught how to ‘adult’.”

In Australia, young people in out-of-home care receive formalised support up until their 18th birthday.

Within 12 months of leaving state care, half of them will end up homeless, a new parent or in prison.

COVID-19 has only exacerbated the problem, with the country’s youth unemployment rate increasing by three percent over the past year. Calls to mental health services have also surged since March.

The state government has invested $64.5 million into the Home Stretch program, which will provide an accommodation allowance to every young Victorian in state care until the age of 21.

It means young people can remain living with their foster carer or use the money to make their own living arrangements.

Paul McDonald, the chief executive of Home Stretch, believes the announcement will transform the lives of young people for the better.

“It’ll give them options they otherwise wouldn’t have if their support were terminated at 18 – as it is for the majority of young people in out-of-home care across the country,” Mr McDonald says.

According to Home Stretch, the state care system starts preparing a young person to leave care as young as 15, with many leaving after their 16th or 17th birthdays.

In comparison, other young people are leaving home at an average age of 24.5.

‘Heads in the sand’: NSW lags behind

While Victoria has made progress, other states like New South Wales are lagging behind.

Mr McDonald says the NSW government has their “heads in the sand” when it comes to extended care.

The state is agnostic to your circumstances and it will terminate care regardless … just simply based on your birthday.”

About 3000 young people leave foster care every year, with nearly half living in NSW.

“There are long queues of young people who want to tell their stories of how they felt abandoned, how they’ve had to struggle by themselves,” says Mr McDonald.

“Out goes the letters six weeks before they turn 18, saying ‘Oh, there you go, your care is being terminated – good luck’.”

Last year, Uniting became the first provider in NSW to privately fund extended care until the age of 21.

The organisation is spending almost $8 million over five years to support 60 young people who have decided to participate in the trial.

“Young people have reported not feeling as anxious about turning 18 because they know that there’s still support for them,” Ms Janssen says.

“They then feel more confident to step into adulthood.”

The Uniting program includes a continuation of the carers allowance, as well as an investment in coaching for young people, as they move into adulthood.

Ms Janssen says the organisation is paying for the trial out of its own pocket, but the NSW government should consider covering the cost.

“Governments are already spending millions of dollars on these kids –  entering juvenile justice, falling back on Centrelink benefits – just because they don’t have the support,” she says.

We don’t want anything for these young people that young people who don’t grow up in care don’t already have.”

Greens MP David Shoebridge says his party is committed to rolling out extended care in NSW and has called upon the state government to match the Victorian response.

“Hopefully it’s the beginning of what will become a national pattern,” Mr Shoebridge says.

“In the absence of any structured support, there are far too many young people who fall into insecure housing and poverty, and that shouldn’t be their experience.”

Mr Shoebridge believes it wouldn’t be fair to have a conversation about extended care without acknowledging the “grossly disproportionate impact” the foster care system has on First Nations communities.

“Aboriginal young people are vastly overrepresented in the kids taken from their family,” he says.

“They’re the ones we should be thinking of first when it comes to these kinds of support programs.”

The NSW Children’s and Young Persons (Care and Protection) Act 1998 has provisions to provide support to care leavers up to the age of 25.

“Support is available to young people based on their individual needs and circumstances as they transition to independence,” says Minister Ward.

“This includes personalised plans and aftercare assistance, such as financial allowances and payments, assistance to set up a home, support for education, training and employment… counselling and other specialist services”.

But Ms Birchall says this wasn’t her experience.

“Not having a stable caseworker at the age of 17 and 18, I felt like I had no say in my leaving care plan. I have a copy of the plan now but it’s all very basic,” she says.

“I’m not entitled to a lot of things that I need.”

Ms Birchall remains hopeful for the future, saying she wants to finish the HSC one day and go to TAFE.

“We just want to be supported like other kids, and not be treated differently.”

‘We just want to be supported like other kids’: How Australia is failing foster care teens