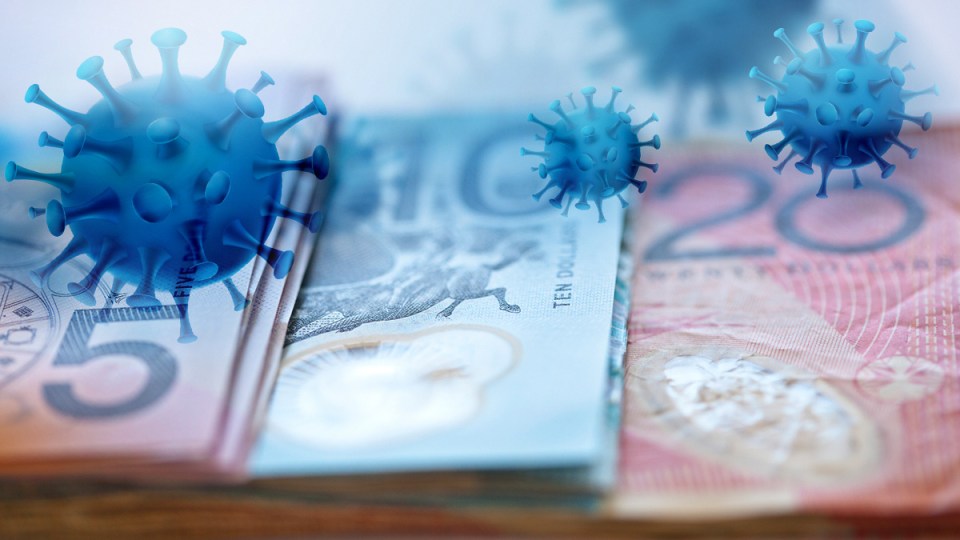 The coronavirus pandemic has reduced the use of cash, accelerating Australia's shift towards digital payments. Photo: The New Daily
opinion

The COVID-19 pandemic has transformed so much of our lives, from the economic to the social. Rarely has it led to changes for the better. More often than not, it has exposed pre-existing vulnerabilities.

That’s certainly the case when we look at the digital divide in Australia, and in particular how the shift towards digital payment platforms and contactless payments, at the expense of cash, has left too many Australians vulnerable and exposed during this crisis.

The ‘digital divide’ refers to the degree that individuals can access both connectivity (most notably high-speed and reliable internet) and the technology (such as computers and smartphones) that enable such connectivity. The digital divide affects vulnerable Australians the most and is amplified by remoteness, socio-economic status, age, literacy and language.

Access to both connectivity and technology is an essential social equaliser in our community and has become even more essential during the pandemic.

Throughout this crisis, we’ve seen both emerge as prerequisites for fair participation in education (as schooling moved to the home environment), access to health care (as telehealth in many cases overtook face-to-face medical appointments) and to information (the most basic COVID-19 updates are offered online first).

This has all taken place with varying degrees of success, while exposing particular vulnerabilities, particularly among those Australians who we already know suffer from the digital divide.

One less talked about participation barrier has been the decline in the use of cash in favour of a preference, or even a demand, for digital or contactless payments.

As cash has come to be seen as unhygienic in the context of social distancing, more and more stores have moved to prioritise, and in some cases accept only, contactless means of payment.

The decline of cash is of course not unique to the pandemic, but the impact of that decline on vulnerable Australians has become more acute.

Before the pandemic, the growth in cashless payments was largely a good-news story, especially when considered in the frame of innovation and competition.

Over recent years, the fintech (financial technology) sector has become ever more sophisticated in providing digital payment platforms that have made the lives of many Australians easier. Digital wallets such as Apple Pay, Samsung Pay and Android Pay free up space in our pockets.

Other platforms, such as Afterpay, provide a non-traditional means of both credit and payment, and both traditional banks and neobanks are competing to provide convenient and personalised payment cards using traditional products such as Visa and Mastercard.

The convenience of these payment platforms ensured that their use was on the rise before the pandemic.

The percentage of Australians using such products almost doubled between March 2018 and March 2020.

Take-up of fintech products broadly more than doubled between 2015 and 2018.

The Reserve Bank of Australia (RBA) reported that, in 2019, 83 per cent of point-of-sale card transactions in Australia were contactless. In fact, in 2016, Australia had the highest rate of contactless credit or debit card payments in the world.

Those statistics are certainly reflected in my own household. Our four children, aged between two and 14, are far more accustomed to seeing my husband and me pay for things using Apple Pay, tap-and-go or PayPal rather than cash.

And, while I’ve often wondered about the impact of this on their own financial literacy training (nothing beats the piggy-bank method of counting out coins to learn how money accumulates and disappears), the reality is that we use those products because they’re convenient and, for the most part, safe.

However, during the pandemic, the use of digital and cashless payment mechanisms has become no longer a question of convenience, but necessity.

Data from Mastercard suggests a 44 per cent increase in the use of contactless payments (whether via debit/credit card or smartphone or watch payment methods) in the early months of the COVID-19 crisis.

Several firms and outlets announced an increase in the transaction limit before a physical pin is required, from $100 to $200 per transaction, in an effort to minimise physical contact.

Some stores even chose to reject cash payments, accepting only electronic forms of payment. The RBA suggests that businesses are permitted to do so, provided they specify the accepted means of payment prior to the transaction, for example by placing a sign on a store counter.

The decision to prioritise cashless, contactless payment is a sensible decision for businesses concerned to protect the safety of their staff, but it hasn’t been without impact on those for whom cash is the only option.

As of April 2020, according to the Australian Banking Association, there were more than half a million Australians who only use passbooks or transaction accounts not linked to debit cards, meaning that they have no access to electronic payment methods.

RBA survey data shows that people on low incomes and those over 65 are the biggest continued users of cash. Consumers over 65 made half of their payments in cash in 2019.

For those Australians, the impact of cash restrictions during this crisis has been extremely isolating, furthering their experience of the digital divide and amplifying pre-existing vulnerabilities.

If the shift towards preferring contactless payment continues after the pandemic, as it’s expected to, that will raise very serious social and economic policy issues that, as a parliament, we can’t ignore.

For a start, access to cash was already in decline in Australia.

RBA data shows us that, while the number of ATMs per person in Australia increased three-fold over the 15 years to 2011, it has fallen in recent years.

The further rationalisation of ATMs across Australia after the pandemic could mean that for the tech-less in our community – many of whom became accustomed to using ATMs only because their local branch closed – will now be forced to adapt to a new digital reality for which they aren’t equipped.

There are also other flow-on ramifications from the move away from cash. Charites and not-for-profit organisations often rely on cash to survive.

It’s hard to imagine the many kids and volunteers raising money for charity on street corners always being able to offer a means of digital payment.

This compounds the other challenges such organisations have faced during this pandemic. Similarly, Australian Bureau of Statistics data shows that, in May, 71 per cent of small businesses had experienced at least some drop in revenue due to COVID.

Some surveys even suggest that 41 per cent of small businesses have experienced a decline in revenue of more than 50 per cent, as confidence freefalls in the light of the pandemic.

According to a survey conducted by the Australian Institute of Criminology, 8.2 per cent of women surveyed who are in a cohabitating relationship have experienced domestic violence since the start of the pandemic, while 22.4 per cent had experienced emotionally abusive, harassing and controlling behaviours, which include withholding access to finances.

Of that cohort, 40 per cent said their partner had used shared money or made important financial decisions without talking to them during the pandemic.

And then there are those in our community for whom using cash isn’t a choice but a necessity. The financial exclusion of low-income and vulnerable Australians is a genuine concern as cash becomes less commonly used and less readily available.

The cost of being able to access these payment mechanisms can also present an insurmountable hurdle for some members of our community, due to the digital literacy required to use such devices.

Where fintech products require a smartphone or watch, access is expensive. Working out how to use one can be pretty challenging, too, for some in our community.

The use of digital payment platforms and contactless payments can also present additional transaction risks, such as the risk of being accidentally overdrawn or hit with unexpected charges.

It’s also necessary to monitor each transaction (again, online) to ensure that accounts are in balance and you haven’t been caught up in a scam.

The fact remains that, for some of the more vulnerable in our community, the fintech revolution hasn’t automatically made life easier, swifter or safer, but harder, scarier and riskier, and that has worsened during the pandemic.

Of course, those risks don’t exist just for vulnerable groups. Those who are ‘tech-endowed’ may be forced to relate to being tech-less in instances of power outages or cyberattacks.

Would we all have enough cash in our wallet to pay for petrol or groceries in the event that our preferred digital payments platform went down? Probably not, but it would probably be a temporary pain anyway.

For the tech-less, a cashless society presents a seemingly insurmountable challenge that will affect almost every aspect of their daily lives.

Fintech holds great opportunities both for Australian businesses and for consumers, and cashless and digital payments are certainly a part of that.

But they also present significant challenges, which have been compounded and amplified by this pandemic.

If, as predicted, the behavioural changes that emerged from this crisis when it comes to consumer preferences on cash use, as well as broader restrictions or conventions that prevent cash use, continue then we’ll be faced with significant social and economic disadvantage for those already experiencing the other ill effects of the digital divide.

Cash use is a choice for many, but there are plenty in our community for whom it remains a necessity. If our policy response to this pandemic is, as Labor intends, to leave no one behind, then that must include those who stand to be isolated by a shift away from cash towards new financial technologies.

We can’t allow COVID-19 to further entrench the digital divide. Instead, let’s use it as an opportunity to ensure everyone can participate in our economy and society.

Marielle Smith is a Labor Senator for South Australia. This piece was written for and published in the Australian Strategic Policy Institute’s After COVID Volume 3 series.

Pandemic worsens the digital divide: The Australians left behind by a cashless society