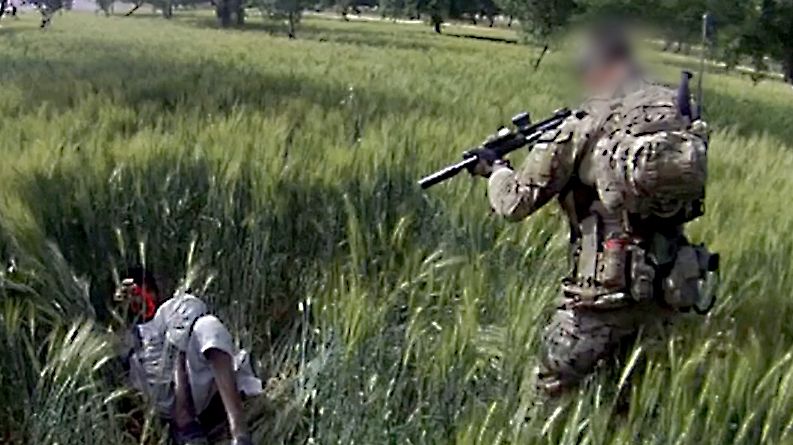 The inquiry found none of the crimes, including murder, were committed in the "heat of battle".

Families of 39 Afghans allegedly unlawfully killed at the hands of elite Australian soldiers say there were many more victims that were not investigated.

A report by the Inspector-General of the Australian Defence Force released last week recommended 19 Australian soldiers be investigated by police for the murders of 39 Afghans and the cruel treatment of two others.

The Afghanistan Human Rights and Democracy Organisation (AHRDO) has been in contact with some of the victims’ families, many of whom live in remote parts of Uruzgan province.

Executive Director of the AHRDO, Hadi Marifat, said he had so far been in contact with about seven families in Uruzgan.

He said the families believe there are other incidents that took place involving Australian soldiers in Uruzgan province that were not investigated as part of the inquiry.

“The victims’ families are claiming there are much more cases beyond these 39 cases [alleged unlawful killings in the inquiry],” he said.

“One of the issues they mentioned is that some of the atrocities happened after 2005 in areas being controlled by the Taliban, and they didn’t reach these Taliban-controlled areas where victims’ families are living.”

Mr Marifat said the families he had spoken to were not aware that the report was being released last week and none were interviewed as part of the Inspector-General’s inquiry.

“They have not been contacted for this inquiry … the report has been released but I can tell you that some of them still don’t know,” he said.

The AHRDO has been working with victims of war in Afghanistan for the past decade, documenting violations of human rights and International Humanitarian Law.

The Inspector-General’s inquiry found junior soldiers were often required by their patrol commanders to shoot prisoners to get their first kill, in a practice known as “blooding”.

It also found evidence some troops planted “throwdown” weapons or radios next to the bodies of Afghan civilians.

Mr Marifat said trying to explain some of those details to victims’ families had been an emotional process.

“Some of them were eyewitnesses to how their son was killed and how their brother was killed,” he said.

“But they do not know very much about the throwdowns and the blooding — these are very specific techniques that Australian special forces used.

“It is very traumatising and shocking for these families.”

The Inspector-General’s report recommended the Australian Government pay compensation to the families of victims in Afghanistan.

But Mr Marifat said the families he spoke to believe putting a price on the lives of their loved ones is unacceptable.

“We use the term compensation, but that’s more or less blood money,” he said.

“They’re not even comfortable with the whole idea of blood money … that is insulting to the families of victims.

“Compensation has to be comprehensive, including restorative justice and rehabilitation to the victims’ families.”

The Brereton report recommends 36 incidents be referred to the Australian Federal Police for criminal investigation.

Mr Marifat said it is imperative for the victims’ families to be involved in the investigation and in any legal proceedings, whether that take place in Afghanistan or abroad.

“Without the participation of the victims, this investigation will be incomplete … the victims and their families will provide first-hand information and evidence that has not been considered so far by the Australian Inspector-General,” he said.

“The victims and their families expect a swift investigation … it has already been a delayed process to know the truth, Australians should not further delay it.”

Mr Marifat said above all, the families demand the truth about what happened to their loved ones, and for those responsible for the alleged unlawful killings to be held accountable.

“Nothing can heal the open wounds of the victims and their families other than bringing those responsible to justice.”