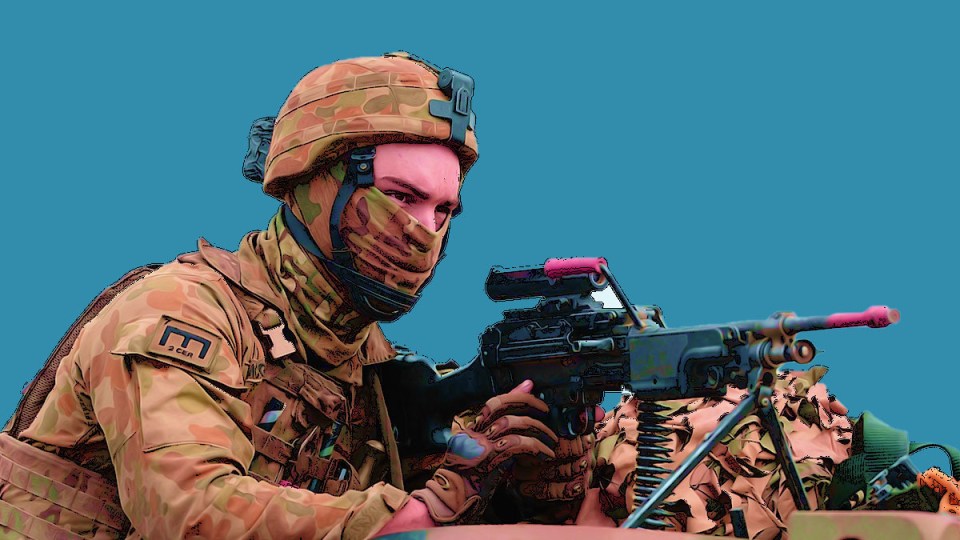 The four year investigation comes to a close today.

The findings of a long and secretive probe into allegations of war crimes among Australia’s elite military unit will now be made public.

The spotlight will be shone on the Australian Special Forces, which are used to operating in the shadows, revealing in part war crimes that were committed during the Afghanistan War.

The revelations are expected to be sobering.

Among other things, the report is expected to detail “bloodings” – initiation games where junior soldiers were encouraged to execute innocent civilians.

As the four-year investigation launched by the Inspector-General of the Australian Defence Force  – IGADF – comes to a close, many are wondering what will happen next.

How did it start?

The nation’s biggest probe into war crimes started with whispers.

Led by Major General Paul Brereton, who is also a NSW Supreme Court judge, the IGADF began its closed-door investigation into allegations of war crimes in May 2016.

Its job was to find out if the rumours – that Australian soldiers had committed war crimes – were true.

It was not focused on decisions made in the ‘heat of battle’, but the treatment of civilians and captured soldiers who were no longer combatants.

Over the 12 years Australian troops were deployed in Afghanistan, it’s estimated they killed more 5000 individuals – the majority of them suspected Taliban fighters – but also innocent civilians.

What do we know about the allegations?

It is unclear exactly how redacted or otherwise the report will be.

Prime Minister Scott Morrison said identifying details about those involved would be censored in the report, but couldn’t give an indication or commitment as to how heavily the wider report would be blacked out for public reading.

The PM said neither he nor Defence Minister Linda Reynolds would have access to the unredacted version.

“It is quite a voluminous report but it will be, for obvious reasons, a redacted report both to ensure the integrity of the justice process that is flowing from it and also national security issues as are relevant,” Mr Morrison said.

In total, there were 55 incidents of alleged unlawful killings between 2005 and 2016.

More than 330 people gave evidence behind closed doors, both here and in Afghanistan.

Some of the evidence has already leaked through to the public through reporting by the ABC and Nine Newspapers.

Earlier this year, disturbing footage emerged showing an Australian soldier shooting dead a cowering Afghan man, who was unarmed, after asking his superior if he wanted the solider to “drop this c–t”.

The leaks have also revealed allegations that Afghan civilians were used as “target practice” and for “bloodings” in which junior soldiers were encouraged to kill them.

In other incidents, a detainee was allegedly shot when there was no room for him on a helicopter and Victoria Cross recipient Ben Roberts-Smith has also been accused of kicking a handcuffed prisoner off a cliff.

He vehemently denies the allegations and is suing The Sydney Morning Herald and The Age for defamation.

So what happens next?

The PM said a special investigator will be appointed to prosecute allegations.

But the political context of the inquiry has been tricky, with the review period of 2005 to 2016 spanning both Coalition and Labor governments, and five prime ministers.

The PM has trod a careful line in announcing the pending release of the IGADF report last week, stressing multiple times that officials were only probing the conduct of a small number of soldiers and that he would not cast aspersions on the wider defence force.

The issue is vexed for both sides in Parliament, with neither major party wanting to make a political football out of foreign wars or soldiers.

As well, the Coalition and Labor have presided over the conflict in Afghanistan, so neither is in a strong position to criticise the other.

However, there is a view among some in Parliament that Mr Morrison’s framework for a special investigator is inserting yet another long step in the investigative process, and risks simply kicking the can further down the road.

Both sides of politics are concerned about how the general public will perceive the potential prosecution of soldiers, with some conservative media personalities already criticising the investigation as unfair to veterans.

Mr Morrison said the special investigator would work for “an indeterminate amount of time”, and some in Parliament think it could be years before any charges could be laid, if at all.

Will there be charges?

If charges are laid, that would lead to formal court proceedings, which would add another long period to the process.

The penalties, if any are ever found guilty of the types of conduct aired in media, could extend to heavy jail time.

Some soldiers, found guilty of crimes, may also be stripped of their medals.

When Minister Reynolds was asked if this would happen, she said Defence Chief Angus Campbell was considering all options.

“There are many options and recommendations for action,” she said.

“It is my expectation that [he] would consider each and every one of those recommendations, which may well include what you just said.”

Everything you need to know about the SAS war crimes report