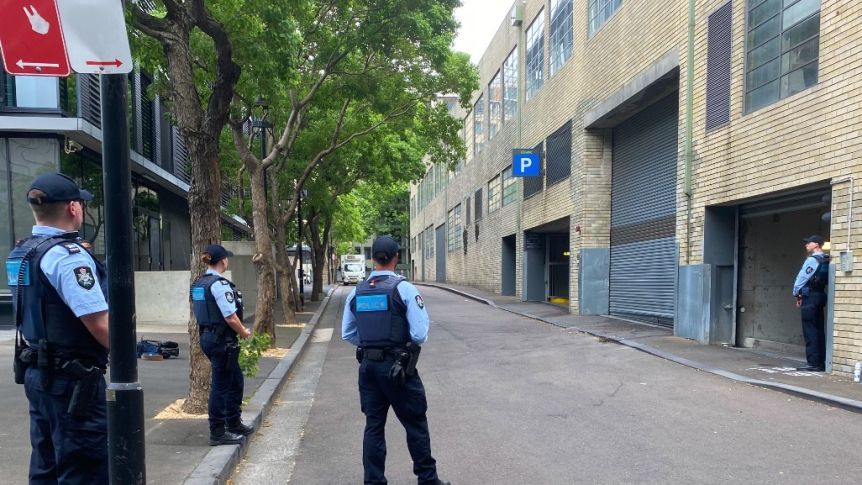 Early on Wednesday, officers searched the CFMEU headquarters at Pyrmont, with other raids underway at properties across inner Sydney.

The AFP confirmed it executed search warrants at the Sydney properties as part of a trade union task force investigation.

“As this remains an ongoing investigation, no further information can be provided at this time,” an AFP statement said.

The raids – on CFMEU offices and homes – began early on Wednesday. No arrests had been made by lunchtime.

CFMEU national construction secretary Dave Noonan said the union was co-operating with the raids “to the extent required by law”.

“The AFP have been taking an increasingly active role in industrial relations matters, and have previously raided CFMEU offices in Canberra and Brisbane,” he said.

“Neither of those raids resulted in any charges being laid against any union official.

“In the case of Canberra, the AFP actions were found to be unlawful by the ACT Supreme Court.

“The AFP does not appear to have a similar level of urgency when investigating alleged malfeasance or corruption of Coalition ministers, as we have seen in the Angus Taylor and Michaelia Cash scandals.”

The ABC said early on Wednesday it had seen three NSW Police officers stationed at the rear of the union’s Pyrmont headquarters.

One staff member arrived for work and was inside the building for about 20 seconds before she was ushered out by officials.

The CFMEU represents 100,000 construction workers across the country as well as more than 20,000 mining and energy workers.

The union is preparing for an election of officials, including its state president. The ballot is due to open in January.

In 2014 the federal government established a joint police taskforce to investigate conduct uncovered by the royal commission into union corruption.