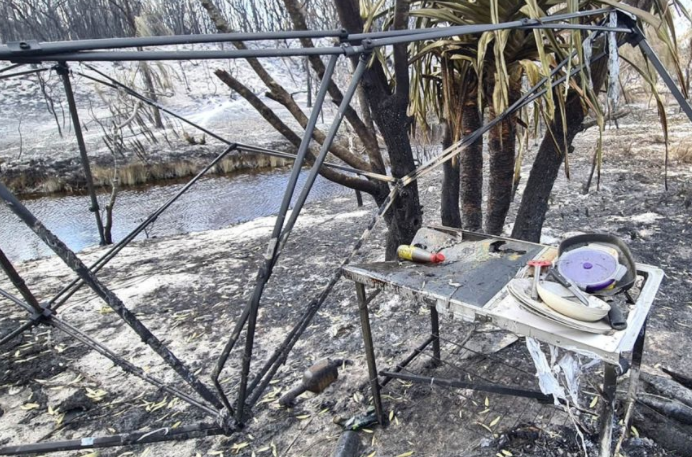 Fraser island tourists have been evacuated to the southern end of the island as firefighters battle a massive month-old bushfire on two townships.

The fire is burning on multiple fronts 1.2km north of Cathedrals Beach and heading south-southwest, the Department of Environment said on Sunday.

“Rangers are preparing fire lines around the townships of Happy Valley and Cathedrals,” a spokeswoman said.

“Conditions are breezy. It’s forecast to be a hot one. As the temperature rises that will likely ramp up the fire.”

Smoke is visible from mainland communities and towns to the south, such as Rainbow Beach. Campers are believed to have started the blaze after lighting an illegal cooking fire on October 14 and failing to properly extinguish it.

The fire has burned bushland from Rooney’s Point in the north to Dundubara Campground in the south – about 40 km of the 120km long island.

Planning is also underway to start backburning around Cathedral Beach.

Campers flee to safety as bushfire rolls through Fraser Island