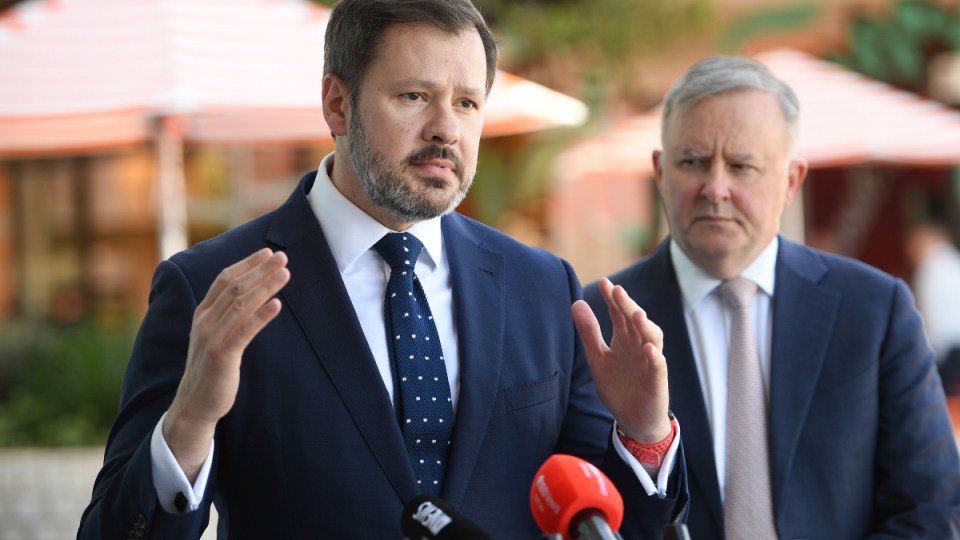 In a stunning move, Mr Fitzgibbon quit his senior role on Tuesday after 18 months of interventions urging his party to support gas and coal jobs over ambitious climate change action.

Mr Husic, whose seat is in outer suburban Sydney, will take over the agriculture and resources portfolios.

“It would always be great to serve alongside Joel, but we’re still in the same Parliament together, and I look forward to that,” he said on Tuesday afternoon.

“I’m very happy to be able to be responsible for two industries that have been the absolute bedrock of the Australian economy, in terms of agriculture and resources.”

Mr Husic stood aside from the front bench after the 2019 election to make way for ex-NSW premier Kristina Keneally.

“We will have a fuller change at the end of the year, after the government does,” he said.

“I think Albo can win if he listens to Joel Fitzgibbon more,” he said in Canberra on Tuesday.

Mr Fitzgibbon said he had no regrets about the public division his views on energy and other policy areas had caused.

“The Labor Party has been spending too much time in recent years talking about issues like climate change – which is a very important issue – and not enough time talking about the needs of our traditional base.”

On climate change, the veteran MP said the only way to achieve action was to win government.

“After 14 years of trying, the Labor Party has made not one contribution to the reduction of greenhouse gas emissions in this country.”

Mr Fitzgibbon said he would need to be drafted to contest a leadership spill against Mr Albanese.

He later said was being flippant because he didn’t believe there was any caucus member wanting him to take charge.

Mr Fitzgibbon lamented not running for the leadership, which Mr Albanese was unopposed for, after Labor’s election loss in May 2019.

“I don’t believe I would have won that contest, but I think a contest would have been good for the rank-and-file and the industrial wing of the party,” the NSW right faction leader said.

Mr Fitzgibbon conceded a scare in his regional NSW seat of Hunter played a large part in his outspoken views on coal-mining since the election.

“I would be a foolish politician not to respond to such a large swing,” he said.

But he’s confident of staying in parliament beyond the next election.

“I reckon if they didn’t get me last time, they probably never will. It was a perfect storm.”