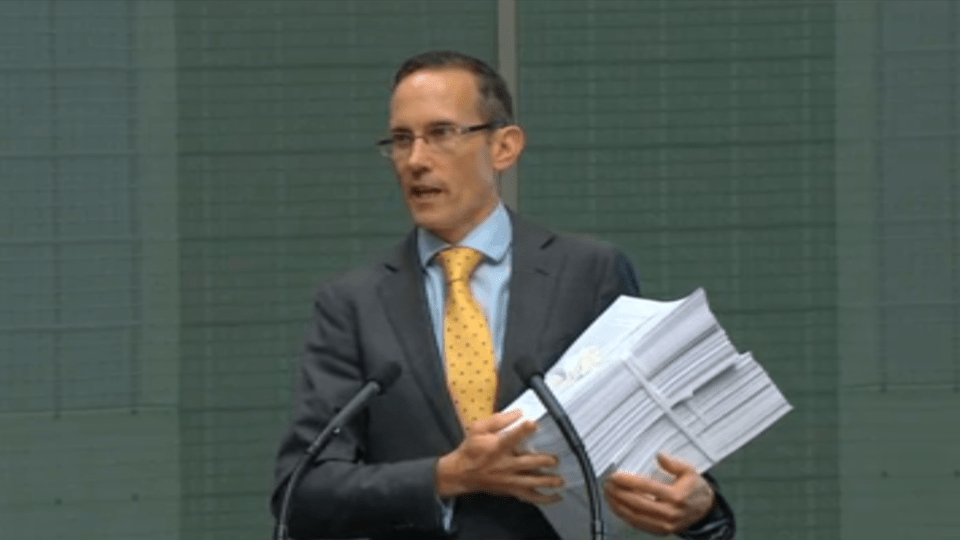 A record-breaking petition calling for a royal commission into the Murdoch media empire has been officially tabled in parliament.

More than half a million Australians signed the online petition launched by former prime minister Kevin Rudd, calling for a full investigation into media ownership and bias.

It is the biggest ever petition on the federal parliament’s website, with another former prime minister in Malcolm Turnbull publicly supporting the petition.

The pair of former leaders claim Australia is on the American path to deep division unless Rupert Murdoch’s hyper-partisan media operations are kept in check. On the ABC’s Insiders program on Sunday,  Mr Rudd called out “Murdoch bullies” and called Mr Murdoch “a cancer on our democracy”.

The federal Labor Party has declined to officially back Mr Rudd’s Royal Commission, and serving politicians are banned from signing such petitions.

However, Canberra MP Dr Andrew Leigh tabled the petition in the House of Representatives on Monday afternoon, bringing a huge stack of paper into the chamber bearing the signatures of all 501,876 signees.

Labor's @ALeighMP has presented @MrKRudd's record-breaking petition to parliament, for a Royal Commission into media ownership

“We in this parliament are the servants of the people, and a vital part of our job is to table the views of citizens,” Dr Leigh said.

The Member for Fenner used a short address in Parliament to speak about media diversity, talking about how a decreasing number of journalists and the concentration of media owners was raising “the risk of corruption going unchecked.”

“In Australia, the media is shrinking and extremely concentrated. From 2006 to 2016, the number of journalists fell nine per cent,” Dr Leigh claimed.

“A healthy media isn’t a luxury – it’s fundamental to a strong democracy,” he added later.

Petitions committee chair, Liberal-Nationals MP Ken O’Dowd, said he was impressed with the number of Australians engaging with parliament and democracy.