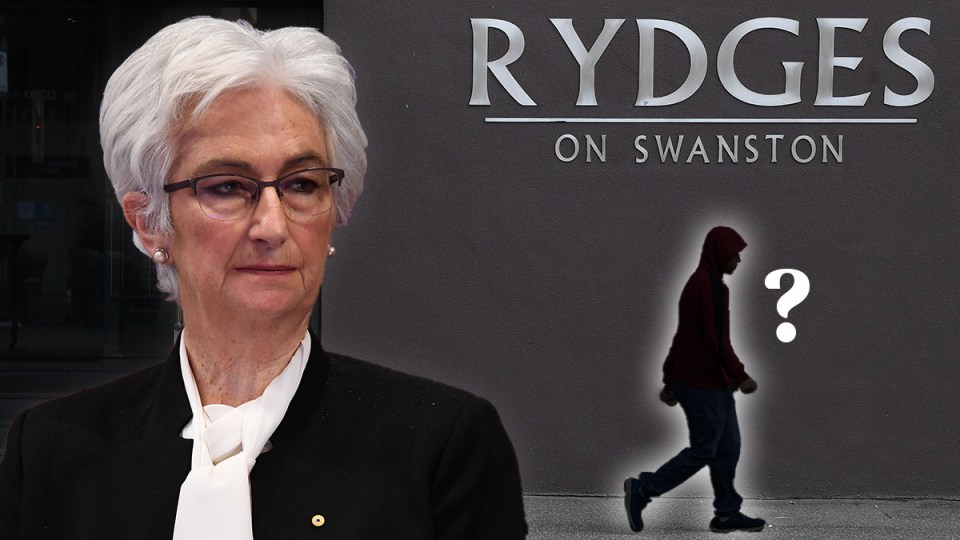 Jennifer Coate made the recommendations on Friday. Graphic; TND

Returned overseas travellers will be required to either quarantine at a hotel guarded by police “24/7” or at home under a model put forward by an inquiry.

The hotel quarantine inquiry, headed by retired judge Jennifer Coate, has made 69 recommendations in its 84-page interim report tabled in parliament on Friday.

It proposes the state’s future quarantine program is split into two models – a facility-based model and a home-based model.

“People who return to Victoria from overseas are likely to be assessed as suitable to quarantine at home or in a suitable nominated residence with the necessary monitoring, compliance and penalty provisions,” the report says.

“There will be people who, for a range of reasons are assessed as unable or unsuitable to do so. For such people, a facility-based model will be needed.”

The inquiry recommends police are present at quarantine facilities.

“The Chief Commissioner of Police be requested to provide a 24/7 police presence on-site at each quarantine facility,” the report said.

“We need to look at what is in that report but as soon as we can safely have that system set up and have those flights returning, we will,” he said on October 29.

“I am very confident we will be able to have that well before Christmas … probably toward the end of November.”

A final report with a full set of recommendations and findings – such as who made the decision to hire private security and rebuff the Australian Defence Force’s help – will be delivered by December 21.

The board of inquiry was meant to hand over its final report on November 6 but needed more time to examine additional evidence.

Mr Andrews, Chief Health Officer Brett Sutton and Police and Emergency Services Minister Lisa Neville were among those asked to provide new statements to the inquiry after its public hearings ended.

Additional emails and phone records were also obtained by the inquiry.

Victoria’s second wave of coronavirus, which resulted in more than 18,000 new infections and 800 deaths, can be traced back to outbreaks at the Rydges and Stamford Plaza hotels.

Health Minister Jenny Mikakos and the government’s most senior public servant, Department of Premier and Cabinet (DPC) secretary Chris Eccles resigned after the inquiry heard evidence of their involvement in the program.