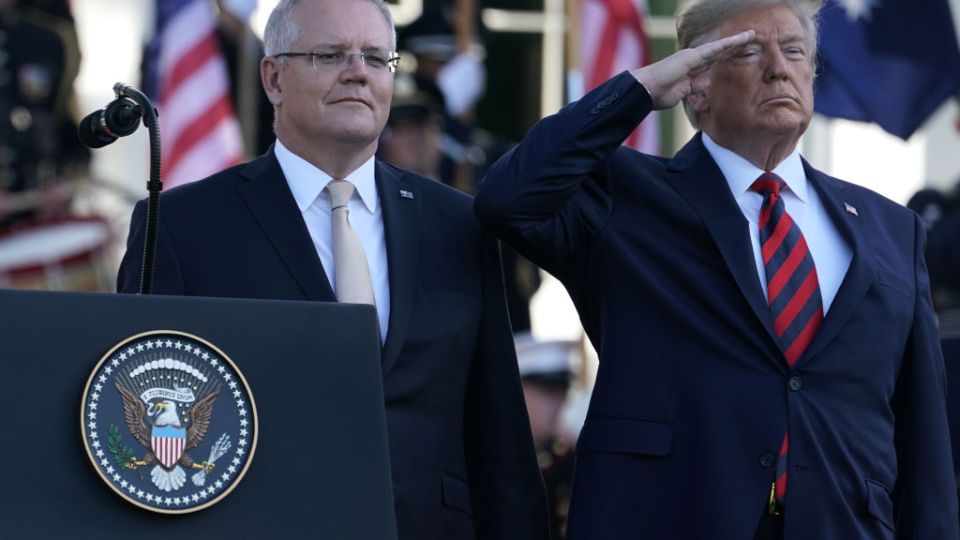 “It is absolutely in Australia’s national interest that the United States remains a stable and a credible democracy.

Mr Albanese also took Mr Morrison to task over sentiments expressed by Joe Hockey and George Christensen, which cast doubt on the legitimacy of the vote-counting process.

“America’s institutions need the space to complete this process, fairly and lawfully, but those institutions shouldn’t be undermined by conspiracies,” he said.

“That’s why the spreading of disinformation by a range of LNP members, including Joe Hockey, Matt Canavan and George Christensen, should be distanced from by the Prime Minister, Scott Morrison.

“He has a responsibility to ensure that members of his caucus and his party behave responsibly at this time.”

Nationals Senator Matt Canavan said “the result of the US election might not be known for a while yet” but he did not cast doubt on the vote count.

“Obviously some matters are heading to the court and votes are shifting around,” he said.

“Whatever the outcome, our friendship will be as strong as ever.

“Let’s hope it’s resolved sooner than later, but that’s a question for the US.”

Deputy Opposition Leader Richard Marles is content to wait for a result.

“Elections sometimes take time to get the result, this is playing out as was expected in the US,” he said.

“Our job at the moment is to just give them the space to land this, and I’m sure they will.”

Trade Minister Simon Birmingham said he had confidence in America’s democratic institutions to withstand the claims of voter fraud and tampering.

“I have no doubt that elections will be conducted and counted fairly, and that the democratic will of the American people will ultimately be what we see upheld,” he told 5AA radio.

“Whether that involves legal challenges or not, we will end up with the president, I’m sure, who reflects what the majority opinion in the US is as a result of votes cast freely and fairly.

“And that’s what we should all see.”

Senator Birmingham reflected on a concession speech the late John McCain gave after losing to Barack Obama in 2008.

He described the former US senator as a wonderful man and “the greatest president, perhaps, that America never had”.

“I think we can all hope that, at the end of this very fraught election period, whoever the loser is, is able to muster the type of strength of character and goodwill to be able to repeat some of those very admirable sentiments.”