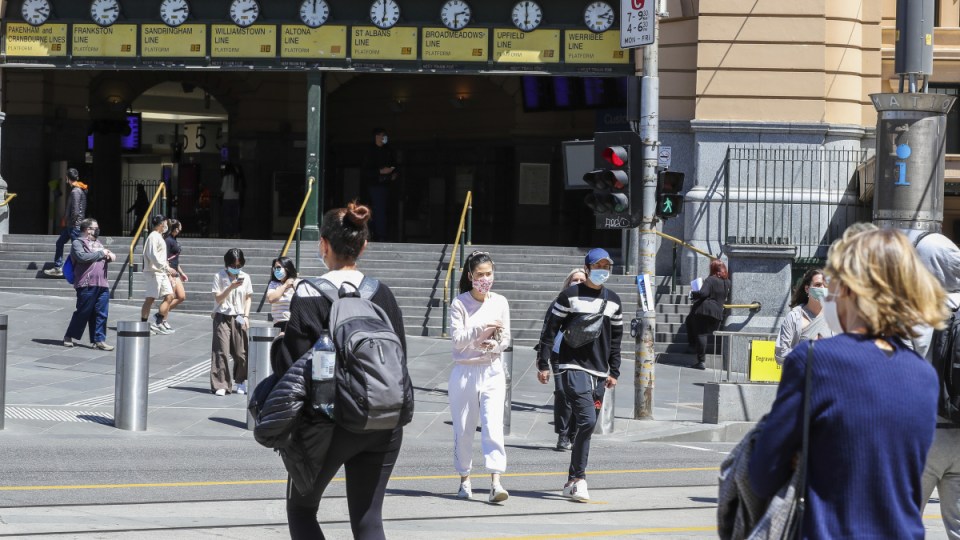 Victoria is tipped to reach 100,000 COVID-19 cases for the entire pandemic by the end of this week. Photo: AAP

Victoria has recorded yet another day of no new coronavirus cases or deaths.

Also Thursday came news that manufacturing of the first coronavirus vaccine for Australians will start in Melbourne next week.

Metropolitan Melbourne’s 14-day rolling average is down to 1.4 cases and the city’s mystery cases to Monday remain at two.

The state looks set to ease restrictions at the weekend although Premier Daniel Andrews has indicated it will persevere with mandatory mask rules.

“The day before, I had a sniffle, so I went and got tested,” he added.

“With the arrangement with AstraZeneca … that process begins next week, but the vaccines will become available over the course of next year, starting in quarter one,” Mr Morrison said.

NSW announced on Wednesday it would reopen its border with Victoria on November 23 and Mr Andrews said the decision was a ringing endorsement of the state’s ability to manage and suppress COVID-19 outbreaks.

Mr Andrews suggested the decision would put to bed some rather “unhelpful” and “inaccurate” commentary on Victoria’s handling of the pandemic, including its oft-critiqued contact tracing regime.

“The Premier of NSW would not be opening her border if she did not have confidence in a couple of important things,” he told reporters on Wednesday.

“One, the public health response in our state, but most importantly in the people of Victoria to stay the course, to see this thing off, to get the numbers low, as we have.”

The Victoria-NSW border was closed on July 8 as the second wave ratcheted up in the southern state.

It was the first shutdown between the states since the 1919 Spanish flu epidemic, although border communities were allowed to cross through a permit system.

Victoria’s other border with South Australia is also set to be relaxed in a fortnight, while Queensland is unmoved on its timeline to reassess its ban at the end of the month.

Even as NSW prepares to reopen, Mr Andrews encouraged residents to holiday at home.

“I would urge Victorians – don’t be going to Sydney for Christmas unless you absolutely have to,” the Premier said.

“You want a summer holiday? We’ve got lots of opportunities here.”

Victoria has not had six consecutive days without coronavirus deaths or new cases since February.