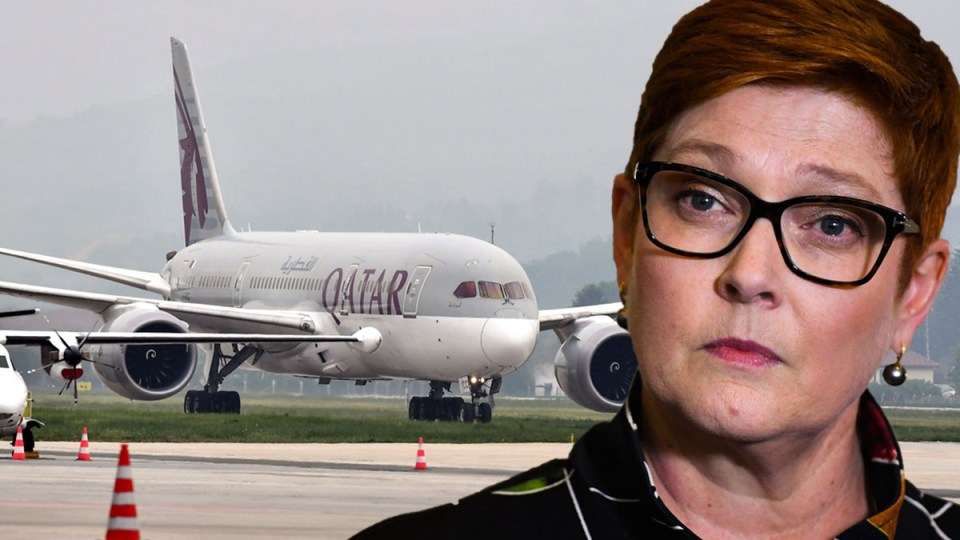 Foreign Minister Marise Payne has welcomed an apology from Qatar over the forced internal examinations of women, including 13 Australians, after an abandoned baby was found at Doha International Airport.

She also commended the findings of a Qatari investigation that showed “illegal actions” had occurred when the female passengers on a Sydney-bound flight were subjected to the examinations on October 2.

“It is an important step that these offences have been referred to the Public Prosecution Office,” Ms Payne said in a statement on Friday night.

“Those responsible for these violations and illegal actions have been referred to the Public Prosecution Office.

“What took place is wholly inconsistent with Qatar’s culture and values,” the statement said.

It said the prime minister and interior minister, Sheikh Khalid bin Khalifa bin Abdulaziz Al Thani, had offered his country’s “sincerest apology” to the women forced to undergo the examinations.

Ms Payne said she welcomed the apology and Qatar’s acknowledgement of the “offensive mistreatment of female passengers” at the airport.

“Australian passengers will be reassured that Qatar has established a specialised task force to review procedures and protocols to ensure there is never a repeat of this incident,” she said.

“The statement of the Government of Qatar is consistent with our expectations for contrition, accountability and determination to avoid any repeat of this disturbing episode.”

The Qatari apology comes after the Australian government expressed outrage and union workers threatened not to service Qatar Airways aircraft in Sydney over the incident.