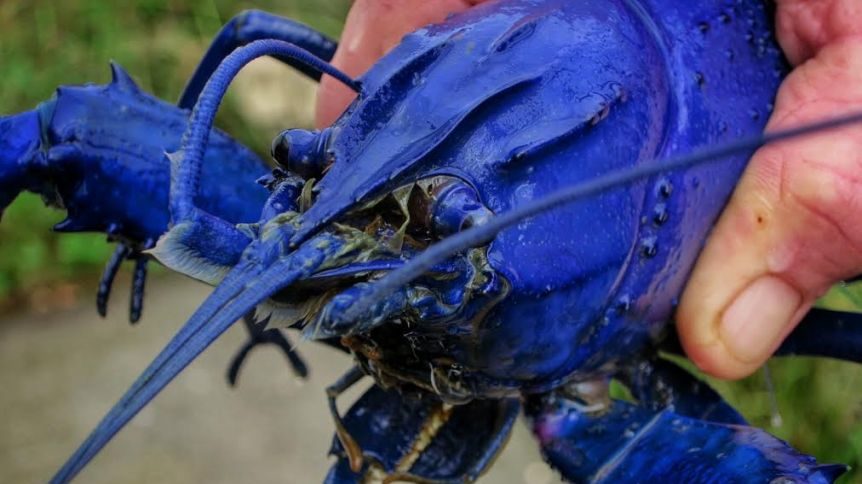 Some WA marron producers have seen a spike in enquiries for the rare blue crustacean. Photo: Tom Edwards

They won’t you fetch the newspaper or cuddle on the couch at the end of a long day, but pet owners are shelling out record dollars for ornamental blue marron during the COVID-19 pandemic.

The freshwater crayfish species can range in colour from jet black to brown, striped and red, but it is cobalt blue marron that is becoming increasingly popular as showpieces in aquariums across Australia and the world.

Peter McGinty is a marron producer based at Manjimup in Western Australia’s south-west, about three hours south of Perth.

He said he has received an unprecedented number of inquiries for the eye-catching, electric-blue crustacean since the start of the global health crisis.

“They look absolutely amazing in an aquarium,” Mr McGinty said.

“The demand is exceptional from all around the world and has gone through the roof.

“We’ve seen particular interest out of Victoria, where they’re not actually allowed to be kept because they’re prohibited due to potential competition with the Murray crayfish.”

Marron is endemic between Harvey and Albany in WA’s south-west and is under threat due to destruction of riverbank vegetation, rising salinity, climate change and reduced river flow.

According to the Department of Primary Industries and Regional Development, a variety of factors affect marron colouration including genetics and diet.

“[Blue marron is] quite rare, so the prices we fetch are generally double if not triple the price of a standard black marron.

“It’s even treated differently from black marron, even in the export documentation, where there’s a different set of rules if you’re exporting for the aquarium trade as opposed to the food industry.”

Dulana Herath is an aquatic biologist who also sells blue marron in the domestic market and says a fully grown female can sell for up to $250, depending on its size.

“There is huge demand. We get emails just about every day and there’s just not enough producers of blue marron,” Dr Herath said.

“We’ve had inquiries from all over the world during the pandemic, including from the US, Europe and China.”

Dr Herath says blue marron is considered lucky in some South-East Asian countries, which is driving demand, but there is also increased interest from within WA.

“Marron are pretty attractive. They move like spiders and they’re very interactive,” he said.

“And because it’s a WA native, a lot of people locally are trying them as pets.”

The next designer pet isn’t a dog or cat. It’s these blue crustaceans