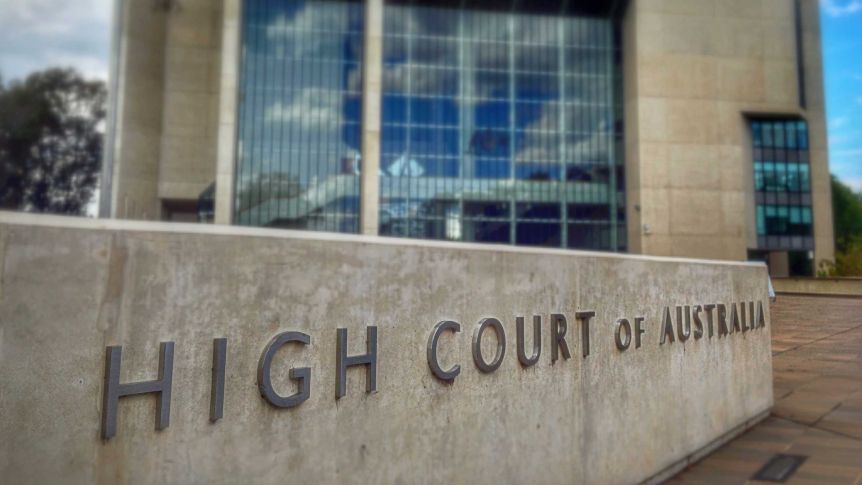 The two new justices will start at the High Court in December and March. Photo: ABC News

The Morrison government has made its first appointments to the High Court. In doing so it has gone for continuity, both in terms of geography and gender.

The news Justices Jacqueline Gleeson and Simon Steward will be Australia’s next High Court judges follow months of speculation.

With the upcoming retirements of Justices Virginia Bell and Geoffrey Nettle – as they reach the constitutionally prescribed retirement age of 70 – two vacancies had opened up on the High Court bench.

Although it might be true that many Australians outside of the legal profession do not know who their judges are, as Justice Bell observed in 2017, this lack of celebrity status certainly does not diminish the significance of these appointments.

As the highest court in Australia’s judicial hierarchy, the High Court makes decisions with the potential to shape the nation, including challenges to the constitutional validity of laws.

Who are the new judges?

Steward, 51, is from Melbourne and will join the court in December to replace Nettle (also a Victorian). He was appointed to the Federal Court in 2018, with speciality areas in tax and administrative law.

Gleeson, 54, is from Sydney, and will join the court in March to replace Bell (also from NSW). She was appointed to the Federal Court in 2014, with Attorney-General Christian Porter noting her “diverse legal career at the bar and as a solicitor”.

As Mr Porter also pointed out, Judge Gleeson’s appointment represents a first in the common law world, as she is the daughter of former High Court Chief Justice, Murray Gleeson.

These appointees were not entirely unexpected.

Both new judges names’ were floated as possible contenders. However, it is fair to say Judge Steward’s name appeared more frequently, perhaps bolstered by his conservative credentials as a so-called “black-letter” lawyer, who has a more literal interpretation of the law.

Judge Gleeson is not a huge surprise either, given her wide-ranging background, with expertise in administrative law, competition and consumer law, professional liability and tax law.

The government has, as predicted gone for a like-for-like appointment both in terms of gender and state of origin. This means three of the seven justices are women.

Until now, the gender dynamics on the High Court have been carefully crafted.

No woman had ever replaced another woman – lest anyone get the idea there are seats reserved for women. Moreover, decision makers have usually been insistent gender is not taken into account (while “merit” is).

Perhaps one surprise is that both new justices have been appointed from the Federal Court.

It was assumed with Justice Bell’s retirement at least one of the new judges would be an expert in criminal law (and be appointed from a state Supreme Court).

It means the High Court will be dominated by former Federal Court judges, with all justices other than Stephen Gageler elevated from the Federal Court.

What does this mean for the High Court?

None of this means appointment decisions are devoid of political dimensions – either about the specific composition of the court, or about a particular appointee’s views about the Commonwealth’s legislative power.

A government may appoint a judge for a range of reasons, including adding some form of balance to the court (state, sex or expertise in a particular area of law in which the court is lacking) or because a judge is the leading jurist of their generation, or simply because a person is an uncontroversial compromise when views are polarised in relation to other candidates.

Inevitably, questions will be raised about what kind of judges the new appointees will be.

They join a court, where Chief Justice Susan Kiefel has promoted a collegial approach to judgment writing. Will Judge Steward and Judge  Gleeson embrace this culture?

The appointment of the sixth woman (and the 49th man) suggests some inroads have been made to ensuring the court reflects the society from which it is drawn. But more can be done.

Yet, with no formal recognition of the importance of diversity in appointments, or any transparency in terms of the process of appointment, any progress remains at the whim of the government of the day.

For Judge Gleeson and Judge Steward, their appointments represent a significant personal achievement.

What impact they will have on the High Court remains to be seen, but there is no doubt they have the capacity to shape the court’s decisions into the future.

Given their respective ages, they will certainly have time to make their mark.