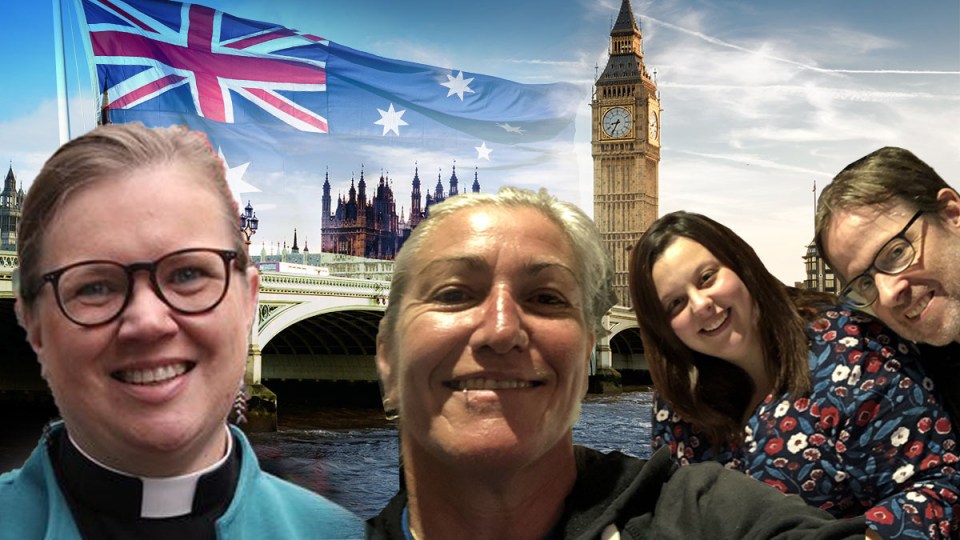 Australians have been stranded on coronavirus hot spots for months. Graphic: TND Photo: The New Daily

After almost six months stranded in the United Kingdom due to border closures caused by the coronavirus, Australian psychologist Sandi James said her mental health was at a low ebb.

When she saw a Facebook post from fellow Australian Jordann Barge offering a free place to stay for those stuck in the UK, Ms James jumped on a train to the small town of Cullompton in south-west England.

“Just before I went to Jordann’s place I was not sure I would survive,” Ms James told The New Daily.

“I think that the stay … gave me the space to be able to rebuild some of my resilience and find some hope.”

Ms Barge’s offer of free accommodation is one of many that have appeared in recent months on social media groups used by the tens of thousands of Australians marooned overseas by the strict caps on returning citizens and permanent residents.

Australian expats, or sometimes non-Australians who have simply been moved by their plight, have made available rooms or couches in places teeming with their compatriots, such as England and Scotland, but also in locations such as Sweden, Colorado and Finland.

One Australian in Croatia even offered up his off-the-grid shack on an Adriatic island.

In July, the federal government thrashed out a deal with the states to limit the number of returning Australians and permanent residents to just over 4000 to manage the pressures on mandatory hotel quarantine, which worsened after the Victorian government banned all international arrivals in the wake of Melbourne’s second wave of infections.

The federal government last week announced that it would cater for an extra 500 returnees per fortnight at Howard Springs, a mining accommodation camp in the Northern Territory.

But that effort will only make a small dent in the 32,300 people that the Department of Foreign Affairs and Trade has said have registered as wanting to come home.

The restrictions have caused some Australians who were only supposed to be overseas for a short time, or whose work visas have expired, to seek cheap or emergency shelter.

Some have turned to social media to seek financial help or somewhere to stay.

Originally from Adelaide, Ms Barge said the predicament faced by her compatriots in the UK has kept her awake at night in the four-bedroom home she shares with her British husband.

“It seemed stupid to watch people sleep on the floor in Heathrow [Airport] and things like that without somewhere to stay,” said Ms Barge, who works for the UK’s National Health Service and has been in the UK for five years.

“I think that was the main motivation behind it, that I didn’t want anyone to be stuck without somewhere safe.”

Ms James arrived in Ireland in March for what was supposed to be a 12-day stay, but has been trapped in Europe ever since.

She lodged with Ms Barge for just over a week last month before being offered a room in a closed hostel owned by a friend.

She booked a flight to Australia but, like thousands of others, was shunted due to the caps, and gave up attempting to get home.

She has since been granted special permission to enter Malaysia, where she has secured a job with a university.

After being interviewed by the BBC last month, Ms James said she was inundated by offers of accommodation and help from Brits.

“I have no words. There is just no way to thank everyone, really,” she said.

Like Ms Barge some 227 kilometres away, Australian-born priest Raewynne Whiteley also has plenty of free space in her large house in London’s southern outskirts — supplied by the Church of England, she says, “so you can entertain the bishop”.

But after seeing desperate pleas for assistance on social media, she decided that Australians unable to return home were as deserving as the clergy, as long as they were happy to share the roost with her cat Abelard and perhaps even help tame her garden.

“It’s actually to do with my faith,” she says of her reasons for offering to share her home, citing verses in Matthew XXV, which encourage giving hospitality to those in need.

“There are people who are in need of shelter and I have it, that’s really what prompted it.”

Ms Whiteley said she knows how it could feel to be “cut off and isolated”, having lived overseas for some 22 years.

She is yet to host any guests, suggesting people may be seeking accommodation closer to Heathrow, which has become a hub for hopeful returnees across Europe.

Last month, the Australian government announced a slight increase in the number of people allowed to enter the country each week, although it remains unclear how the easing of the caps has filtered down to the airlines servicing Australia.

Brad Walker, who lives with his Australian family in the Swedish city of Örebro, says he’s “pretty disappointed that it’s been allowed to get to the situation that it is”.

Mr Walker, whose partner was unable to return to Australia when her grandmother passed away, is offering a spare room to Australians who find themselves hard up in Sweden.

“I think probably one of the main things is for us to be away and you always go away with a notion that you can be home tomorrow and that helps on another level sometimes when it’s difficult to be away from family,” he says.

“Knowing that route is cut off is a bit of a strange feeling.”

‘I have no words’: Australian expats open up homes to stranded compatriots