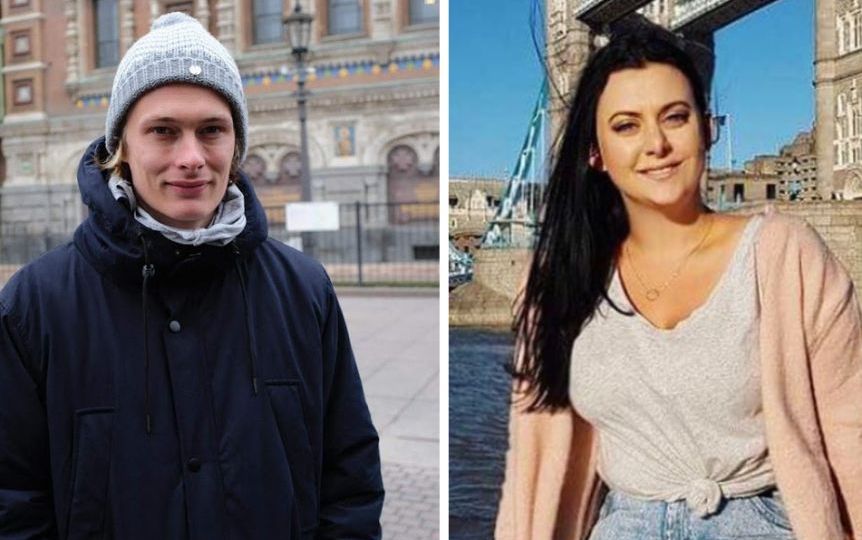 James Cater is stranded in Siberia, while Rachael Woods has just arrived home.

Like many young Australians, Rachael Woods travelled to the United Kingdom seeking adventure and job opportunities.

For two years, she had a wonderful life, earning enough working in hospitality to travel a little and make great friends.

“I was happy, I loved it over there and I didn’t realise I had much of an Australian accent until I received the comments every second day,” Ms Woods said.

When COVID-19 hit, the 24-year-old kept working for a little while until her job was furloughed and she was eventually let go in June.

She booked a flight home soon after, packed her bags and on the day of her departure moved out of her apartment and headed to the airport, only to be told she was not allowed to return to Australia.

Since then, she has had another three flights cancelled and during the wait, with no work, has been forced to rely on help from friends and sleep in their loungerooms.

She says she has repeatedly written to the federal government for help and feels abandoned by the lack of support offered.

The next available flight home was not until December with Qatar Airways.

Ms Woods said Whitlam MP Stephen Jones had been offering her support and called Qatar Airways to ask them to guarantee her flight home.

She landed back in Sydney on Wednesday night.

The Wollongong resident says despite being a little jet-lagged, she is incredibly grateful to be home.

“It was great. I expected to be sitting on a couch for another three or four months, but now I am back safe in Sydney in hotel quarantine,” Ms Woods said.

On reflection, Ms Woods said she was dismayed by the lack of support from the federal government for stranded Australians.

“I am just a bit angry the way the government handled everything,” she said.

“[They] just locked us out of the country and turned their back and said, ‘Cool, don’t care if you are homeless, fend for yourself’.”

Yesterday, national cabinet announced it would lift international passenger caps and indicated it would look for alternative arrangements to expensive hotel quarantine.

Prime Minister Scott Morrison said 26,000 Australians had registered with the federal government in September that they wanted to return home.

“It is a good thing, a step in the right direction,” Ms Woods said.

“So, I do think there is a really long way to go, but any way forward is good.”

James Cater of Shoalhaven Heads, south of Wollongong, has spent the pandemic stranded in Siberia.

He and his Russian girlfriend Anna Merkureva travelled to Russia and it was then the pandemic hit.

They have been in the city of Novosibirsk since July, living off their savings and working as translators.

Their original idea was to wait a couple of months for Ms Merkureva’s partner visa to be completed and then travel to Australia together.

However, they have now been told it could take 24 months for her visa to be processed.

Mr Cater said the uncertainty of the situation had left him with little choice but to try to return home alone.

“I booked a ticket home in June for a flight in July and within a week it was cancelled,” he said.

Mr Cater said he had since had three flights cancelled and his next opportunity to return home was December 1.

“I do feel angry and lost and unsure of what to do.

“Lucky I don’t have huge overhead costs; Anna’s dad has a small farm, a ‘dacha’, where we can grow vegetables and make jam.”

“But I would plead with the government to do more to bring stranded Australians home.”

Losing hope about getting home

Mr Cater said the chartered flights would not be of assistance to him as he could not afford to travel to the United Kingdom and pay the additional costs of self-isolating for the mandatory 14 days before a flight.

“I’m extremely pessimistic at this stage of my chances of being able to return before Christmas, or even in the early part of 2021 for that matter,” he said.

“While I have registered with DFAT (Department of Foreign Affairs and Trade), I have not received any updates or notifications from them.”

Mr Cater said he had also written to all the Senators who voted down a motion to assist Australians stranded overseas, asking them to justify their decisions and provide him with their alternative solutions to helping Australians return home.

He said he had not received a single reply.