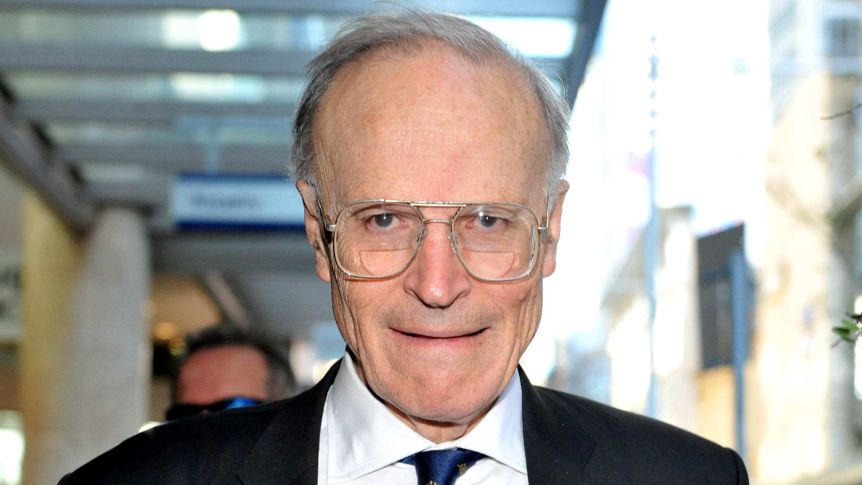 The court has confirmed more complainants have come forward after the initial investigation into Dyson Heydon (pictured) earlier this year. Photo: AAP

The High Court has confirmed three further allegations of sexual harassment have been raised against former justice Dyson Heydon.

An independent investigation commissioned by the High Court earlier this year found six former associates were sexually harassed by the former judge.

At the time, Chief Justice Susan Kiefel said the complaints of six women who had worked as judges associates had been “borne out”, and she was ashamed such harassment had happened at the High Court.

The court has now confirmed that in the wake of that investigation, by Vivienne Thom, the former inspector-general of intelligence and security, more complainants have come forward.

“The allegations were of sexual harassment or possible bullying,” a court spokesman said today.

Three of the complaints related to sexual harassment allegations. The spokesman said no further action was recommended by Dr Thom.

Mr Heydon’s lawyers have responded to previous allegations by emphatically and categorically denied allegations of predatory behaviour, saying any offence caused by their client’s conduct was “inadvertent and unintended”. The ABC has contacted them for comment about the new claims.

When the initial complaints were first raised in June, the court wrote to more than 100 former associates offering them the chance to speak up about conduct at the court when Mr Heydon was on the bench between 2003 and 2013.

“The four individuals who made allegations to Dr Thom were very clear that, although they wanted this information to be provided to the Court, they were not making formal complaints and did not expect, or want, these matters to be investigated,” the court spokesman said.

No complaints lodged with police

ACT Policing said any report of unlawful behaviour would be investigated but it “has not received a complaint or allegation from any victim in this matter”.

The ACT branch of the AFP said it received a request from the ACT Director of Public Prosecutions in June to investigate allegations against Mr Heydon.

The matter was raised at a Senate Estimates hearing this week, where the High Court’s principal registrar Phillippa Lynch said it had since developed a new human resources policy for chambers staff in the wake of Dr Thom’s report.

“Associates can speak at any time to a particular senior registrar or myself about any issues, and they have the opportunity to speak privately and informally,” she said.

Ms Lynch also confirmed in the Estimates hearing that police had requested a copy of Dr Thom’s report.

“I’ve indicated to the AFP that the court would have no difficulty if any of the complainants provide their part of the report to the AFP, but if the AFP wanted to press the matter, I would need to seek agreement from the associates involved,” she said.

ACT Policing has confirmed it doesn’t “require” the document at this point.

“ACT Policing has liaised with the Principal Registrar of the High Court to seek a copy of an internal report in preparation for any formal complaint or allegation,” a police statement said.

“As no complaint has been received, the report is not required at this time.

“The High Court has advised ACT Policing that individuals can provide a copy of their report directly to ACT Policing should they wish to do so.”

Another investigation into Mr Heydon’s alleged behaviour is being managed by the Federal Attorney-General’s Department and is close to being completed.

It was launched after Attorney-General Christian Porter asked his department to look into a Sydney Morning Herald report, that claimed Mr Heydon inappropriately touched a colleague when he was the royal commissioner investigating trade unions.

Mr Heydon has denied the allegations.

During Estimates, the Department Secretary Chris Moraitis said the investigation had taken months to complete because they had to track down everyone who worked at the commission.

“[We have had to] reach out to all the people who were engaged either as contractors, employees, public servants or in other capacities that were working,” Mr Moraitis said.

“So that’s taken us quite a few months [and] my chief operating officer has been conducting that and we have written or been in contact with nearly everyone.”