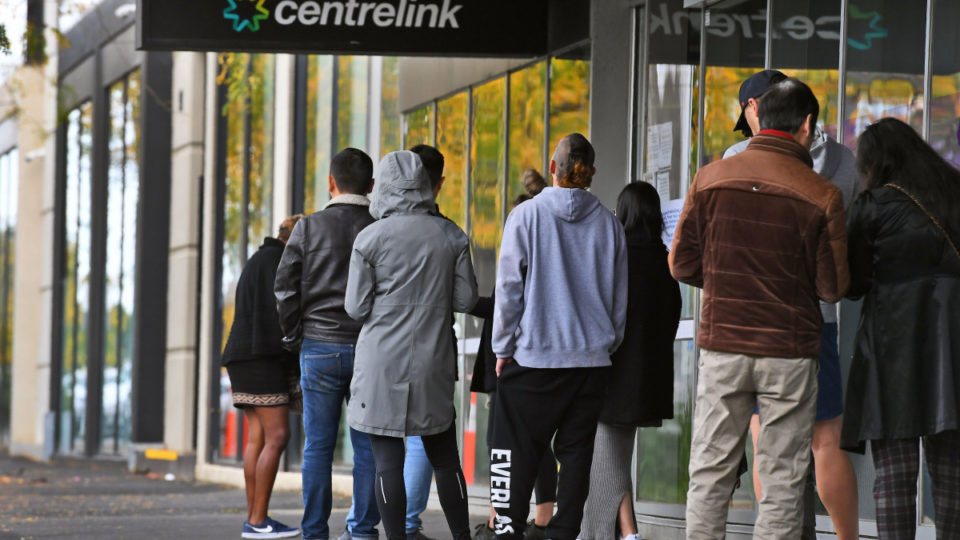 On top of competing with thousands of other applicants, desperate Melbourne job hunters say some potential employers are making outlandish requests.

Examples include employers asking applicants to fly to Sydney to ‘collect a laptop’, and minimum wage jobs that demand a perfect home office.

Nikita, whose surname has been withheld by The New Daily for privacy reasons, flew home from Amsterdam when Prime Minister Scott Morrison urged Australians to, and has been been living in Melbourne and applying for jobs ever since.

Last week, Nikita applied for a working-from-home position for a pharmaceutical company and was rung almost immediately by the recruitment office.

On the call, the recruitment officer explained the head office was in Sydney and Nikita would need to travel there to collect a work laptop.

“I said I was under the impression it was a working-from-home job, so it didn’t matter where the business was based,” said Nikita, who uses who uses they/them pronouns.

“She paused and said ‘Oh it can be working-from-home but you would need to come to Sydney to pick up the work laptop’.”

The experience was disheartening because “there is such limited working-from-home jobs. That [job description] should only be used for jobs that are remote working,” Nikita said.

Australian Bureau of Statistics figures released this week revealed that the unemployment rate had risen to 6.9 per cent.

“Victoria was the main driver, with employment down 35,500 people in September, due to ongoing economic restrictions across the state,” Mr Pickering said.

“Victoria’s labour market is now weaker than it was mid-year, with employment down 6.4 per cent compared with March.”

But even if you remove Victoria from the equation, Australia’s September job numbers were weak and “certainly not what we want to see at this point in the recovery,” he said.

In April, Kate Katrina lost her job in administration at the University of Melbourne.

Since then Ms Katrina has been applying for every customer service or administration role she has come across.

Many of the positions advertised are asking for applicants to have a whole home office set up, she told The New Daily

Many employers advertising minimum wage jobs are seeking candidates with “the highest speed of broadband, they’re being specific about the broadband, the software you have, the most recent version of Windows,” Ms Katrina said.

“Then they’re asking if you have a quiet workplace at home. What if you have kids? What if you are in a share house? How many people have access to a home office with all that equipment, and quiet, on that income?”

Some job-seekers in Victoria are also being forced to navigate mutual obligations, despite the fact that there is currently a freeze on them, said Australian Unemployed Workers Union spokesperson Kristin O’Connell.

“In Victoria, people are being treated as if they have full mutual obligations,” Ms O’Connell said.

“They’re being told to go into appointments when they can’t even comply with the job agency’s request to do that, and are told to apply for jobs when they don’t have to at all.”

The rates of people in Victoria being asked to do mutual obligation is ‘alarming’ and some JobSeekers had reported being signed up to ‘job boot camps’ without their permission, Ms O’Connell said.

These job agencies are shameless, they have no consideration for people’s wellbeing,” she said.

The New Daily has previously reported that some JobSeekers are going up against over 4000 applicants.

“We’ve been hearing from people on JobSeeker that more than 1000 others have applied for the same jobs,” Dr Goldie said.

The uncertainty about what will happen to JobSeeker at the end of the year, when payments are slashed again, is having a “terrible impact” on  mental health, she said.

“It’s within the government’s power to resolve this,” Dr Goldie said.

“The new wage subsidies should extend to people over 35 unemployed long-term.

“Jobseeker and Youth Allowance payments must be permanently raised to an adequate level.”

‘Can you come to Sydney to collect the laptop?’: Desperate job-hunters share their horror stories