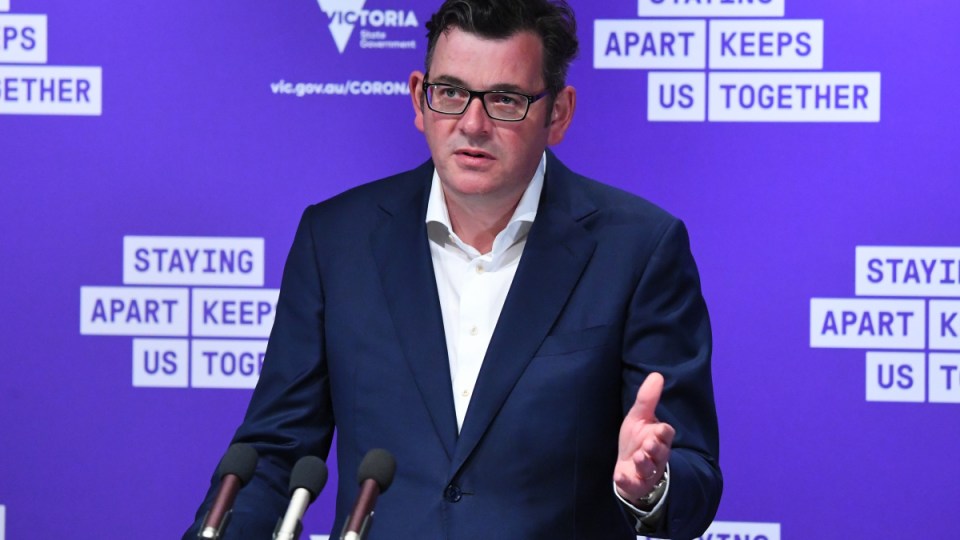 Victorian premier Daniel Andrews has blamed federal authorities after 17 New Zealand travellers were allowed into Victoria in a startling breach of the state’s coronavirus lockdown.

The travellers flew from New Zealand to Sydney and then on to Melbourne and are being sought by health authorities to get a COVID-19 warning.

Victoria’s Department of Health and Human Services (DHHS) said its authorised officers did not have legal authority to detain travellers on arrival.

Mr Andrews on Saturday said he was disappointed by news overnight that the passengers had been able to travel to his state, which was not part of a travel bubble arrangement between Australia and New Zealand.

“Some things have gone wrong here,” he told reporters, adding that he’s requested urgent information on the whereabouts of the travellers.

That information was likely to be in the form of boarding cards collected by Border Force when the passengers landed in Sydney on Friday.

“I would like the cards and quickly, so we can have a proper discussion with these 17 people and just make sure that they know that in Victoria, there are rules,” Mr Andews said.

“The rules are different to what they are in NZ.

“The frustrating thing is we don’t know where these people are, who they are, what their reason for travelling was, or have any confidence that they know there are rules in place in Victoria.

“That is why we want to see them. We’re not asserting or inferring that they have done anything wrong.”

The passengers are believed to be in metropolitan Melbourne.

“I’m not going to speculate what might happen to them beyond this,” Mr Andrews said, noting that some of the travellers might be Victorians.

Mr Tudge said the passenger cards have now been handed to Victoria.

Mr Andrews also had a direct message for federal Health Minister Greg Hunt, who urged the Victorian government to ease restrictions in line with NSW.

“He’s not an epidemiologist. He’s a politician, and I think he’s making that very clear for everyone who follows his tweets.”

“We are not going to risk everything that Victorians have sacrificed. And that’s why this strategy is not about racing to open up (and) running to COVID-normal – it’s about safe and steady steps.

“We are right on the edge now of defeating this second wave. It’s not occurred in many countries, if any, across the world.”