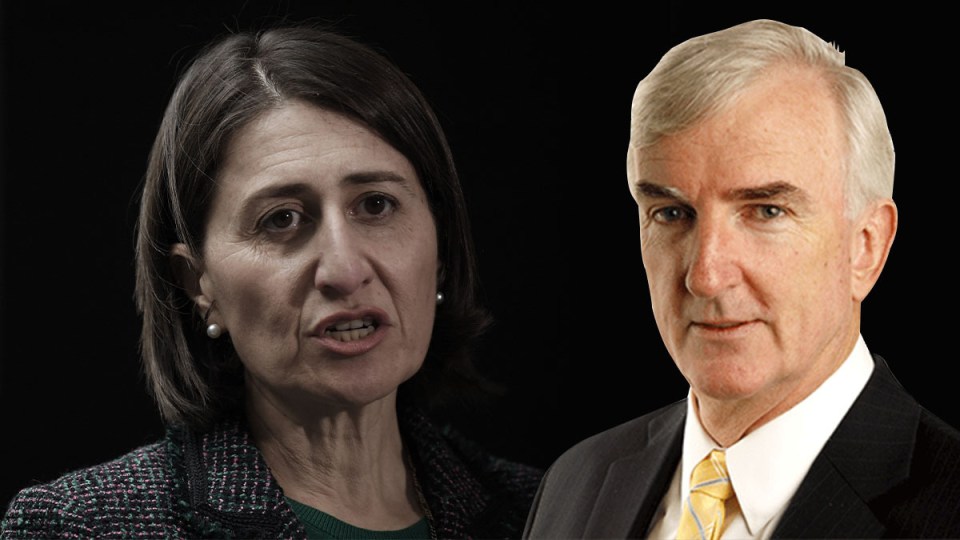 Columnist Michael Pascoe invites us to look at the Gladys Berejiklian scandal from another angle. Photo: TND

A police inspector forms a close personal relationship with one of his junior officers, a constable.

Less charitable folk might say the constable was an embarrassment.

The constable strikes trouble. The integrity unit finds she was leaking information to a contact about a case, information that could help someone beat a charge. Money might have changed hands.

The inspector publicly berates her and tells her she has no future in the force, that she has brought his unit into disrepute. She resigns in disgrace.

But very much on the quiet, the inspector continues his liaison with her.

The inspector is a strong character, every inch a leader, capable of navigating the dark waters of the force, destined for high office.

The former constable – a lightweight, a bit all over the place, always one big idea away from achieving something. Ice cream castles in the air.

Later, nobody could understand why the inspector kept the affair going, but one way or another she floated his boat. Nobody thought it was her mind.

Nobody ever really knows what goes on in other people’s relationships. They’re lucky if they know what’s going on in their own.

The former constable continues to try to work hustles using her contacts in the force. It’s possible she’s trying to deal a little weed. As common as grass, so to speak.

The inspector ignores it – he definitely doesn’t want to know about it and tells her so.

From subsequent phone intercepts, it sounds like he doesn’t pay much attention to what she’s telling him anyway.

Later, it looks like the inspector’s interest in her was only what happened behind closed doors.

The integrity unit hasn’t lost interest in the former constable. Her hustles have attracted investigative attention, that possibility of dealing.

The whole sorry mess is made public, complete with the phone taps.

So what should the force do with the inspector?