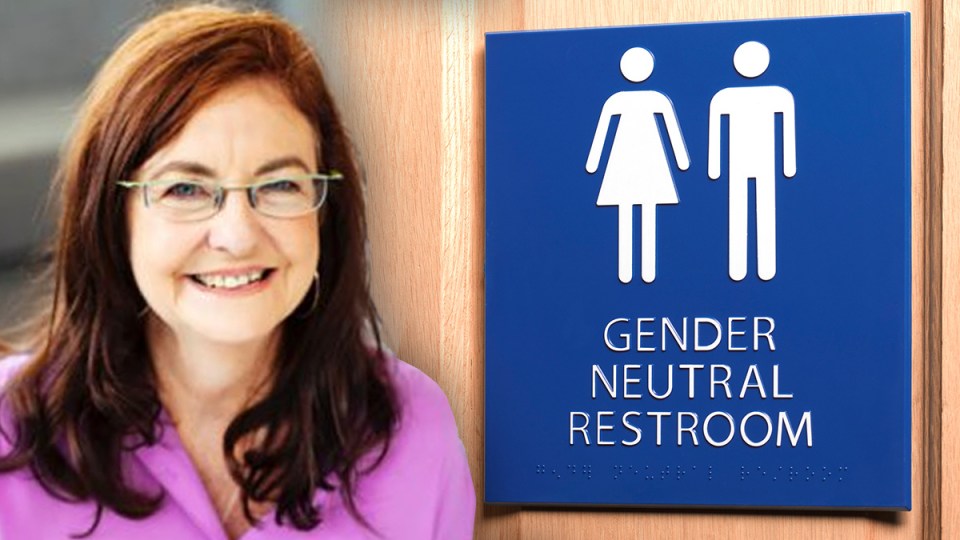 Across Australia today, there are parents struggling to help their transgender child navigate a path through adolescence in a community that just isn’t trying hard enough to understand them.

There are students too, frightfully uncomfortable at a single-gender school where they know in their heart they’ve never really belonged.

So many schools are in a pickle too, trying to work out what is the best way forward to make all their students – including their transgender students – comfortable and safe.

In all the hullaballoo over free speech and the powers of the Tasmania’s Anti-Discrimination Commission we’ve heard this week, the plight of our transgender students has been ignored.

And so has the opportunity for Prime Minister Scott Morrison to be a leader in a debate that is creating anguish for some students, and giving voice to an increasingly vocal youth bloc.

We know his view on unisex toilets.

Last year he criticised a gender-inclusive bathroom sign in his department as politically correct and over the top.

This week, Mr Morrison is back at it – siding with Liberal senator Claire Chandler, who is being dragged before the Anti-Discrimination Commission after saying women’s toilets are for people of the female sex and should remain that way.

Dismissing it as an issue of “common sense’’, he ignored the genuine concerns of the LGBTI community – but also the wider youth cohort who see this as another issue where ageing, white, straight politicians make the rules for them.

This is not an easy issue.

It’s tricky and nuanced and it might even be a free speech issue, or the commission might be out of line – they are arguments for another day – but the Prime Minister’s inability to hear the voice of youth on an issue important to them and their families is telling.

And he might be more out of touch on this issue than many think.

Just take how differently schools – who are regularly leading in policy debates – are looking at the issue of transgender students. Toilets are one area, and an important one, particularly in single-sex schools.

But uniforms are another example.

Should those schools that don’t explicitly offer pants as part of their uniform change their policy immediately?

What about the terms – boys uniform and girls uniform – which is being phased out in some communication, and being replaced by ‘uniform options’.

How does a school get its head around athletic carnivals and swimming change rooms, and single-sex sporting endeavours, including age trophies and records?

In short, different schools are embarking on different paths, and some at faster rates than others. But mostly, their goal is an inclusive school community that has the support of its parent body.

Mr Morrison could learn from them. This might be a minority issue, but it is garnering the support of our youth, who are learning the strength of their political voice and how they can use it.

What an opportunity it could be for a savvy, inclusive PM,

Imagine if – instead of dismissing the issue – he asked our young people what they thought? That’s what schools are doing.

Do gendered boy/girl toilets appeal or do they want unisex restrooms? What would make them confident and safe? What do they want the Prime Minister to understand?

Schools, on the whole, are listening to their students. Parents, mostly, are doing their best to raise their children to value inclusion and eschew rash judgment.

Who knows, Scott Morrison adopting an open mind here might even find support among his youngest voters.

Madonna King: It isn’t hard to learn how to respect transgender Australians