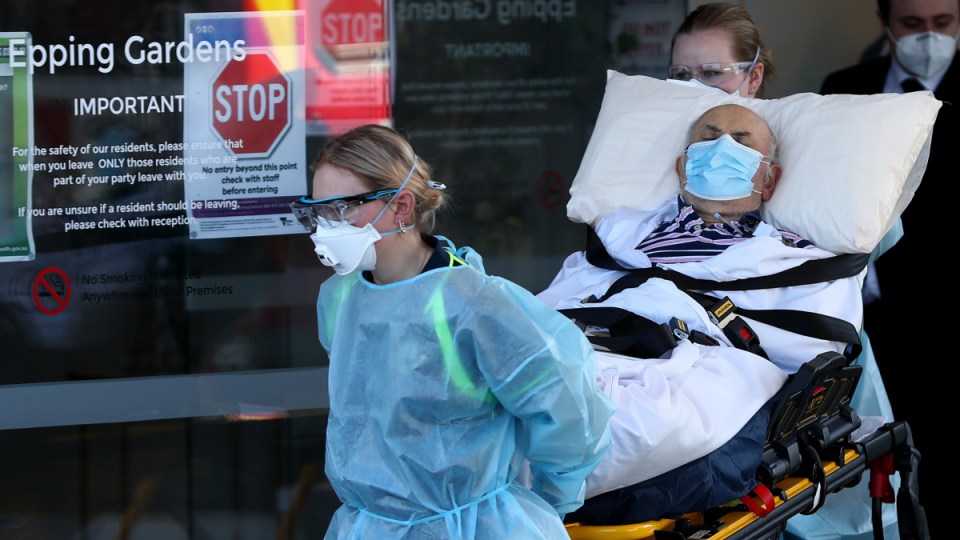 The majority of Victoria's recent deaths have come from people in aged-care homes. Photo: Getty

Some federal government coronavirus preparations for aged care were insufficient, says a royal commission, which has called for urgent changes to the sector.

The commission on Thursday released a special report outlining urgent measures needed to safeguard the sector and improve residents’ quality of life.

It found measures implemented by the federal government on advice from the peak health emergency decision-making committee were “in some respects insufficient to ensure preparedness”.

“Confused and inconsistent messaging from providers, the Australian government, and state and territory governments emerged as themes in the submissions we have received,” the report read.

“All too often, providers, care recipients and their families, and health workers did not have an answer to the critical question: Who is in charge?

“At a time of crisis, such as this pandemic, clear leadership, direction and lines of communication are essential.”

Minutes after the report’s release, aged care minister Richard Colbeck and health minister Greg Hunt issued a statement saying the federal government backed all the recommendations and would implement them quickly.

Senator Colbeck, holding a press conference in Tasmania, said some recommendations were already being addressed.

“We think they are quite constructive and that the government is well progressed in delivering four of those six reports recommendations already,” he said.

Mr Colbeck said the government would also commit $10.8 million to enhance the training of workers in the sector, in response to the recommendation that infection control is improved.

He said around $40 million would be invested in meeting the royal commission’s recommendations.

The commission has called for immediate federal funding to ensure elderly residents can be visited by friends and family, as well as the roll out of infection experts at homes.

“Visits from family and friends are critical to the physical, mental and emotional health and wellbeing of people living in residential aged care and also their friends and families,” the report said.

“The benefit of such visits cannot be wholly replaced by technology.”

The commission wants the Commonwealth to set up a system where providers could apply for funding needed to facilitate visits.

More than 665 aged-care residents have died from COVID-19 in Australia, with outbreaks affecting about 220 facilities.

The report also called on Canberra to increase the availability of health and mental health services to residents and set up a national advisory body.

“Any barriers, whether real or perceived, to allied health and mental health professionals being able to enter residential aged-care facilities should be removed unless justified on genuine public health grounds,” it said.