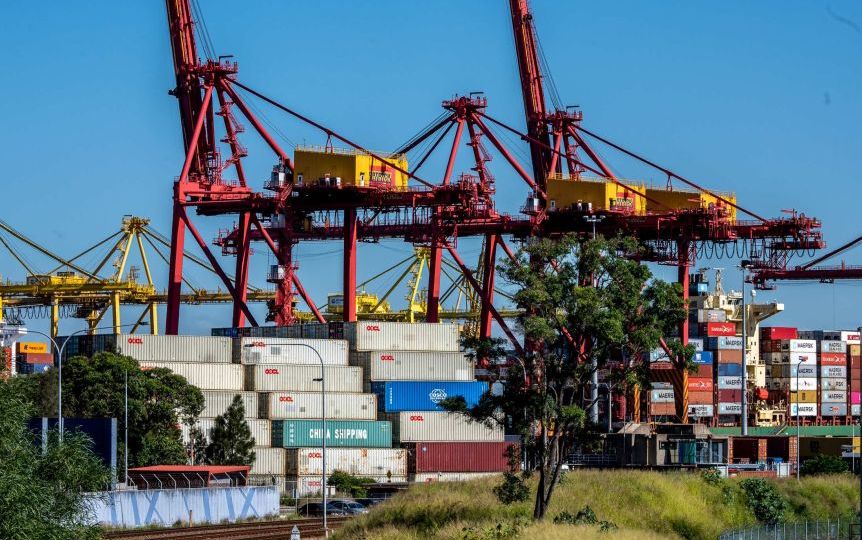 The Maritime Union of Australia says it will end its industrial action in Sydney. Photo: ABC News

The wharfies union is offering a peace deal to end its industrial action at Sydney’s Port Botany after the federal government accused it of extortion.

The deal is conditional on Patrick Terminals agreeing to a 2.5 per cent pay rise for workers when the parties go before the Fair Work Commission on Wednesday for a conciliation hearing.

The Maritime Union of Australia had been seeking a pay rise of 6 per cent.

The union proposal would mean the company’s existing workplace agreement was extended for 12 months – maintaining existing terms and conditions – while providing a “reasonable” 2.5 per cent pay rise, the MUA said in a statement on Wednesday.

“When the MUA and Patrick sit down for a conciliation hearing before the Fair Work Commission today, the union will be putting forward this genuine, reasonable, and fair peace offer that could bring the current dispute to an immediate end,” MUA national secretary Paddy Crumlin said.

The MUA has been accused of crippling operations at Patrick’s Port Botany facilities and risking nationwide medical shortages because of the action it has undertaken during the past month, including a ‘work to rule’ policy that includes no overtime.

The union said extending the existing agreement for a year would prevent any form of protected industrial action from occurring, providing certainty for Patrick, workers, and the Australian community.

On Tuesday, Prime Minister Scott Morrison weighed into the dispute, accusing the wharfies’ union of holding the country to ransom over its 6 per cent wage rise claim.

“We cannot have the militant end of the union movement effectively engaging in a campaign of extortion against the Australian people in the middle of a COVID-19 recession,” he said.

Patrick Terminals chief executive Michael Jovicic said the industrial action had reduced the company’s operations in Sydney to 50 or 60 per cent of usual levels and has caused a backlog of 90,000 containers.

“I’m getting phone calls every day and night from importers and exporters complaining about this industrial action,” he told the ABC on Tuesday.

Mr Crumlin said if Patrick was serious about resolving the dispute in the interest of customers and the broader community, it would accept the union’s offer.

“The truth is, this dispute has never been about money, it’s been about Patrick’s desire to slash the conditions of their workforce under the cover of the COVID crisis,” he said.

“If the company steps back from their proposal to slash 50 pages of conditions from the current agreement – clauses that govern things like rosters, hours of work, and family-friendly provisions – we could have an agreement today that ends this dispute.”