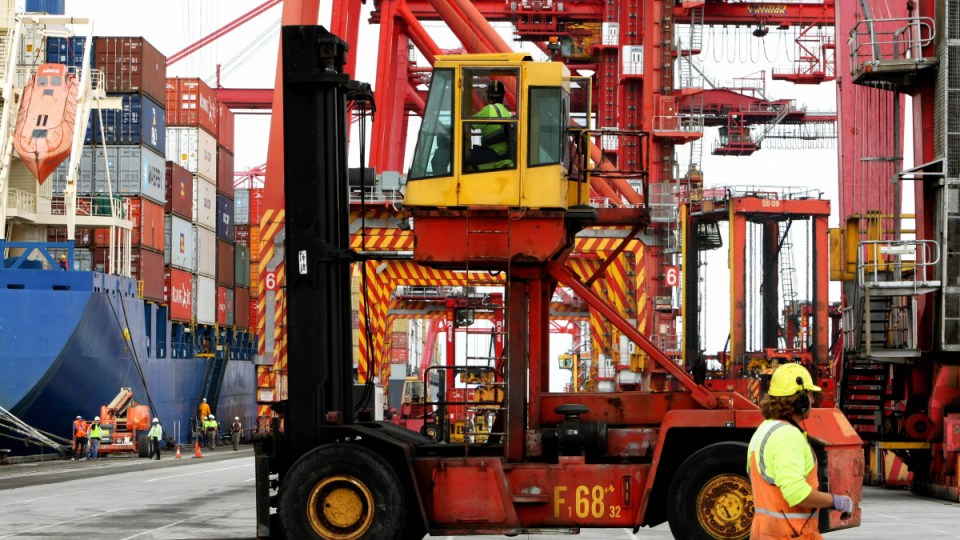 Patrick and the union will go into mediation on the dispute on Wednesday. Photo: Getty

Prime Minister Scott Morrison has attacked the wharfies’ union, accusing it of holding the country to ransom as it prepares to face the industrial umpire over its dispute with Patricks Terminals.

Asked if the federal government would consider sending in the troops to break up the limited action at Sydney’s Port Botany, Mr Morrison said he wasn’t “going to pre-empt” that kind of action.

“My simple message today is to get it sorted and stop the extortion and to think of our fellow Australians and get back to work,” he said on Tuesday.

“We’re in the middle of a COVID recession and supplies on ships need to come ashore. It’s extortion and I won’t put up with it.”

The dispute escalated on Monday after the Therapeutic Goods Administration told the federal government four medical suppliers had concerns the industrial action could impact supplies of prescription medication if it continued.

But the Maritime Union of Australia rejected allegations its industrial action was holding up medical supplies, saying Patrick turned down its offer to unload containers carrying medical goods.

The National Farmers’ Federation has claimed the dispute is threatening the sector’s recovery from the drought and COVID-19 because the capacity of the Patrick terminal in Sydney has been cut by 40 per cent in the past week.

Paul McAleer, head of the Sydney branch of the The Maritime Union, rejected the criticism as “hysterical”. He said claims that its actions would lead to a shortage of medical supplies were wrong.

He accused the government of trying to whip up fear in the community “to have their mates in big business and particularly at Patrick’s ram through massive cuts”.

“We have outlined to Patrick over a month ago now that any medical supplies, medication, medical equipment, anything related to COVID, will be completely exempt from the industrial action that we’re taking, which is incredibly minor,” he told ABC TV.

“We’ve had one four-hour stoppage against Patricks in the last month … and bans on overtime. It’s hardly an industrial campaign that’s ravaging the community.”

Opposition Leader Anthony Albanese said the government should be encouraging unions and employers to have a co-operative relationship.

“If I was prime minister … I would be trying to bring the parties together… rather than engaging in rhetoric for political purposes,” he said.

Mr Morrison said there were 40 ships and 90,000 containers trapped on ships offshore, a claim the union disputes.

“There’s five vessels travelling along the NSW coastline, waiting to get there. They’ll be coming in incredibly normally, in the way they always do,” Mr McAleer said.

The dispute over the MUA’s claim for a 6 per cent wage rise over four years is heading to the Fair Work Commission for conciliation on Wednesday and a hearing on Thursday.