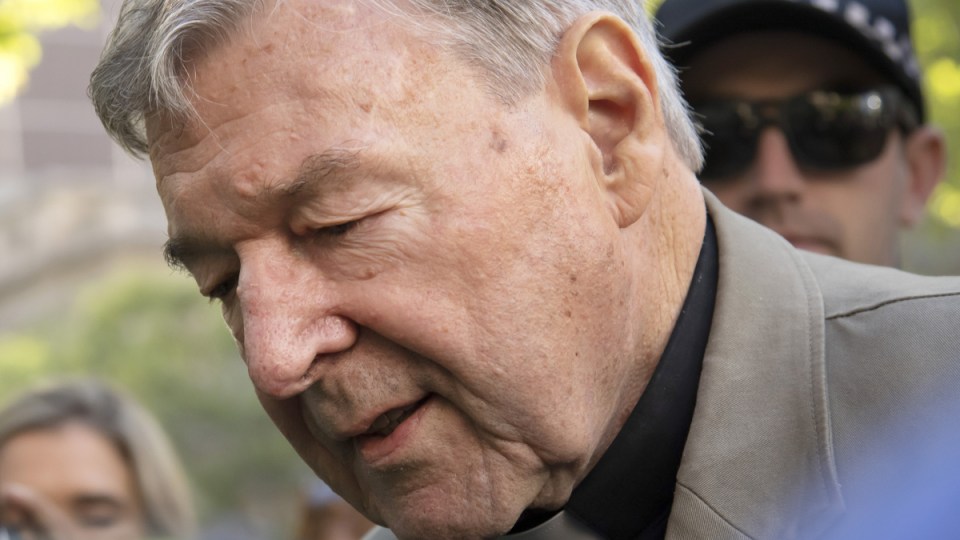 George Pell is expected to fly back to Rome on Tuesday. Photo: AAP

Cardinal George Pell is returning to Rome six months after he was acquitted of child sexual abuse, according to agency reports.

The former Vatican treasurer, 79, is expected to depart Sydney on Tuesday, after living in there since his release from a Victorian jail earlier in 2020, the Catholic News Agency reported.

“He always intended to return to Rome,” Katrina Lee, an adviser to the Archdiocese of Sydney, said.

Cardinal Pell came back to Australia from Rome in mid-2017 to fight charges related to the sexual assault of two choirboys when he was archbishop of Melbourne in the late 1990s.

He was convicted in December 2018 and served just over a year of a six-year jail sentence before the High Court overturned his conviction in April and he was released.

Cardinal Pell had been head of the Vatican’s Secretariat of the Economy, tasked with cleaning up the church’s vast finances and eliminating abuse. He took a leave of absence from that role when he returned to Australia.

His return to Rome comes just days after a powerful Vatican cardinal, Giovanni Becciu, was fired after Pope Francis accused him of embezzlement and nepotism.

Cardinal Pell and Cardinal Becciu were reportedly previously at odds over reforming the Vatican’s accounts.

“The Holy Father was elected to clean up Vatican finances,” Cardinal Pell told the Catholic News Agency on September 25.

“He plays a long game and is to be thanked and congratulated on recent developments.

“I hope the cleaning of the stables continues in both the Vatican and Victoria,” Cardinal Pell said.

The Rome correspondent for Catholic news publication The Tablet, Christopher Lamb, and said all eyes would be on Cardinal Pell when he arrived in Rome.

“The Cardinal has a number of supporters in Rome and some very loyal followers,” Lamb told the ABC.

“There will be a number of them who will be delighted to see him return.

“However, there will be others who will be concerned about the optics of a return by Cardinal Pell to Rome and the Vatican … particularly if the cardinal has a meeting, an audience, with Pope Francis.”

Vatican correspondent Joshua McElwee, from US newspaper the National Catholic Reporter, said Cardinal Pell was no longer employed by the Vatican and the reason for his visit was not clear.

“At the moment he has no official role here,” McElwee said.

“Very likely he’s coming to put his affairs in order. I imagine he still has personal items here, things to bring home, perhaps an apartment to clean up.