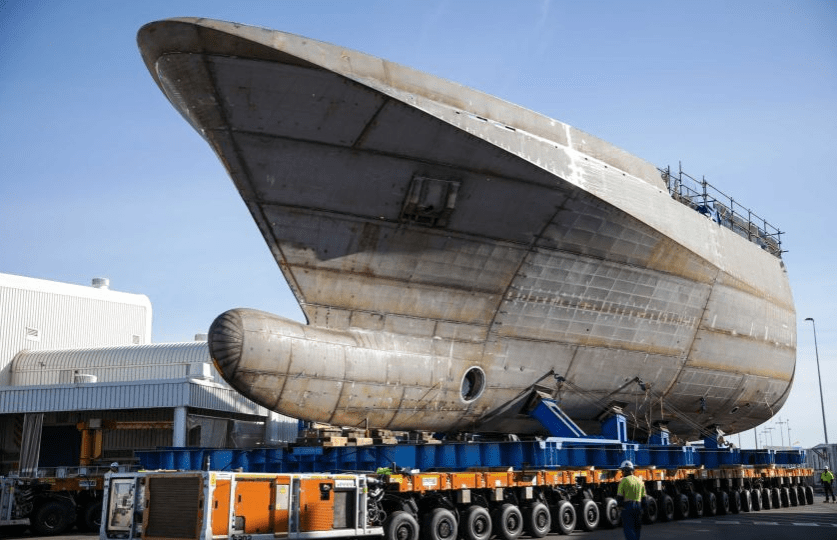 Australia's 'retooling" of defence strategy and assets is being watched - and closely. Photo: ADF

The alarming and blunt assessment is being cited as an official reason by the Department for blocking the public release of confidential briefing notes to the Morrison Government about current and future maritime projects.

In response to a freedom of information (FOI) application, the Defence Department has warned: “Foreign Intelligence Services are currently assessed as posing an extreme threat to Sovereign Capability and Commonwealth Strategic Interests.

“These adversaries are highly active in pursuing access to information relating to Australia’s current and future maritime capabilities in order to advance their own interest and undermine Australian capabilities,” the Department notes in a formal submission written this month.

“Release of this information may be used to directly, or indirectly, damage Australian interests.”

In February, ASIO director-general Mike Burgess warned that “hostile foreign intelligence services are being directed to target us” in part because “we are comprehensively retooling our defence force and the defence industrial base”.

“It’s an assessment that goes beyond anything that I’ve ever heard come from ASIO, Defence or Foreign Affairs,” Senator Patrick said.

“It’s clearly a serious national security issue and the Government must do whatever it needs to do to minimise and eliminate this threat.”

Over the next few decades, Australia is spending $90 billion on a massive naval shipbuilding plan to design and construct dozens of cutting-edge warships and submarines, with much of the work to be done in South Australia.

Defence has declined to nominate which foreign actors it believes are responsible for targeting Australia’s naval shipbuilding industry but, privately, national security figures believe the Chinese Government is the main culprit.

The growing concerns about Chinese espionage are prompting politicians from across the political divide to call for the closure of the sizeable Chinese consulate in South Australia, or a reduction in the number of diplomats based there.

In 2016, Beijing opened a new Consulate-General office in the Adelaide suburb of Findon for around 10 staff, located on a site that also includes the headquarters for the Overseas Chinese Association.

“It hasn’t escaped me that the consulate was stood up in the same year that a significant naval shipbuilding program was announced by the Coalition Government,” Senator Patrick said.

His concerns about the large Chinese diplomatic presence in a state which hosts considerable defence industry and space research is shared by members of both the Federal Government and Opposition.

“It’s clear that the numbers in the Adelaide consulate are overweight — they should be reduced, preferably by negotiation,” South Australian Labor MP Nick Champion said.

“It comes as no surprise that Beijing has overcompensated the ‘diplomatic’ requirement to serve in Adelaide,” Senator Fierravanti-Wells told the ABC.

“If ASIO and law enforcement agencies deem laws have been broken, then the ‘diplomats’ should be expelled.”

In July, the United States ordered the closure of the Chinese Consulate in the American city of Houston over fears the diplomatic mission was being used to run an espionage network.

Last month, two operatives from China’s Ministry of State Security were also indicted by US authorities for hacking into government and commercial computer systems in America and around the world, including an Australian defence company.

“As the indictment shows, the hackers targeted technology companies in countries with high-technology industries, including in Australia,” US Assistant Attorney-General John C Demers announced on July 21.