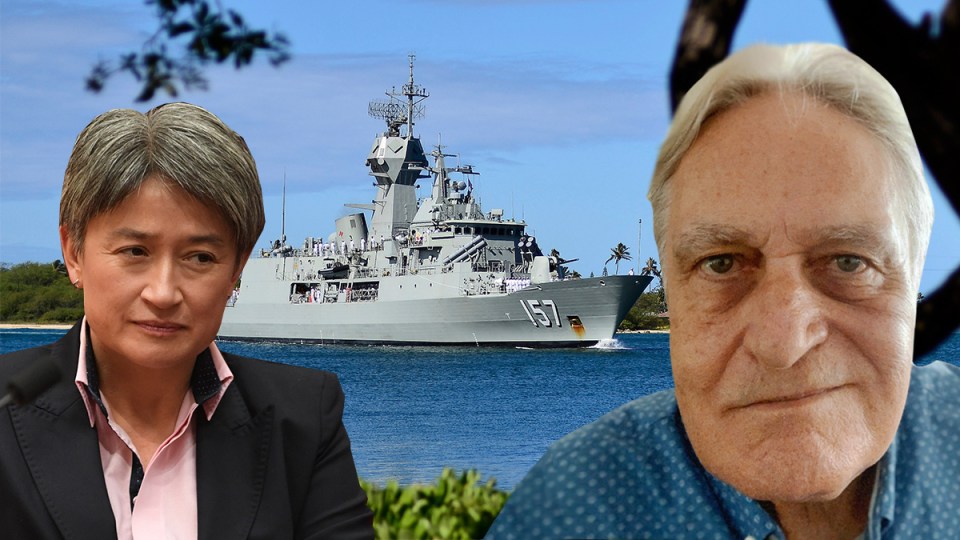 Penny Wong hopes Australia can meet the challenge for a new foreign policy ambition, based on consistency and discipline. Picture: TND

The Australia-China relationship has never been hotter than right now.

The list of areas of dispute, potentially harmful economic interactions and direct diplomatic and strategic tension is long and growing.

Prime Minister Scott Morrison has made contentious and confrontational announcements and commentary in respect of China every week since late June, from warnings of cyber attacks, a massive realignment of defence strategy clearly aimed at the Middle Kingdom and, just days ago, tough-talking pushback against new security laws in Hong Kong.

There’s every reason to call China out for a range of economic, strategic and societal hard-line activity, but the way Australia is standing up to its largest trading partner is without precedent.

It’s easy to see why Morrison is doing this – he understands China’s standing among those quiet Australians he wraps himself around is toxic.

Australians blame China for the coronavirus pandemic and see the country as a threat to our interests whether they’re strategic, economic or something as simple as using a digital device.

The short-term politics at play might work to Morrison’s benefit but whether megaphone diplomacy and envelope-pushing military posturing are in our long term interest is doubtful and possibly dangerous.

The Labor Opposition has been cautious but a long-form essay from the party’s foreign affairs spokeswoman, Penny Wong, issues a string of warnings of what is at stake in this diplomatic version of Texas Hold ‘Em.

Wong’s essay, The End of Orthodoxy, to be published on Monday in Australian Foreign Affairs, has a number of clear-eyed observations.

Four stand out as vital for the immediate and medium-term.

First, and most importantly, Australia should avoid getting caught in the slipstream of big power rivalry between China and the United States, with 30-year horizons and not three-year domestic political cycles.

Second, we should not just concentrate on the coronavirus and its economic fallout but also keep our eye on climate change, which Wong identifies as “the next pandemic”.

Third, we have to work twice as hard to promote and nurture multilateralism – “a multilateralism that works for the post-COVID era and for the global challenges that lie ahead”.

Finally, Wong rings a loud bell on the dangers facing our nearest Asian neighbour, Indonesia, which she says may be at risk of foundering.

Wong’s warning on Indonesia’s outlook highlights the failure of the Morrison Government to pay enough attention to our northern neighbour at a critical time.

Morrison had a bilateral phone hook up with Joko Widodo (following a visit by the Indonesian President just weeks before COVID-19 changed everything) but this was mainly focused on the new economic and trade deal which came into force last weekend.

Wong takes a much broader view, looking at the risk of financial contagion for Indonesia, which she says is “particularly acute” and for which the country is not prepared.

“Australia and the region cannot afford for Indonesia to founder, and we must stand ready to assist it,” she writes.

Noting “Australia’s stability and prosperity rely on a stable and prosperous South-East Asia”, Wong cautions that “few ASEAN member-states have the resources to deal comprehensively with the health and economic effects of the pandemic”.

The pandemic may lead to humanitarian, economic and internal security crises – with serious ramifications for the wider stability of the region.

On the related issues of the heightened tensions between China and the US and the weakening of multilateralism, Wong points to opportunities for Australia to take a regional and global lead in “working around the roadblocks of great power competition”.

She says none of the most pressing issues in this complex environment is simple but “all require a more active foreign policy and a deeper investment in our diplomacy – and the recognition that Australia needs to be more self-reliant in protecting and promoting our interests”.

Wong’s toughest language – still couched in the measured words of diplomacy – is a clear shot at the way Morrison has been playing politics with international relations, especially as they apply to China and the region.

“Put simply, we don’t have time for ‘negative globalism’. We need to think about 30-year horizons, not three-year election cycles.

“The global disruption in recent years has already generated sharp domestic debate about foreign policy. It will be even more difficult to confront change of the magnitude we now face. It can generate resistance and denial.”

Wong concludes with a note of hope that Australia can meet the challenge for a new foreign policy ambition, based on consistency and discipline.

The question now for Wong and Labor is whether they are happy offering sober, nuanced commentary – as pointed as it is in this essay – or should they take the fight up to the Morrison Government.

Many in senior Labor ranks believe Morrison is winning the politics and what is needed is a loud effort to call out his naked opportunism.

Wong’s essay is but the first step on meeting this challenge.

Dennis Atkins: The stakes couldn’t be higher in PM’s poker game with China