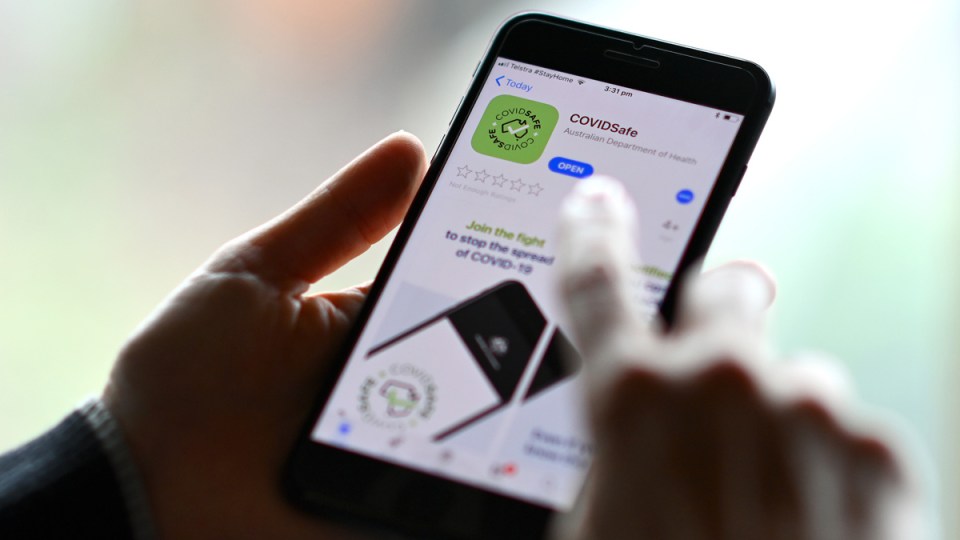 The COVIDSafe app has come under fire over its effectiveness during the coronavirus pandemic. Photo: Getty

You might think that if a government spent millions of dollars on an app designed to help identify people exposed to the coronavirus they’d make sure it actually worked.

What has emerged is that our COVIDSafe tracing app was launched before it had been properly tested.

Worse still, the people charged with building the app apparently knew it wasn’t compatible with an iPhone, which is the single most popular mobile device.

It also became obvious that it doesn’t much like iPhones talking to Android devices, either.

With at least one state seemingly on the verge of a second wave, borders being closed, the state capital sealed off, and the economy collapsing, it would be nice to have a tracing up that actually works. It could even save lives.

We don’t know what the prime minister was told, but not only did Scott Morrison tell people to download the app, he initially indicated that if we didn’t, we’d face continuing restrictions in our daily lives.

Long after they knew that COVIDSafe is a dud, the government was running television ads that clearly implied we’d be safer if we downloaded it – adding to the cost of this flawed IT project.

So far, Boston Consulting Group is said to have been paid $885,000 and Amazon Web Services (Amazon) $710,000 for hosting the data collected.

Add to that the staff time for bureaucrats in the health departments (federal and state) and the Digital Transformation Agency.

So far, Victoria is the only state we know to have used the app.

That is, the only state to have downloaded data from an infected person. However, they have not been able to identify anyone not found through manual tracing.

In other words, the app has failed in its mission to maintain a record of casual contacts who were within a 1.5 metre radius for at least 15 minutes.

An Oxford University report suggests around 60 percent of the population needs to be involved for a tracing app to be effective.

The federal government initially said it wanted 40 percent take-up, but take-up has stalled at roughly 25 percent.

Boris Johnson’s UK government has dumped its tracing app, which had the same basic design faults as ours.

A review of the COVIDSafe app by a Senate committee highlighted a failure to consult with the right technology experts to ensure the app was fit-for-purpose from day one.

Centre Alliance senator Rex Patrick says the government was dishonest when it launched the COVIDSafe app knowing it wasn’t working. Senator Patrick has an IT background and knows what he’s talking about.

This exercise is yet another example of a recent tendency for ill-designed IT schemes to be foisted upon us. Remember the 2016 Census and the problematic introduction of My Health Record.

People are wondering about the security of their personal and private information once it is downloaded and available for scrutiny by how many public servants.

The attorney-general’s department declined to give the Senate hearing a guarantee that their legislation would override the US Cloud Act, which requires companies to hand over data if requested to do so by American security agencies.

This is important given that our data is stored with Amazon, a US company.

At the heart of the problem with COVIDSafe is peoples’ sense that they cannot trust their governments when it comes to technology. You can hardly wonder why.

The COVIDSafe app is a dud and the government needs to fix it or flick it.

Laurie Patton is a former CEO / Executive Director of Internet Australia, the NFP peak body representing the interests of Internet users. He is currently vice-president of the Telecommunications Society (TelSoc). However, the views expressed here are his own.

COVIDfail – the Australian coronavirus tracing app that can’t find anyone