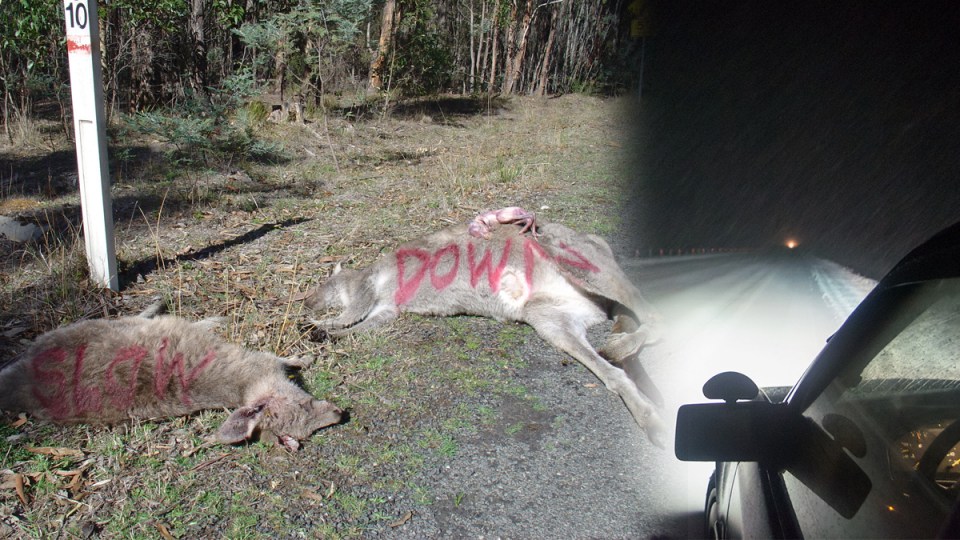 Kangaroos were the most common road casualties. Photo: Helen Round/TND

A driver is crashing into a kangaroo in the middle of the road every 90 minutes in Australia’s wildlife collision hotspots.

And July and August are the most likely months motorists will wreck their cars or injure themselves, and a native animal, in such crashes.

With international travel banned during the coronavirus pandemic, and fears of the virus spreading on public transport, Australians are more likely to be hitting the road in search of country getaways this month as school holidays get underway.

The first three days of holidays in Victoria have already seen reports of a spike in kangaroo deaths in tourist-heavy areas at the weekend.

But it’s drivers in New South Wales and the Australian Capital Territory most likely to run into wildlife on the road, an analysis of data from AAMI and NRMA insurance agencies shows.

Dubbo in regional NSW is where motorists are most likely to have a crash involving an animal.

Statewide in NSW, almost 11,000 drivers are hitting wildlife – usually a kangaroo – each year, according to NRMA data.

The data has been released with a sobering warning for Australians coming out of coronavirus hibernation and eager to hit the open road, particularly during the school holidays.

Victorian students finished the second term on Friday while schools in NSW start their two-week break this weekend.

With Tourism Minister Simon Birmingham recently announcing the nation’s borders will likely stay closed until 2021, holiday-makers are looking to get away to rural areas of Australia.

The easing of restrictions on domestic travel, gatherings and businesses coincide with the school holidays – and with the worst time of year for collisions involving wildlife.

NRMA Insurance said in July and August last year, there were 1153 cases of drivers hitting animals in NSW alone. 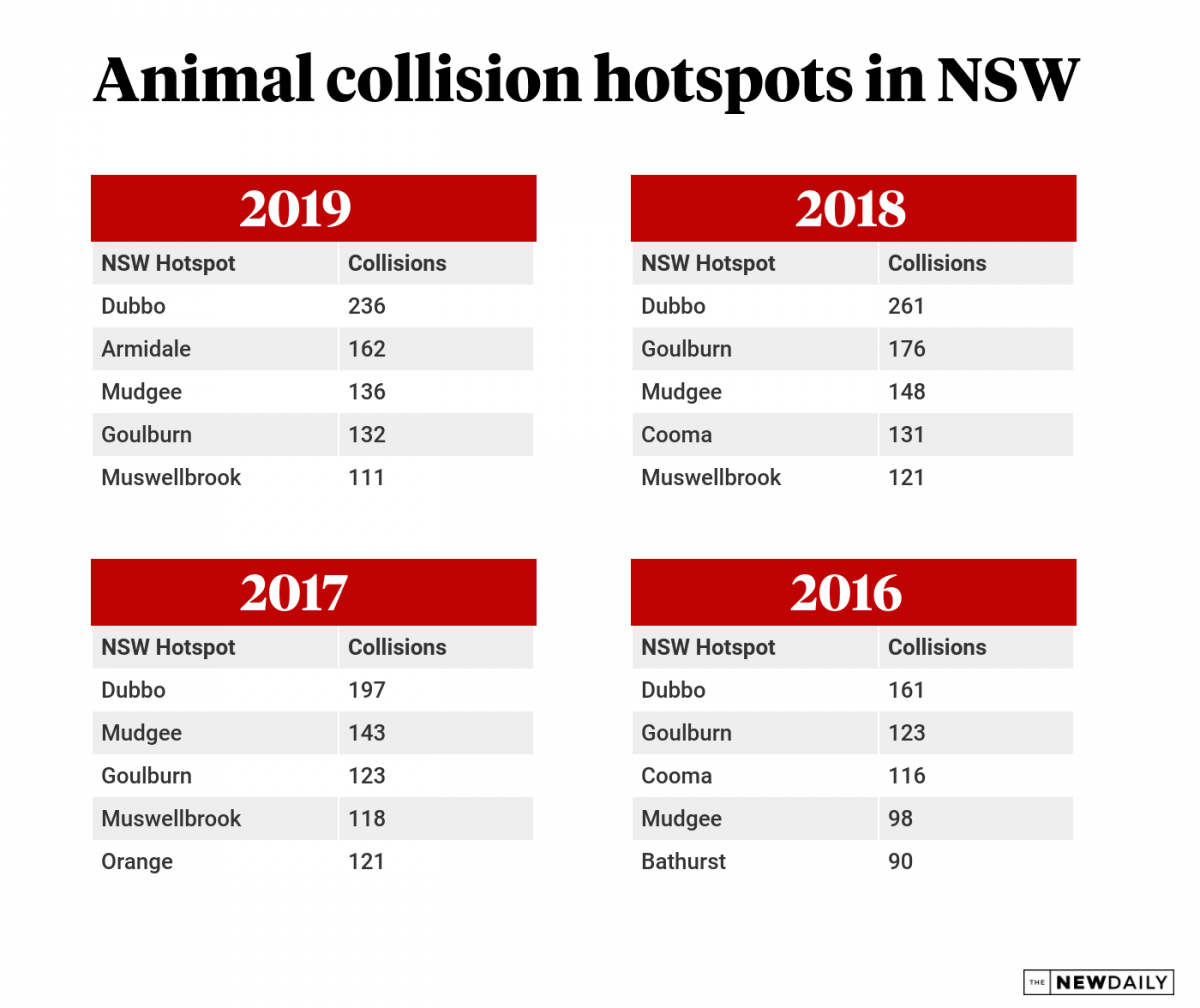 Last year, 9404 of the 10,969 incidents in NSW involved kangaroos – a slight improvement since 2018 which had 3500 more collisions between motor vehicles and kangaroos.

NRMA Insurance found animal collisions start to rise in April, remain elevated until August, then begin to decline after September.

As for Victoria, Western Australia and South Australia, the top collision hotspots were Heathcote, Baldivis and Port Augusta respectively, according to data by AAMI Insurance.

Between Friday and Sunday, Victorian Surf Coast wildlife volunteer Jason Cichocki attended to cases of 12 kangaroos and four wallabies injured or killed by cars near the Great Ocean Road.

By Monday morning, another three kangaroos had been killed on Forest Road, at the back of Anglesea, alone.

“This sort of carnage usually coincides with an influx of travellers like during school holidays which was this weekend,” Mr Cichocki said.

Helen Round, a wildlife rescue worker in Victoria’s Macedon Ranges, said kangaroos were searching for food.

“They’re coming to the roadside more with the cold weather because there’s less pasture grass growing, so they’re moving out onto the roadside which makes them more susceptible (to collisions with vehicles) at this time of year, especially when humans are driving at dawn and dusk,” Ms Round said.

“One of the winter grasses that is predominant is called phalaris grass and it kills hundreds of them every year. So they also need to look further because of the grass that is in a lot of the paddocks is poisonous.”

Ms Round said if you hit an animal and it hops off, it’s not OK.

“I’ve seen kangaroos try and hop away on stumps of bone. They get smashed.

“So whatever damage was done to your car, it’s going to be far worse on the animal.”