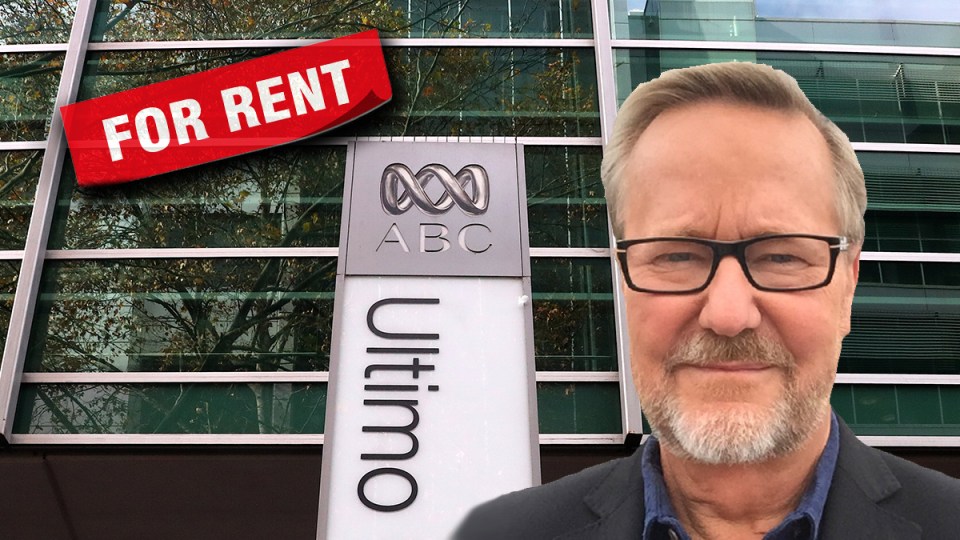 The ABC will rent out office space among a raft of cost cuts.
analysis

Ita Buttrose and her ABC board have produced a glossy five-year plan to cover up the fact the ABC is in accelerating decline through Morrison government defunding.

Corporate spin has replaced the hard journalism that the ABC claims it epitomises as a frank and fearless news source.

Were it to confront the facts the sub-headings would be: ABC cuts audience services; Sacks up to 250 staff; Ditches Foxtel retransmission payments; Strips $5 million from factual/entertainment (no documentaries); Axes iconic 7.45am, 15-minute fanfare radio news bulletin that has been broadcast since 1939; Thins out human resources across news and current affairs, and broadcast operations; Fewer outings for Foreign Correspondent and Australian Story; Endless TV repeats outside prime time; A 25 per cent cut in travel budgets; Lifestyle show ABC Life downsized and rebranded to regional/local; Spare rooms in ABC Ultimo and Southbank HQs to be commercially leased.

ABC supporters are now asking when ABC chair Ita Buttrose will transform herself into the Boudicea the public broadcaster desperately needs to secure its viability with a hostile federal government.

The New Daily understands that in early February, before the COVID-19 pandemic gripped the nation, Ms Buttrose saw Prime Minister Scott Morrison to privately appeal for funding relief from an indexation ‘pause’ the Turnbull government had applied to the ABC from July 1, 2019.

She is understood to have told the PM she had taken statutory responsibility for the ABC with reducing resources as production costs were rising.

The ABC had been exposed underpaying its casual staff with costly compensation required.

The $83.7 million indexation cut was coming on top of a hefty reduction in the ABC’s annual appropriation from then Treasurer Joe Hockey’s 2014 budget.

In real terms, this meant ABC operational funding – excluding preset and indexed transmission costs – would be more than 10 per cent lower in 2021-22 than it was in 2013.

The Buttrose board deferred program and staff cuts in late 2019, with the broadcaster having to make extra provision to cover south-east Australia’s unprecedented bushfires.

It again deferred any cuts in late February when the pandemic hit Australia.

It is now apparent to all, including Ms Buttrose, that Mr Morrison is unmoved even as audience trust and support from the bushfires has taken ABC news online to media industry leadership, well ahead of News Corp and other providers.

By accepting Mr Morrison’s appointment as ABC chairman in 2019, Ms Buttrose scored big credit points with the government for having politically neutralised the biggest boilover in the ABC’s history.

In one week in 2018, then ABC chairman Justin Milne was forced to resign as his terminated managing director, Michelle Guthrie, sensationally accused him of political interference on behalf of then PM Malcolm Turnbull.

Ms Buttrose also scored credit points when she stood up to the government on press freedom after the AFP raided the ABC’s Sydney offices, and seized documents and data held by ABC investigative journalists.

Now in her second year in the ABC chair, Ms Buttrose is having to oversee the ABC’s decline.

With an expected 2 per cent cut across the Australian public service to be delivered in Treasurer Josh Frydenberg’s October federal budget, there is unlikely to be any ABC funding respite, even though the ABC has been declared an essential service through the national emergencies.

ABC managing director David Anderson told staff on Tuesday that the ABC five-year plan, if accepted with five-year funding certainty by the government, will accelerate its transition to content creation for digital devices, which were becoming ubiquitous.

With no funding relief in sight, the ABC confronts more cuts to ‘traditional’ AM and FM radio and multi-channel television content and services.

Considered, but deferred for now, is understood to be the termination of at least one ABC TV channel.

This week the ABC submitted to the Australian Competition and Consumer Commission its proposal to be included in a mandatory revenue sharing code.

The code, to be launched next month, will require US tech giants Google and Facebook to share up to a guesstimated $1 billion that the ACCC considers to be direct and indirect value for the platforms’ use of Australian news media content.

The mandatory code under the Competition and Consumer Act 2010, if implemented, will be the first of its type in the world.

The ABC submission did not put any estimate on revenue it could derive from the digital platforms for provision of its free content to Google and Facebook users who browse and search online.

One observer has put the potential income at $100 million a year.

But with an unsympathetic federal government, any life-saving money the ABC received from revenue sharing could simply be discounted by a commensurate reduction in operational base funding.

Over to you, Ita.

‘Over to you, Ita’: The ABC’s five-year plan is spin for managed decline