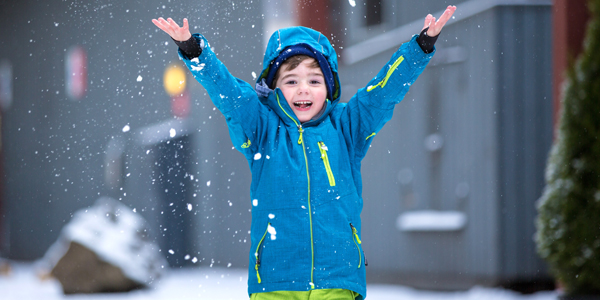 The school holidays are approaching and families are itching to get on the road – like to Thredbo. Photo: AAP Photo: AAP

Prime Minister Scott Morrison has again expressed his fury at Australia’s closed state borders, especially in light of the news this week that international travel is pretty well shot for the rest of 2020.

It was revealed on Thursday that closed state borders are costing almost 5000 jobs a week and $84 million a day.

Mr Morrison said the borders should never have been closed in the first place, and now the true cost of their closures is laid bare, he is pushing for them to reopen.

The border closures set-up is complex.

At the time of writing, South Australia has opened its metaphorical doors to travellers from Western Australia, the Northern Territory and Tasmania.

The NT on Thursday declared itself COVID-free, and said its borders will open on July 17.

NSW and Victoria have no border controls, while Queensland has flagged a July 10 opening date.

Despite the bizarre love-rhombus going on, Australians are still itching to get moving.

A survey of 1051 Australians by online booking platform Agoda found 80 per cent of people are planning an interstate holiday this year.

The winter school holidays are approaching and holidaymakers are scrambling to secure their getaways – the bookings website for Thredbo even crashed under demand last week.

In WA, a whale-watching tour agency is seeing its bookings exceed 2019 levels.

“Everybody is out travelling and supporting us as we hoped and prayed they would,” Naturaliste Charters’ Nakita Field said.

Moving into phase three feels! From Saturday onwards we no longer have the 20 people restrictions 🥳 Who will you be heading to the pub, gym AND whale watching with? 🙊 Image by @jodie_lowe88 #orca #killerwhale @australias_southwest #AustraliasSouthWest @westernaustralia #AdventureAwaits #thisisWA #anotherdayinwa #southwestdoesitbest #whalewatching #ecotourism #wa @australia #HolidayHereThisYear #SeeAustralia

A post shared by Naturaliste Charters (@naturalistecharters) on Jun 4, 2020 at 11:49pm PDT

Business owner Paul Cross added they were no longer competing with “so many options globally to have a beautiful family holiday or getaway”.

We can expect to see this trend reflected around the country as people set off to explore their own backyards, rather than international pursuits.

Get the bloody hell out there

Freya Higgins-Desbiolles, a senior lecturer of tourism management at the University of South Australia, said COVID-19 has forced many Australians to “stop and think” about how important the home environment is.

“It makes you really appreciate the world environment and how much we take for granted, like going to the beach or a walk through the park,” Dr Higgins-Desbiolles said.

If that same number booked a trip on home turf, the nation would rake in more than $65 billion, Tourism Minister Simon Birmingham said.

The day after July 10, when Queensland is expected to open its borders to interstate travellers, director of PR agency DL Comms, Drew Lambert and his partner will travel and spend five days on Magnetic Island.

“We are celebrating my partner‘s birthday so he’s got the whole week off, but I will be working remotely. Still running my PR agency just from a nice warm climate with a beautiful view. We will be doing lots of eating, drinking, hiking, swimming and looking at sunsets,” Mr Lambert said.

He originally had two European trips booked this summer – one in May for Eurovision in the Netherlands, and a wine-tasting trip to Croatia in June.

“So many Australians were supposed to be in the northern hemisphere for a winter vacation, but now they can’t. That’s why we want to go to far north Queensland and help the economy up there.”

Australians are thirsty for travel, even just up the road