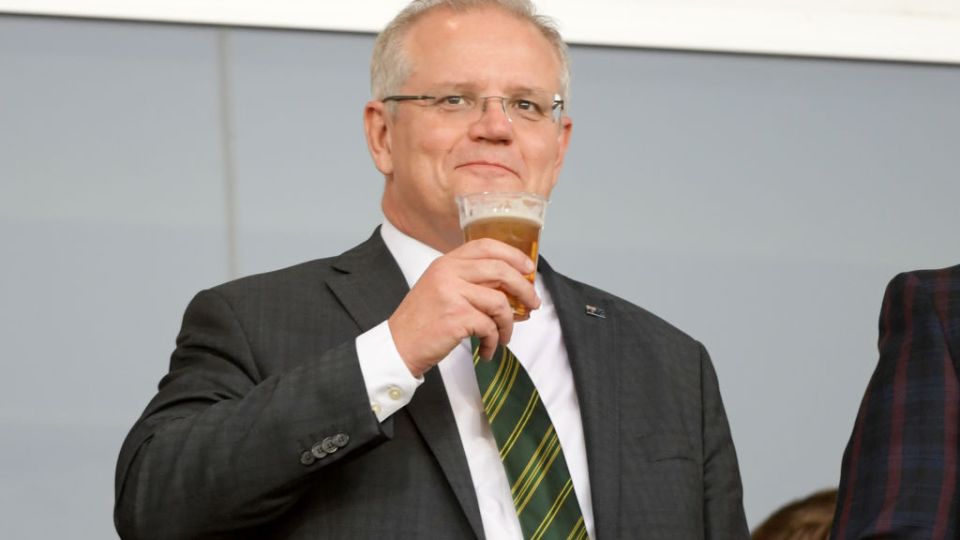 The extraordinary thing about the policymaking fairytale woven around Industrial Relations Minister Christian Porter and ACTU secretary Sally McManus is that it took a national health and economic crisis to get them talking to each other.

It’s clear this wasn’t the fault of McManus – she would have gladly had a conversation with Porter if he’d shown any interest.

He hadn’t and here’s why that’s quite remarkable.

The five areas of industrial relations reform outlined by Scott Morrison this week – award simplification; enterprise agreements; casuals and fixed term employment; compliance and enforcement, and greenfield agreements for new enterprises – were not cooked up in the process of putting the Prime Minister’s National Press Club speech together.

Porter had been charged to examine these specific areas of public policy following the election 12 months ago.

He’s been working on the task on and off ever since.

It’s understood draft legislation has been prepared in two areas, compliance and enforcement and laws applying to Greenfield agreements.

These are the proposed working group tasks the ACTU is most wary of, and the ones Porter has identified as ready for unilateral action if an agreement with unions and business cannot be reached.

Given Porter has been working on these policy areas – all of which contain probable landmines for unions – it’s extraordinary he’d had no contact with the head of the ACTU.

Hey, but, we’re all best friends now, calling, texting and Zooming as needs be.

Morrison’s excursion into IR reform was widely previewed, and his speech didn’t provide much, given that work on the government agenda was underway for almost a year.

It was not much more than Morrison getting Porter to set up meetings, supposedly without prejudice.

Despite the whimsical musing of some reporters and commentators suggesting Morrison was the new Bob Hawke and this was a 2020 version of the 1980s and 1990s accord between Labor governments and unions, this was not much more than an idea looking for a way ahead.

Morrison is not a modern-day Hawke – if he was he’d be running this reform process himself instead of outsourcing it to his minister.

The key to the success of the price and incomes accord adopted prior to the 1983 election and the national economic summit that followed was the commitment and application of the then Labor leader.

Hawke drove the accord with the ACTU – where he had been president prior to going into Parliament – and he chaired the summit, day and night.

He owned the outcomes and made them happen.

It’s obvious Morrison is staying at arm’s length from the Porter working party process so he can claim victory for what works and say he’d done his best when things don’t succeed.

The only meagre olive branch Morrison had when he fronted the Press Club was to pronounce dead the Ensuring Integrity Bill which placed prescriptive requirements on unions in the face of harsh and onerous penalties.

Given the bill had been rejected by the Senate once and looked destined to fail if it was brought back, this was a concession offering very little.

The areas of reform he has Porter working on have been contentious, deep-seated problems with no simple, consensual solutions.

Businesses believe there are costs arising from all the reform tasks Morrison identified and they will be pushing for concessions from unions. Unions are worried the bargaining position of workers could be eroded significantly if employers win greater sway.

Morrison might believe the current system too easily retreats to “tribalism, conflict and ideological posturing”, as he said this week.

However, he is as much to blame as anyone, which is why ANU historian Frank Bongiorno described the Prime Minister as being “one of the country’s chief tribalists, conflict merchants and ideological posturers” in his review of the government’s IR reform agenda this week.

Let us not forget what Morrison said about McManus and the unions just before the election last May.

He told business leaders in Sydney that the ACTU leader would be not just be in Cabinet if Bill Shorten won but she’d also have a say in the running of their enterprises.

“Sally McManus will now be a board member, figuratively, on every single one of your companies. The union movement will be in control of your businesses if the Labor Party are elected,” Morrison told the New South Wales Business Chamber in early May, 2019.

As the “new” Morrison might say, that’s so last year and we’ve laid down our weapons. Others might look skyward for signs of flying pigs.

Dennis Atkins: Scott Morrison isn’t the new Bob Hawke. This is why.