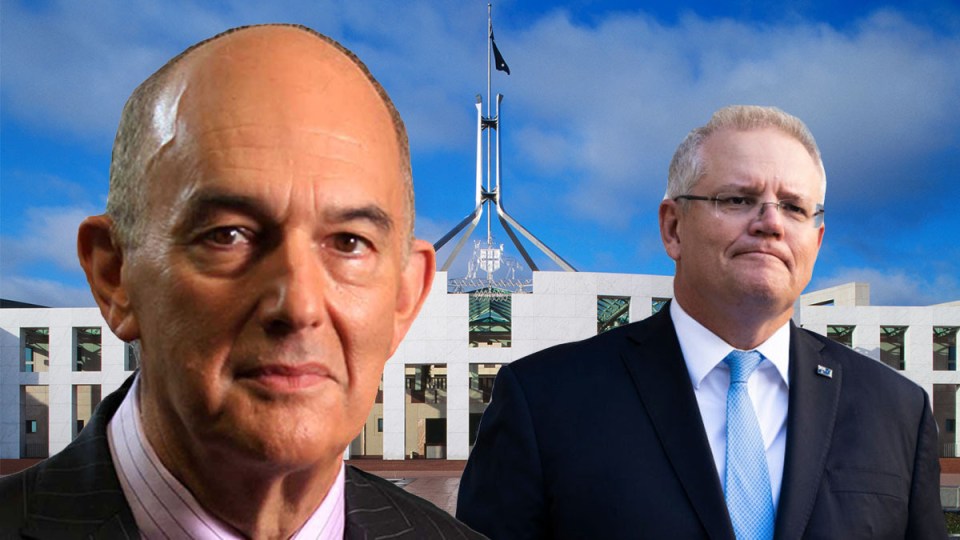 The Prime Minister at the National Press Club on Tuesday will employ as much power of positive thinking as he can muster to outline a “positive and optimistic way back” for the economy.

He will unveil a five-point JobMaker plan guided “by principles that we have always believed in”.

Reskilling and upskilling the millions who have lost their jobs in the pandemic shutdown will be a centrepiece of his roadmap.

For it to be anything other than a slogan Scott Morrison will have to more than reverse years of budget cuts in the areas of technical and further education.

In fact if Mr Morrison is fair dinkum about “supporting” those parts of the economy that have been devastated by the crisis, he will have to commit billions of dollars to the project beyond September.

And the reason is starkly there in the Treasury’s explanation for its overestimation of how many Australians would need the JobKeeper subsidy.

Two months ago when the rate of coronavirus infection was increasing at 20 per cent a day Treasury admits it best “guesstimated” that 6.5 million workers would be hit and the $1500-a-fortnight subsidy would cost $130 billion over the six-month period.

The nation’s response to the virus containment measures averted this level of catastrophe – only half the number fit the JobKeeper eligibility criteria and so $60 billion won’t be needed.

But – and it’s a big but – Treasury “continues to expect the unemployment rate to reach about 10 per cent” and in its Friday statement goes on to warn “the measured level of the unemployment is highly uncertain given the impact of social distancing restrictions on the participation rate”.

Indeed, if you take into account the number who has given up looking for work and the numbers who have seen their working hours slashed, underemployment is already estimated to be at 20 per cent, if not higher.

The PM and his Treasurer Josh Frydenberg immediately responded to the biggest error ever made in budget calculations by welcoming it as “good news”.

They sang in unison, it means it’s $60 billion of debt they won’t have to raise.

Economist Stephen Koukoulas says it is also $60 billion taken out of the economy that was earmarked for stimulus and support.

“It amounts to 6 per cent of GDP on a half-yearly basis. It’s massive,” he says.

The $60 billion JobKeeper error: What went wrong? The underspending had nothing to do with the labour market unexpectedly being better than Treasury was forecasting https://t.co/hCJBrWoLWm

And in the scheme of things it’s quibbling over the level of spending needed to avert a livelihood-destroying Depression for at least five million Australians and their families.

The debt mantra and the need to avoid leaving it for “future generations” rings hollow on several levels.

The first and most obvious is: Borrowing money, especially for a triple A-rated government, has never been cheaper.

Secondly, if it succeeds in stimulating the economy and “creating the jobs” Mr Morrison says is his primary concern, then there will be more companies and individuals paying income tax to pick up the tab.

The Prime Minister says he’s not interested in ideology in dealing with the crisis but he is trapped in a bizarre double speak: Demonising debt while at the same time “gulping” at its necessity.

On Sunday he said “it was a big gulp for the government to understand what we needed to do”.

Mr Morrison also said he won’t “put an additional burden on Australian taxpayers any more than is absolutely necessary”.

“Absolutely necessary” are the weasel words the government will have to rely on if it is not to preside over the biggest economic collapse since the 1930s.

Shadow treasurer Jim Chalmers accuses Mr Morrison of an “excessively political approach” sending out mixed messages that it would be “irresponsible to provide more support for the economy” while planning to announce more support at the National Press Club.

The first electoral test of this straddling of the barbed wire fence will come in the Eden-Monaro by-election on July 4.

Dr Chalmers says “the days of these guys being taken seriously on the budget or the economy are well and truly over”.

Paul Bongiorno: Being trapped in debt is the least of Scott Morrison’s worries