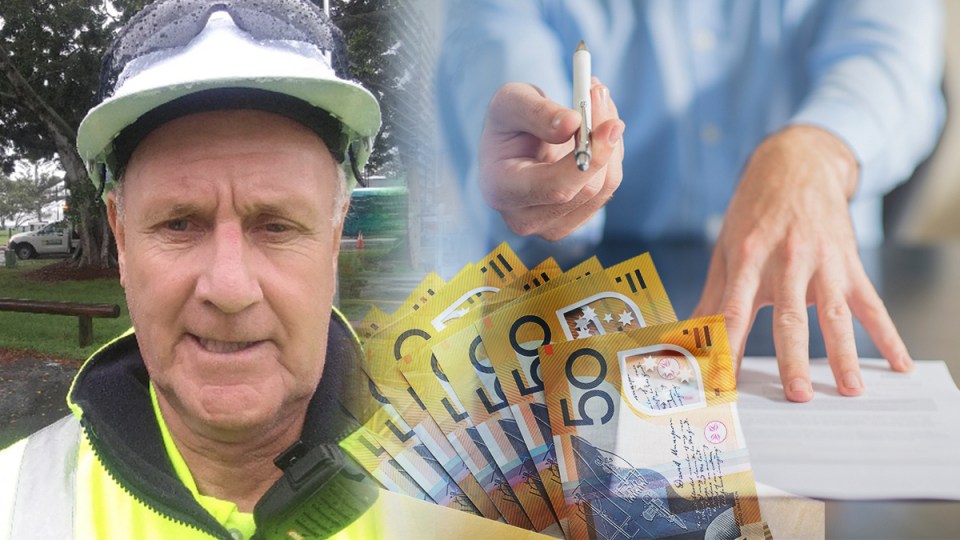 Mick Dempster was forced to sign a job plan, despite being employed. Photo: TND
exclusive

A cleaner being paid JobKeeper was convinced by an employment agency that he needed to sign a contract promising to attend interviews – even though he already has a job.

The New Daily has confirmed Mick Dempster, 65, was put on what’s known as a ‘job plan’ even though he remains employed and receives $1500 a fortnight while his shifts are on hold during the pandemic.

Signing Mr Dempster on to the plan would have enabled the job provider to claim a $269.50 administrative fee from the government.

“I already have a job. I don’t see why I had to sign that when I was already on JobKeeper,” Mr Dempster said.

He’s not the only one falling victim to the trap: The New Daily has uncovered a pattern of questionable tactics by private job providers looking to take in an extra share of cash from the public purse throughout the pandemic.

And the workers tasked with cold-calling the newly unemployed have since broken their silence, explaining how they are being pressured to turn up the heat on potential ‘clients’.

Before 1997, the government handled the task of connecting job seekers with employment and support services.

The system has since been privatised, with companies paid incentives from the public purse for their work managing welfare recipients’ cases.

Agents are generally given a deadline and set KPIs on the number of people they need to sign up to job plans and assist to find work.

All well and good in ‘normal’ times, perhaps.

But try finding work for people in the middle of a global crisis when unemployment is skyrocketing while the amount of available work plummets.

“They don’t necessarily care what we do with those people, or how we deal with those people providing that we get them into a job,” one agent told The New Daily on the condition of anonymity.

(Bosses want us to) keep them on our systems for as long as possible to get what’s called a service fee, where essentially we charge Centrelink for having these people on our caseload all the time.’’

Despite a drop in job listings, many providers are requiring agents to meet the same KPIs as before the coronavirus crisis.

Jobless Australians, some of whom are already struggling and stressed, are being cold-called, texted and emailed by agents who in some cases have wrongly informed them they must fulfil certain criteria to keep receiving welfare.

The advice from job agents to their potential clients has been despite the federal government announcing a moratorium on ‘mutual obligation’ requirements.

One woman, who works for a Disability Employment Service (DES) provider, told The New Daily managers have “threatened” there “could be job losses and/or reduced pay” if she didn’t sign up enough new clients.

“The job network system only thinks about dollars, not the staff, and don’t realise the impact this is having on us,” she said.

“I’m over it and very stressed and not sleeping.”

‘No choice in the matter’

Mr Dempster said the job provider called to request that he sign the job plan but he decided on a face-to-face meeting to figure out why.

The consultant then advised he could have his payments cut off if he didn’t agree to ‘mutual obligations’.

Feeling he had “no choice in the matter”, Mr Dempster said he did as he was told.

“I’ve been down this path with them before (not complying with requests for signatures) and I’ve been cut off on the spot,” Mr Dempster said.

The plan included conditions that, as well as attend job interviews, Mr Dempster follow up job referrals and go to fortnightly “face-to-face” meetings with the employment service.

Another compulsory requirement was that he “agree to undertake 30 hours per fortnight of work Paid Work (sic)” from May 13 until November 13.

That’s all despite him already having an ongoing job and the government granting his employer JobKeeper payments to pass to him while shifts dry up during the pandemic.

A statement from the Treasury read: “Eligible employees for JobKeeper payments are not required to complete a job plan.”

Mick already has a job, so why is he being forced to go to interviews?