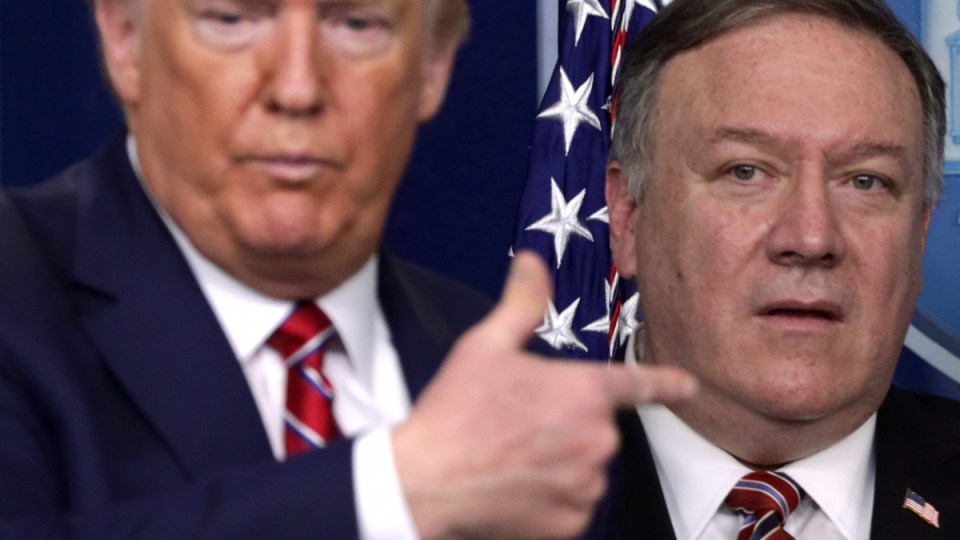 The US Secretary of State has said his nation could “simply disconnect” from Australia if Victoria’s trade deal with Beijing affects US telecommunications.

Mike Pompeo said while he was unaware of the detail of Victoria’s agreement, he warned it could impact the Five Eyes intelligence-sharing partnership with Australia.

In an interview with Sky News, Mr Pompeo warned the Belt and Road agreement with the Andrews Government increased the Chinese communist regime’s ability to do “harm”.

The highly controversial scheme has been panned by many Western democracies, including Australia.

But Victoria has gone it alone on signing up to the infrastructure initiative, with Premier Daniel Andrews inking a Memorandum of Understanding with China in 2018 and committing to deepen the state’s involvement in 2019.

The non-legally-binding agreement allows Victorian infrastructure experts to get access to the hundreds of billions of dollars of projects slated for the Belt and Road.

“To the extent they have an adverse impact on our ability to protect telecommunications from our private citizens, or security networks for our defence and intelligence communities — we simply disconnect, we will simply separate.

“We are going to preserve trust in networks for important information. We hope our friends and allies, especially our Five Eyes partners like Australia, do the same.”

Mr Pompeo said the scheme broadly came at “some cost” to those who signed on.

“Every nation has its own sovereign right to make decisions for itself, and I suppose Victoria has some rights that it can undertake, but every citizen of Australia should know that every one of those Belt and Road projects needs to be looked at incredibly closely,” he said.

The State Opposition has criticised the Andrews Government for continuing with the infrastructure deal despite increased tensions between Canberra and Beijing.

China has reacted angrily to the Federal Government’s push for an independent inquiry into the origins of the COVID-19 pandemic.

Beijing has recently imposed tariffs of 80 per cent on Australian barley and put an import ban on four Australian abattoirs, moves which the Morrison Government says is unrelated to the inquiry.

But Victorian Treasurer Tim Pallas last week made a connection to the events, saying: “I don’t suppose it would come as a surprise to anybody that this was the consequence of the way that the Federal Government had conducted themselves.”

He earlier told a parliamentary committee the state would “absolutely not” be putting the deal on hold while the inquiry was conducted.

When asked about Mr Pompeo’s comments at a press conference today, Mr Andrews said while he had not seen the interview, “my position on these matters is very well known”.

“It’s all about Victoria jobs and we’ll continue to work at a strong partnership,” he said.

“Doesn’t mean we agree on everything, there are many things we don’t agree on.

“But what I think all of us here and indeed both parts of our partnership, both Victoria, Australia and China — surely we all have to concede and we all have to recognise that a good, strong partnership is in everyone’s interests.”