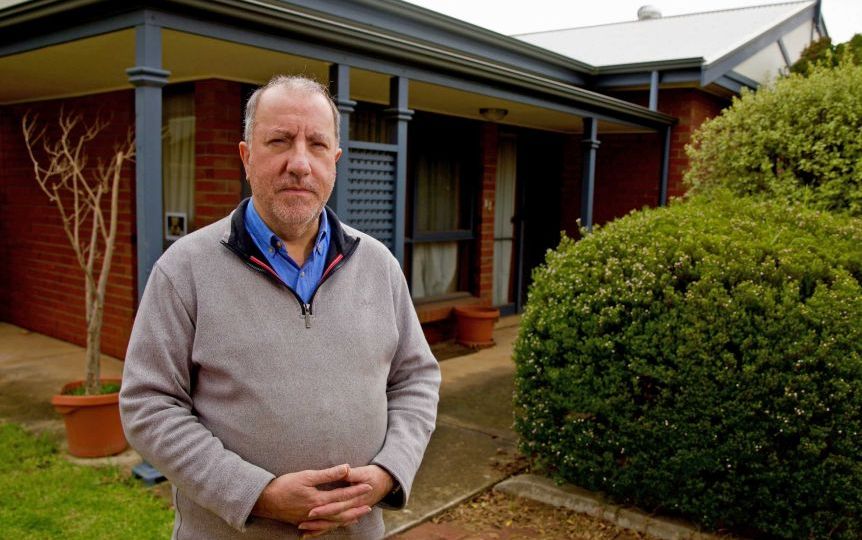 Thanasis Avramis has been an advocate of solar panels since he had them installed in 2008.

He is not happy with a new proposal from authorities to switch off or constrain output from household solar systems as an emergency measure to stabilise the nation’s electricity grid.

“In the last 12 years we’ve probably earned about $9000 worth of feed-in tariff. That’s been a very substantial reduction in the cost of our electricity,” Mr Avramis told 7.30.

“The default position has often been to force a solution on Australian families for problems that are the fault of the network as a whole – and the regulator – and the many particular governments at one time or another that have not been able to plan properly.”

Australia is leading the world in per capita growth of rooftop solar, with new panels installed about every six and a half minutes.

But the proliferation is at times leading to grid instability, prompting the Australian Energy Market Operator (AEMO) to call for the switch-off measure.

AEMO CEO Audrey Zibelman said it would only be used in emergencies if the grid became overwhelmed.

“This is very temporary, very limited and really, what we would say, a last-resort control we need if we were worried the system would otherwise go black,” Ms Zibelman told 7.30.

“When we have way too much solar there’s so little load we can’t even manage to keep the balance with the generators, and in that context there’s always a risk that the system could fail and will go black.”

Households installing solar in the future would be affected by the measure through new inverter standards.

So-called “smart inverters” have software that can be externally controlled.

AEMO said existing panel owners would not be asked to retrofit their systems but they would be caught up in the changes if their inverter needed replacement.

The lifespan of an inverter is about 10 years.

“What we’re looking at is for people to put in these smart inverters and to have standards in place so we could do it now. We have to take these actions in the next few years. This is not something we can wait on,” Ms Zibelman said.

If solar panels were switched off by the electricity distributor, households could still draw electricity from the grid.

“When the inverter operates to disconnect from the power system the solar stops operating. As people are looking at smart integrated systems with batteries, the expectation is that the batteries would serve as a backup,” she said.

AEMO said too much solar was an issue when demand for electricity was low.

In South Australia last spring, minimum demand records were repeatedly broken in the middle of the day amid mild sunny conditions, including on November 10 when rooftop solar peaked at 64 per cent of the state’s energy needs.

Solar operates “behind the meter” or out of control of the authorities.

As the level of solar is unpredictable it poses challenges for frequency and voltage.

AEMO said South Australia was particularly at risk if it became disconnected from the national electricity grid.

“We don’t have visibility in the sense we don’t know it’s [solar] going to be there. It makes the operation of the system harder for us,” Ms Zibelman told 7.30.

By 2025 renewable energy is predicted to supply up to 75 per cent of the nation’s power.

“We wouldn’t want a situation where we have these systems create an issue, where we lose the entirety of the power system and it goes black for a long time. I think everyone would agree that’s not an outcome we would want,” Ms Zibelman said.

“Rooftop solar is such an important part of the system now we need to make sure it works.”

‘Don’t allow this to be Big Brother taking advantage’

He is worried that once the ability to switch off solar systems is added, there could be pressure to externally control them more regularly.

“The threat lies not with the market operator, but the control mechanisms that they establish may well be taken advantage of by other forces who want to throttle back rooftop solar to look after their own commercial interests,” he told 7.30.

“Let’s make sure when we put these control systems in place on inverters that we don’t allow this to be Big Brother taking advantage of small consumers by the big end in town.”

Ms Zibelman said solar households were not being targeted.

“This has nothing to do with the big companies getting in our ear. AEMO is independent from any of those companies,” she said.

“I would say to anyone who thinks that all of the onus is being put on one sector or another, what we’re looking at is actually changing a lot of elements of the sector, including putting extra requirements on existing generators.”

Mr Avramis said there should be more investment in grid infrastructure and batteries instead of curtailing solar.

“From the comments I’ve seen, many people would be tempted to just go off-grid,” Mr Avramis said.

“I think it’s a backwards step for AEMO to try and make Australian families pay for the mistakes of others.”

She wants the new controls in place by the end of the year.

“I know there are concerns, people saying, ‘Why was this not planned for?'” she said.

“The growth in rooftop solar since 2010 [means] this is an issue that’s developed very quickly.

“There are going to be a lot of learnings as the energy system shifts and we need to be prepared to modify our behaviours.”